More and more Indian women are signing up to learn karate, Israeli krav-maga and traditional stick-fighting. Not to protect themselves against thieves, but against the sexually frustrated.

More and more Indian women are signing up to learn karate, Israeli krav-maga and traditional stick-fighting. Not to protect themselves against thieves, but against the sexually frustrated.

Harassed in the streets, public transport, trains, shopping malls and even airports, Indian women have decided to react. In New Delhi, often termed the "rape capital" by national media, nearly 70,000 Indian women have signed up to self-defence courses since 2002. Some of these classes (martial arts, the Israeli army's self-defence method of krav-maga, etc.) are organised by private institutes, others are conducted by public bodies, notably by the New Delhi police, to combat violence against women.

Indian advertisement against sexual harassment. Video posted on YouTube by coderedreel on February 21, 2007. 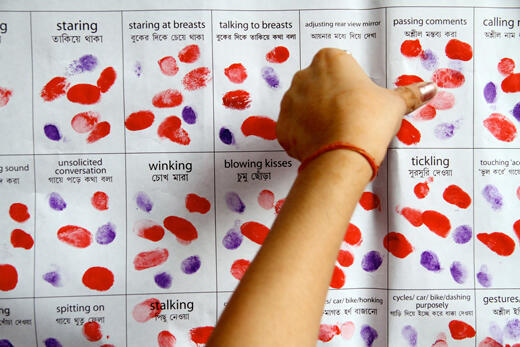 Sensitivity campaign in Calcutta. On this poster, women are asked to leave their fingerprints in the field corresponding to the kind of harassment that they've undergone: staring, staring at breasts, male posturing, unsolicited remarks, lewd comments, winking, spitting, molesting, tickling... Photo published February 23, 2010 on the Blank Noise blog. 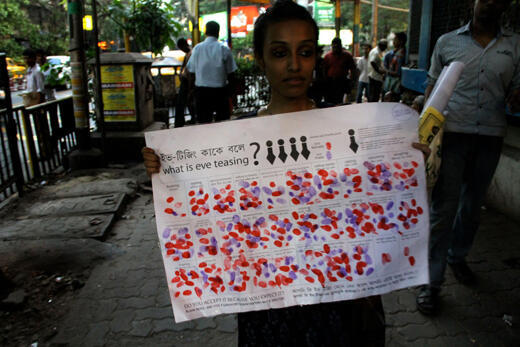 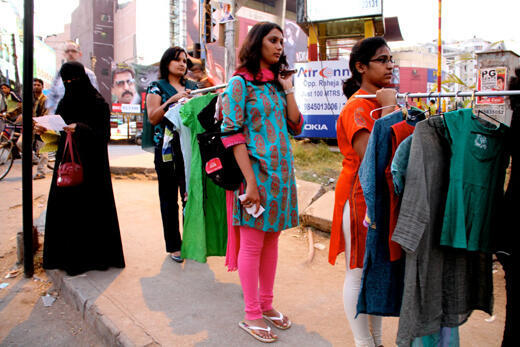 Sensitivity campaign - "I never ask for it" - women are asked to donate the clothes they were wearing when they were harassed. Photo published February 21, 2010 on Blank Noise. 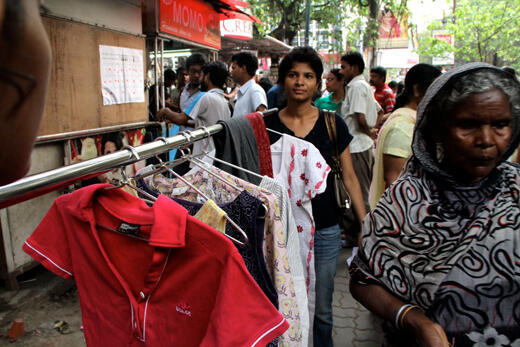 Sensitivity campaign - "I never ask for it". Clothing worn by women when they were harassed. Photo published February 21, 2010 on Blank Noise.

"The tone of the training is important: it says don't feel victimized, fight back, do not operate from fear."

Jasmeen Patheja is the founder of Blank Noise, an organisation fighting against sexual harassment in India.

For a long time 'eve-teasing' has been seen as a non issue, dismissed as just 'teasing'. 'Eve teasing' [the term used in India for sexual harassment] has been seen as something men and  boys do and women must work their lives around it. Even the word 'teasing' in the phrase 'eve-teasing' immediately defends the potential perpetrator, or harasser as the person who was simply teasing, and did not intend harm or anything serious.

Self-defence classes have been given in the last few years to women in many Indian states. There is definitely a need for collective action to address street sexual violence. The tone of the training is important: it says don't feel victimized, fight back, do not operate from fear.

There is a popular embedded assumption that 'good' girls, 'decent' girls don't get sexually harassed; 'If you experienced sexual violence, you must have provoked it'. In an environment of blame, and the responsibility of safety being put on women, it becomes more challenging for women to admit to being sexually violated. At Blank Noise we are addressing the notion of blame with our campaign "I never ask for it”. 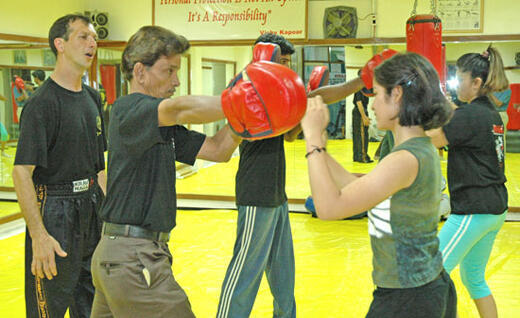 Krav-maga course in New Delhi. Photo published on this site. 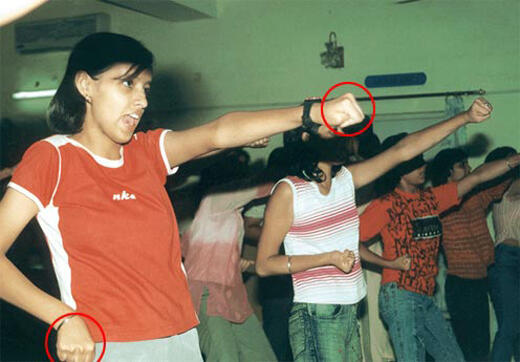 Indian women participate in self-defence sessions organised by New Delhi police to fight against violence against women. Photo taken from the website of the India's Ministry of Defence by the blog cribb.in. 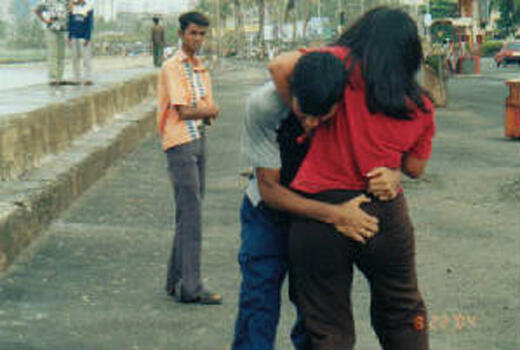 A karate course in Bombay. Photo published on the website "Defense against Rape and Eveteasers Dare". 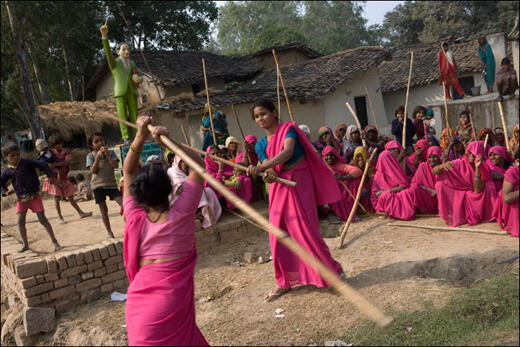 Members of the Gulabi-Gang ("Rose Gang"), which defends the rights of women in India, during a training session with the lathi, a traditional Indian stick. Photo published on vinimanilli's blog on January 26, 2009.