The whole world discovered vuvuzelas thanks to the World Cup. Loved by South Africans but , the bellowing horns are supposedly a longstanding cultural tradition in the Cup’s host country. But one of our Observers has spoken up to defend the instrument’s alleged Moroccan heritage. Read more...

Thanks to the World Cup, everyone has now heard of vuvuzelas. Loved by South Africans but hated by virtually everyone else, the bellowing horns are supposedly a longstanding cultural tradition in the Cup’s host country. But one of our Observers has spoken up to defend the instrument’s alleged Moroccan heritage...

François-Xavier Fauvelle-Aymar, a French academic who specialises in South African studies, told the French press that he had "no idea where the gizmo comes from", adding that it looks like a "fairly recent instrument". One thing is for sure, he added: "There are no wind instruments in South Africa’s cultural heritage".

According to a South African news website, a man named Freddie “Saddam” Maake invented the South African vuvuzela in the 1960s. This die-hard football fan reportedly costructed a rudimentary aluminium horn to blow in stadiums, and the idea stuck.

South African or not, one thing is certain: vuvuzela-like instruments come in many shapes and sizes across the African continent. 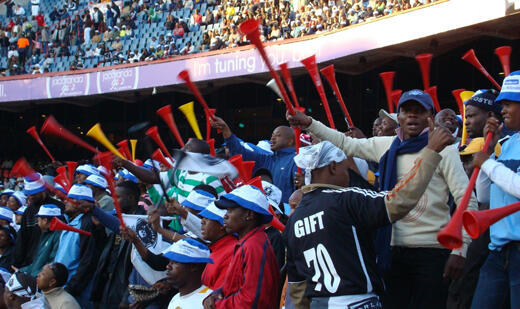 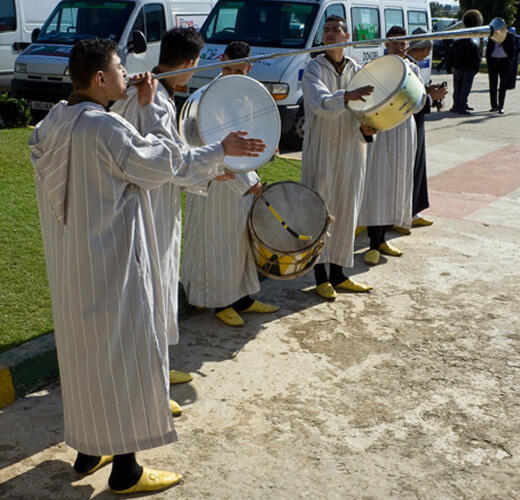 Mmusician playing a nefir. Photo published on Flickr by Kieran Turner, on April 14, 2009. 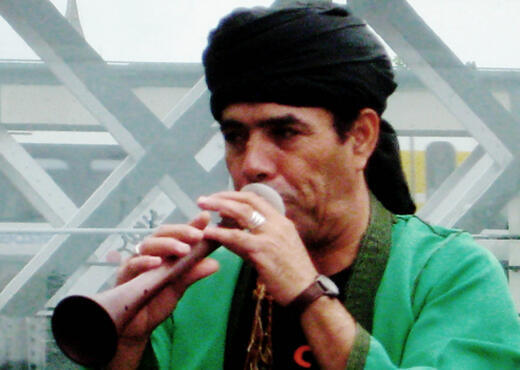 Musician playing the mizmar. Photo published on Flickr by Ronald Hackston, on June 18, 2009.

"We’ve had vuvzelas in Morocco for centuries"

Larbi is a Moroccan computer consultant who lives in Paris. He humorously defends the vuvuzela’s supposed Moroccan origin on his blog.

This year the whole world discovered the vuvuzela, but in Morocco its has been around for centuries. We call it a "bouc", from the latin "bucca", or mouth. The bouc has a similar shape and sound to the vuvuzela, except that here we mostly use it at weddings and folk events, rarely in stadiums. In traditional rural areas, the day before a wedding the groom’s parents march across their village blowing boucs as they bring gifts to the bride.

Moroccan boucs are usually carved out of wood, as opposed to the industrialised, plastic South African version.

Moroccan Sufis of the Aissawa brothership use two instruments similar to the vuvuzela in their meditative music: the "mizmar", or bombarde, a 40cm-long pipe made from the wood of apricot trees, and the "nefir", a kind of long iron trumpet used to punctuate prayers with repeated calls to God.".