Thousands of Chinese immigrants marched in the Parisian neighbourhood of Belleville on Sunday to protest against the growing insecurity they say their community faces.

Thousands of Chinese immigrants marched in the Parisian neighbourhood of Belleville on Sunday to protest against the growing insecurity they say their community faces.

Belleville, situated in a working-class and multi-ethnic area in the 20th arrondissement, is home to one of the capital’s two small “Chinatowns”, known for its Chinese restaurants and markets. Chinese immigrants in France are usually a quiet bunch, so seeing more than 8,000 of them (20, 000 according to high-end estimates) marching on the Boulevard de la Villette was a rare and striking sight for Parisians. According to the organisation behind the march, it was the largest protest ever organised by the Chinese community in France.

Several violent incidents broke out towards the end of the march, when a group of about 50 protesters clashed with a dozen youths loitering on the street, as well as police forces. Three Chinese men were briefly detained following the skirmishes.

Images of the protest

A young protester arrested by the police. Video published on YouTube by frliyong86 on june 20, 2010. 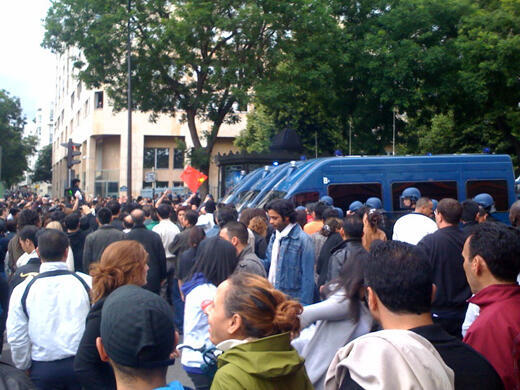 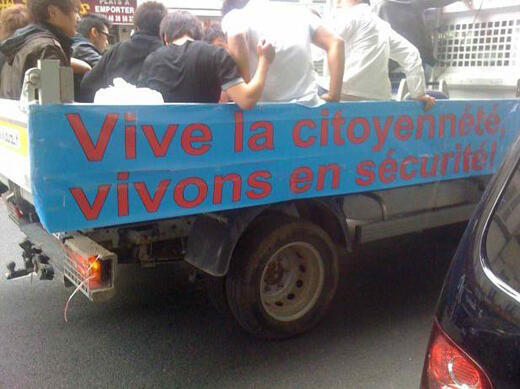 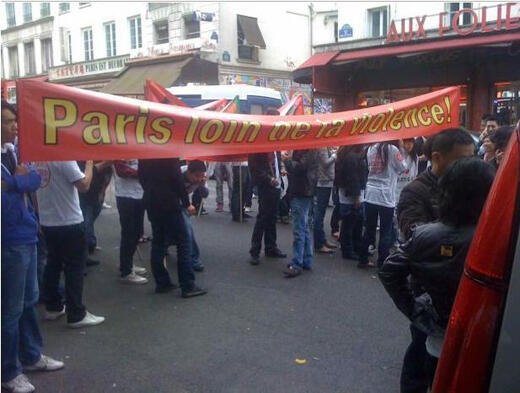 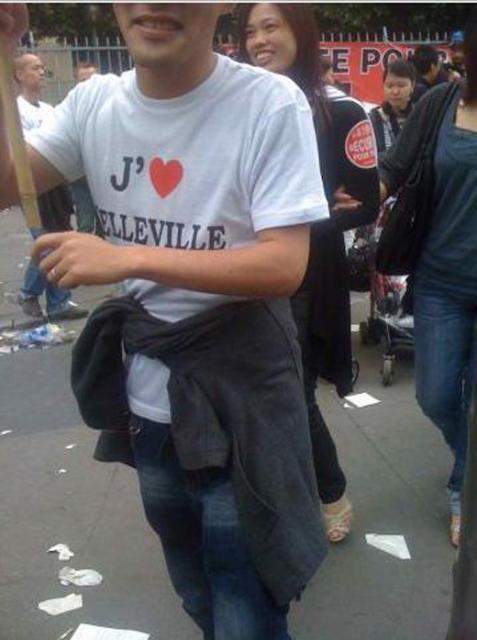 5000 'I love Belleville' t-shirts were handed out to protesters. Photo published by FranckContat on Ow.ly on June 20, 2010. 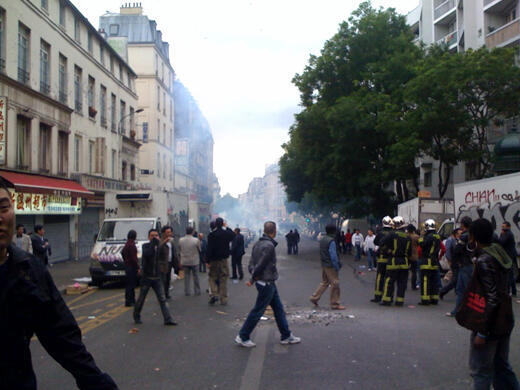 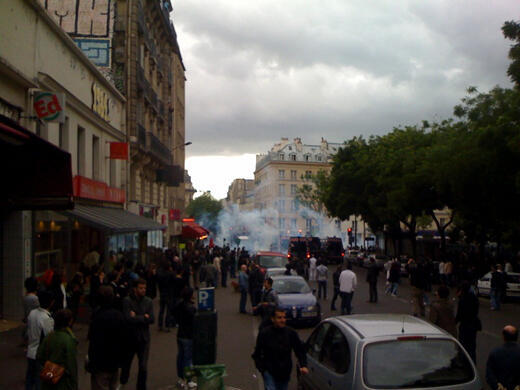 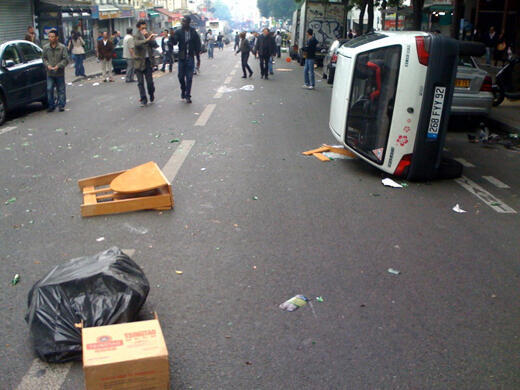 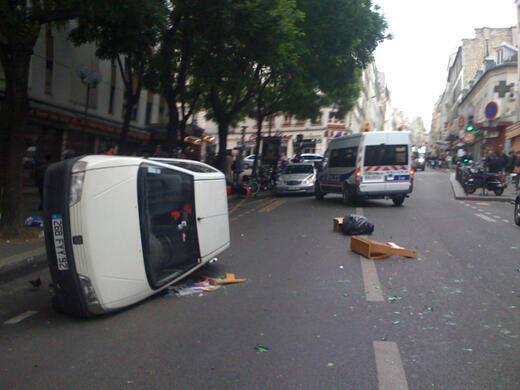 Alain Wong is 34, and is a storekeeper in Marseilles. He travelled to Paris to take part in the protest.

The march turned sour after a bunch of youths stole a Chinese female protester’s handbag. Several Chinese tried to run after the thieves, but policemen actually barred their way! Can you imagine the nerve, robbing a woman who is actually protesting to denounce insecurity? And police doing nothing to stop them? One of the attackers even filmed the scene, as if to taunt us. The police should be helping innocent citizens; instead, they chose to protect a bunch of robbers in the name of “public order”. That’s what sparked Chinese anger, and explains the incident between some protesters and the police.

Virtually every single one of the protesters has been a victim of either physical or verbal attacks. The kind of violence targeting the Chinese minority is hidden, pernicious. I have experienced anti-Chinese racism since I was 6 years old, but the phenomenon is seldom recognized by the mainstream French.

The Chinese are easy targets. Most only live in France to work and never learn the language. Many don’t have legal working papers so are afraid to go to the police if they are robbed or attacked. They basically have no visibility. Chinese girls probably have it worst of all: if they are in the street in Belleville they are treated like prostitutes. There have been cases of kidnapping and rape. It sometimes feels that, in the collective unconscious, everything ‘made in China’ is worth nothing, including the human beings.

We wanted to state our case, to denounce the violence we Chinese have to live with, and stress that we’re not going to put up with it quietly anymore. The first generation of immigrants remains discreet, but the second generation, the one born on French soil, is ready to speak up."

“We marched to show that we are united and strong”

Cheng Chi, a retired seamstress from Taiwan, has lived in Belleville for 6 years. She took part in the protests.

When I was on my way to the protests, I saw a man with a Chinese flag. I told him to put it away and wave a “stop insecurity” banner instead. We weren’t there to be patriotic, or xenophobic. We were there to fight for our right to live in peace and security. We aren’t trouble makers. We don’t want to make problems.

The march was mainly to show that we stand united, that we can speak with one voice and we’re not as weak as some people think. Sadly, right now, Belleville isn’t quite "Beautiful city". It’s dirty, badly organised, and there are thugs hanging around in the street. I try not to go out at night"