A visit to a bus shelter may not be on every tourist's wish-list, but such is the notoriety of "Bobby's Bus Shelter" in the Shetland Isles, that it is visited by bus loads of tourists every day during the summer. The reason: the inventive decor, some homemade fudge, a pair of resident beer-quaffing hamsters and an intriguing story.

A visit to a bus shelter may not be on every tourist's wish-list, but such is the notoriety of "Bobby's Bus Shelter" in the Shetland Isles, that it is visited by bus loads of tourists every day during the summer. The reason: the inventive decor, some homemade fudge, a pair of resident beer-quaffing hamsters and an intriguing story.

On a perishing winter morning in the northernmost point of the British Isles, a small child of six awaits the school bus in the dilapidated, rickety, old bus shelter. Fed up with the cold wait, he writes a letter to his local newspaper. The council takes pity on little Bobby and installs a brand new one. But shortly afterwards, some strange things begin to appear: first some wicker chairs, then a microwave, then a carpet, telephone and curtains... none of the Isle of Unst's 500 inhabitants claim responsibility.

From such humble beginnings, the eccentric bus shelter has become an essential stop on the isle of Unst, partly due to the creativity of the "Bobby's Bus Shelter Executive Board" who change the interior on a regular basis. The bus shelter's previous incarnations include an underwater theme, a yellow theme, a space theme and an African theme when not-so-little-anymore Bobby departed to live in Swaziland.

It is even reputed to have “hosted the crown jewels” and "harboured weapons of mass destruction". It is visited by thousands every year, has its own range of memorabilia and has even won internet awards. Bobby, who now lives in the somewhat warmer climes of Africa, explains the intriguing story of what must be the most famous bus shelter in Scotland, if not the world...

The yellow-themed Unst Bus Shelter (some rumours suggest that the theme was chosen because it was going to vote for the Liberal Democrat Party. Or would have done had it had the constitutional right as a bus shelter to do so). 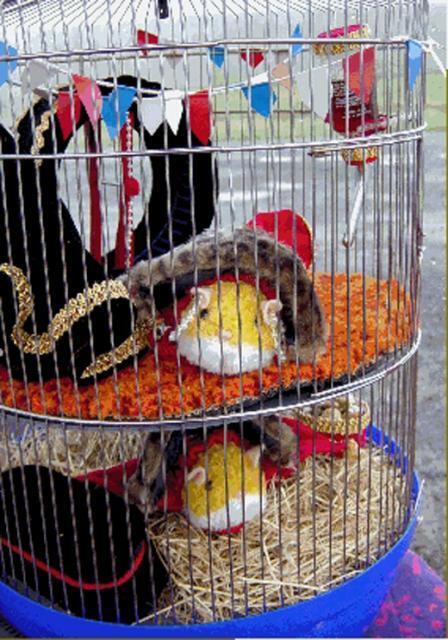 Fairy lights are placed in the bus shelter in the winter.

The crown jewels, “lent by Her Majesty”, which “arrived by Securicor van”.

The Africa themed Unst Bus Shelter, in honour of Bobby's departure to Swaziland. And also because someone had several meters of giraffe-print cloth.

The current oufit of the bus shelter celebrating World Cup 2010.

Bobby Macauly is the boy who wrote the letter to his local newspaper. Now 21, he lives in Swaziland, while his mum takes care of the bus shelter.

The letter I wrote at the age of six probably only got published because I was so young. I had no idea the whole thing was going to snowball like it has! We don't take it too seriously though, it is still just a bit of fun. To this day I don't know who was the first to put furniture in the shelter, but instead of throwing things out, local people just started putting things in the bus shelter. At one point we had a computer. It was not connected though. Considering the winters we have, electric appliances would probably explode! One day some hamsters appeared, they are now permanent residents chugging their water bottle containing locally brewed beer. They're not real by the way.

In the visitors’ book, there are people who come from as far as Canada and Australia. Some were just on a tour and didn't know about the shelter, some have come expressly to see the shelter! That’s where the idea to make ‘Unst Bus Shelter fudge’ came from, which my mum makes and sells, as a souvenir.

I suppose one of the highlights for the bus shelter was the Jubilee celebration decoration, when the hamsters even dressed up. We joked that we'd 'borrowed the crown jewels' and a journalist from one of the major British papers called to ask how they had got here. I told her that it was by Securicor van - I think she believed me! I might have pushed it too far when I told her that we were expecting a visit from the UN weapons inspectors. I was only fourteen and she didn't realise I was pulling her leg!

The following year, the Unst Bus Shelter got a Yahoo! award for the best community website in 2003. It was a bit embarrassing actually, I had designed the website when I was eight or nine, and there I was aged 15 going to London with my mum (not by bus, thankfully) to get an award for it! I beat David Beckham's website, but came second after Eddie Izzard [a well-known British stand-up comedian], so that's not bad. It was all a bit surreal actually!

I don't really have a favourite theme. Although I missed the Africa one because I was in Swaziland. My mum, who now does all the decorating, happened to have loads of giraffe-print material. I do like it in winter though, we have fairy lights which run off a generator. Sometimes when there are power cuts on the island due to the snow or wind, they are the only lights still on!"