Megaphone in one hand, magic potions in the other, Congo's "traditional practitioners" walk the city streets in search of the sick and wounded. While the most they've got is a first-aid certificate, they sell themselves as doctors who can cure problems modern medicine can't. Read more...

The sign, in Kisangani (north DRC), reads: "The world's visionary master, Dr Mystic Kay. We believe in god, but we trust plants".

Megaphone in one hand, magic potions in the other, Congo's "traditional practitioners" walk the city streets in search of the sick and wounded. While the most they've got is a first-aid certificate, they sell themselves as doctors who can cure problems modern medicine can't.

Over in Senegal, the country's health minister says the term "tradipraticien" - which literally means "traditional practitioner" - refers to: "A person publicly recognised as someone who knows how to employ the virtues of plant, animal and mineral matter and who is able to diagnose a problem and prescribe a traditional treatment".

Being "publicly recognised" doesn't wash with the World Health Organisation however. In 2006, the international health watchdog authorised an ethical code which requires practitioners to follow certain regulations. Among them:

Despite the rules, there's an increasing number of tradipraticiens in the Democratic Republic of Congo (DRC) who are reportedly ignorant of these legal obligations. The boom is unsurprising - there is only one doctor per 25,000 residents in DRC. In comparison, there is one tradipraticien to every 200 residents already.

Tradipraticiens advertise themselves in Senegal

An advert for a Senegalese tradipraticien. Posted on YouTube by "espoirdekeurndiayelo".

“He claimed to possess a magic herb that cures haemorrhoids, malaria, typhoid and tuberculosis”

Boyomais (not his real name) is a blogger from Kisangani in DRC.

I see street tradipraticiens every day here. They head for busy crossroads and markets to harangue people with photos of patients they claim to have cured. People do look because they're curious about the hideous pictures. And some of them fall in the trap. 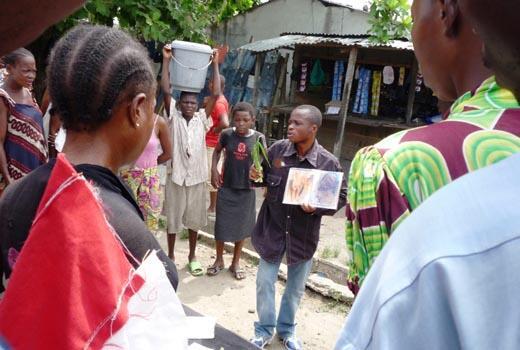 The tradipraticien that I photographed claimed to possess a magic herb that, once mixed with certain chemicals, water and salt, would cure almost all ills - haemorrhoids, malaria, typhoid, tuberculosis [some tradipraticiens even claim to have found the cure for the AIDS virus]. 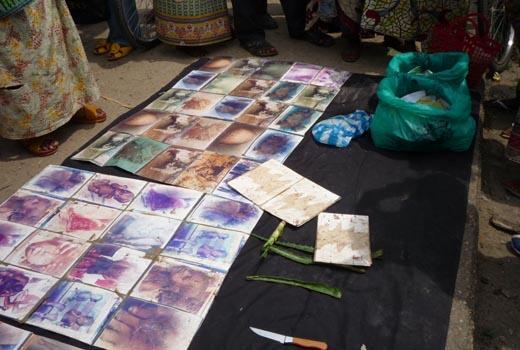 A man from my neighbourhood who suffers with kidney problems tried this magic cure after several modern medicines failed him. At first, he felt much better, but after a few days, the pains returned, and much worse than before. It's not really surprising; what these tradipraticiens put in their potions is very vague.

Miracle medicines the norm in DRC

People seem to be attracted to miracle medicines in our culture. They don't like modern medicine because they have to wait for it to take effect. It's not even a question of money because most of the time the ‘medicines' offered by the tradipraticiens are even more expensive. The man I mentioned sells a cup of liquid at between 500 and 1,500 CFA francs (70 euro centimes to €2.50). And you have to pay for the diagnosis as well.

We're really lacking regulation in the health sector here. Some tradipraticiens even have surgeries, with no authorisation. Some of them have managed to pay TV and radio station to play their advertisements [despite a 2008 ban by the media authority]. It's complete anarchy. The authorities need to sort it out." 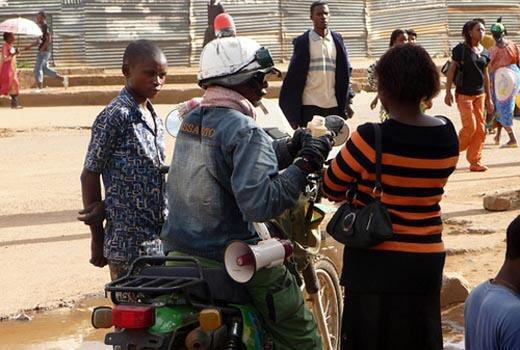 Tradipraticien on a motorbike in Lubumbashi (south). Photo posted on Flickr by Congoblog.