These are the opening lines to a song that's proving worryingly popular in Beirut and Damascus. Naturally, it's also causing quite a stir with local women's rights supporters. Read more...

The singer in question, Mohamad Iskandar. Image posted on Facebook.

These are the opening lines to a song that's proving worryingly popular in Beirut and Damascus. Naturally, it's also causing quite a stir with local women's rights supporters.

The song has enraged women's rights groups to such an extent that on 30 April a group of them met in the centre of Beirut to march in protest against "the stereotypical image of women" advocated by the lyrics. The following day in neighbouring Syria, an independent women's organisation called on the country's radio stations to boycott what they described "the promotion of poor taste".

Soon enough, a Facebook group was created to counter-attack the movement and support the song. The song itself, sung by Lebanese popstar Mohamed Iskandar, is clearly profiting from the controversy. Released just over a month ago, it features in the top ten hits of several radio stations.

The protest in action 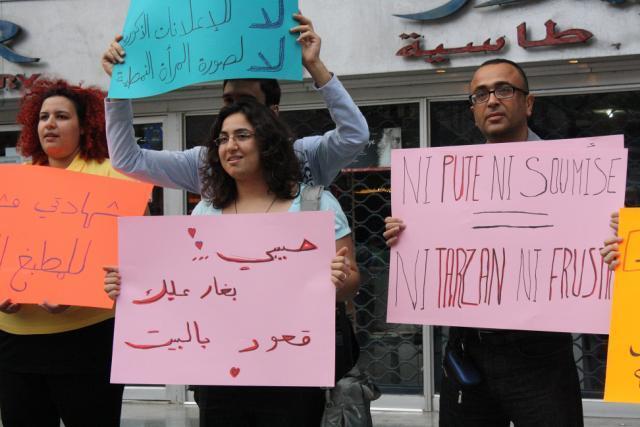 On the card in the centre: "If your sweetheart is jealous, he'd better stay home". Photo posted on Flickr by Mozzoom, 30 April 2010. 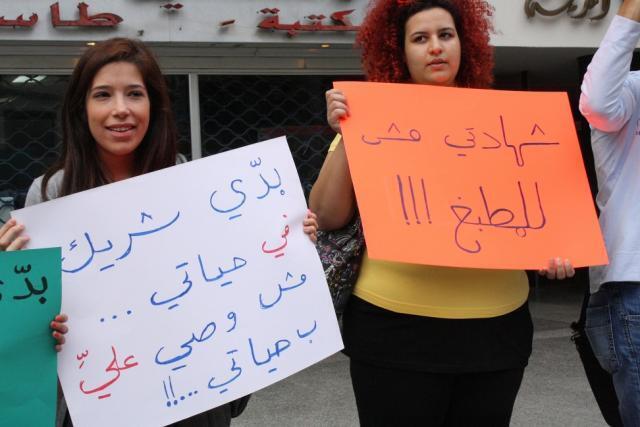 On the orange card: "My degree isn't in cooking your dinner". On the white card: "I'd like a partner, not a guardian". Posted on Flickr by Mozzoom, 30 April 2010. 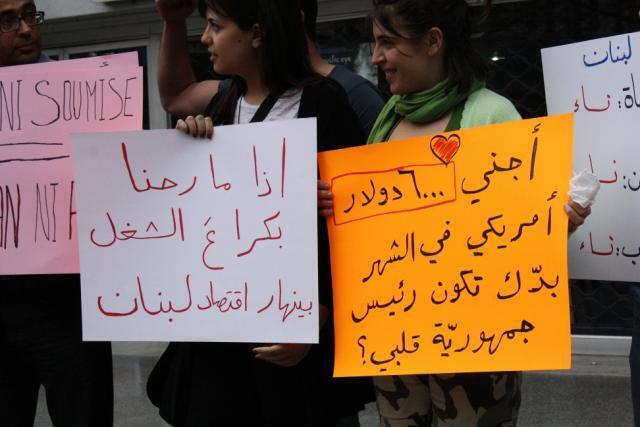 On the white card: "If we were to stay at home tomorrow, the Lebanese economy would collapse". On the orange card: "I earn 6,000 dollars a month - do you want to be president of the republic of my heart?" Posted on Flickr by Mozzoom, 30 April 2010. 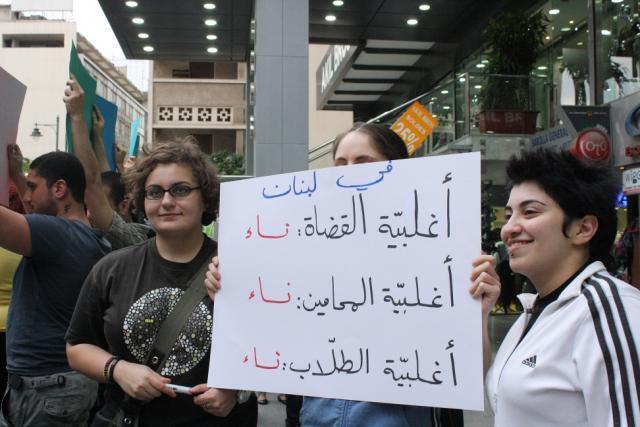 In Lebanon, the majority of judges, lawyers and students are all women". Photo posted on Flickr by Mozzoom 30 April 2010.

The song translated into English

Translated and subtitled by FRANCE 24. Original clip posted on YouTube by "SyriaQueen90" 19 April 2010.

Leen Hashem is a member of the Beirut-based women's rights association, "Nassiwiya". She organised the march on 30 April.

The first time I heard the song, I was driving. I was so pissed off by the lyrics I had to pull over. To belittle women and trample on their rights is not creative. It's an insult to all women. In the last few years, a number of sexist songs have been released, but this one is the straw that breaks the camel's back. So I decided to do something. I created a Facebook group in protest against all forms of ‘art' which undermine women.

Iskandar's song reflects the attitude that women shouldn't work. It also promotes the dangerous manipulation of using love as an excuse for keeping women at home. It's even worse that this obscure vision of ‘a women's place' comes in the form of a song. We all know how influential songs can be on young people. In defence of the lyrics, which were written by his son, Iskandar says that working women result in a lack of education at home for children. He thinks that women working will see ‘the family' disappear and therefore result in the downfall of society.

We're currently trying to get the song blocked on the radio. But sadly, it's not something unusual here. You only have to walk down the street in Beirut to see adverts that demean women and joke about their intelligence. A little while ago, there was a billboard campaign for a supermarket that showed a woman saying ‘If I win the lottery [which the shop was selling tickets for], I'll surely find a husband'. At Nassiwiya we decided to respond with our own version. We replaced the text so that it read ‘If I win the lottery, I'll open an advertising agency that doesn't take women for idiots'." 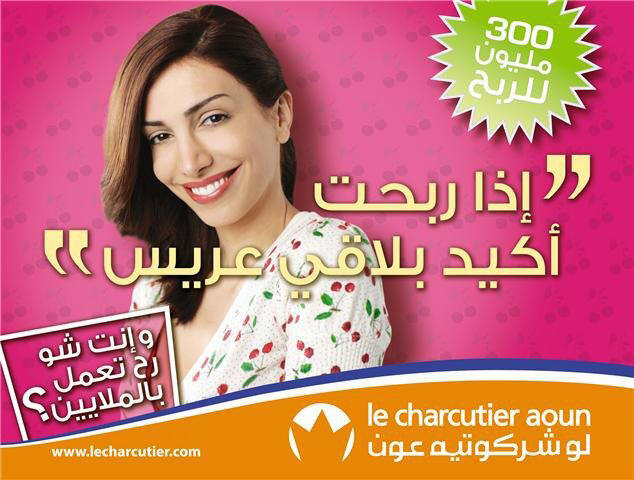 The original ad: "If I win the lottery I'll surely find a husband". Image posted on Facebook 1 April 2010. 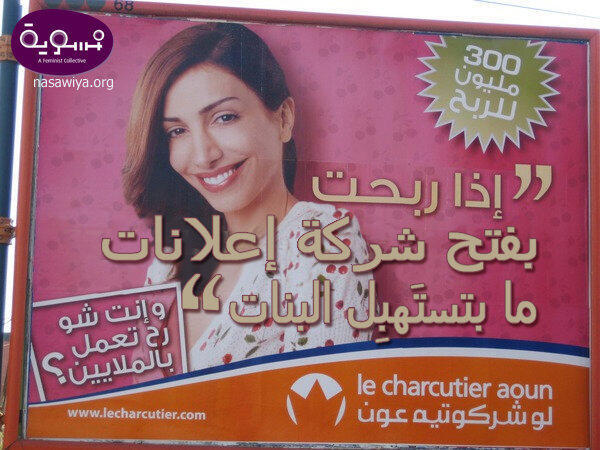 The version altered by Nassiwaya: "If I win the lottery, I'll open an advertising agency that doesn't take women for idiots'. Image posted on Facebook by Leen Hashem.