France cracks down on Facebook gatherings after reveller dies

Enjoying an aperitif with friends is almost mandatory in France. But just how many friends? The latest craze is to get together with hundreds of strangers in an open space. And it's no longer a case of one pre-dinner drink. Prearranged by anonymous organisers on social networking sites, particularly Facebook, the booze-fuelled events have become increasingly popular in the traditionally refined state. That is, until somebody died at one of them on Wednesday. Read more...

Enjoying an aperitif with friends is almost mandatory in France. But just how many friends? The latest craze is to get together with hundreds of strangers in an open space. And it's no longer a case of one pre-dinner drink. Prearranged by anonymous organisers on social networking sites, particularly Facebook, the booze-fuelled events are becoming increasingly popular in traditionally refined France. That is, until a young reveller died at one on Wednesday.

In the north-western city of Nantes on Wednesday evening, some 9,000 people gathered in the main square after having been invited on Facebook to an "apéro géant", or "massive aperitif". Late into the evening, a 21-year-old man fell off a bridge and landed on his head. He died of his injuries the next day.

The incident has increased the concerns of police and local authorities, who are unable to restrict something that is, for the time being, perfectly legal. Their biggest gripe is that with no apparent organiser, the authorities are unable to hold anyone accountable for any accidents or to pay for the clean up.

...and the after party 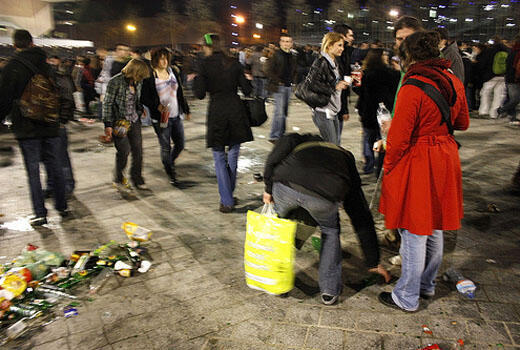 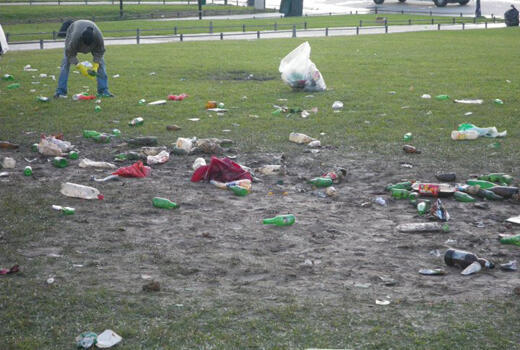 The Facebook group "Apéro géant au Mans" is an invitation to a giant aperitif in the centre-west city of Le Mans on 15 May, open to anyone and everyone. The group was set up a week ago and already has 4,000 members. Alexandre, 19, is the creator of the group.

I'm not surprised by the group's success - people like meeting other people and they like having fun. It's an attractive offer.

But the local authorities don't see it in the same way. They've banned it. According to the council, you need permission to organise such an event in public, because they have to make security arrangements.

The police see me as the event organiser because I created the Facebook group. They came round to my parents' house, but I don't live there anymore. So they tried to call me, but I didn't answer. Eventually they turned up at my home to hand over a court summons. The mayor's office also called me for a meeting, but I didn't go.

I told everyone through the Facebook group page that the event was cancelled, explaining that I could end up in court for it. But now I'm letting them get on with it, there's no way it can be cancelled now; everyone's going. I'm sure it will be great.

Despite the mayor banning the event here, I'm not discouraged. We live in a free country and I'm sure that everyone's going to start doing this; this kind of gathering will become a daily event. There's nothing the authorities can do, even if they try to put pressure on the groups."

An "apéritif géant" in action

In Nantes. Video posted on Dailymotion by pitijaoel. 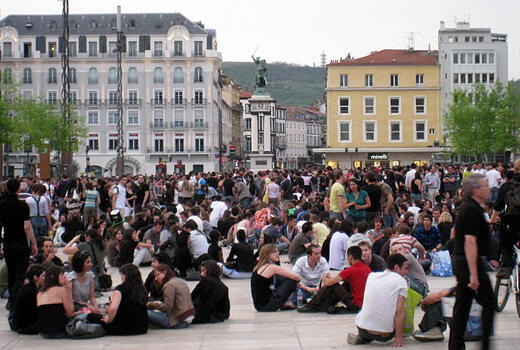 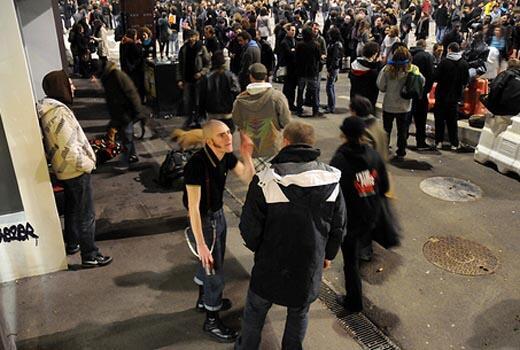 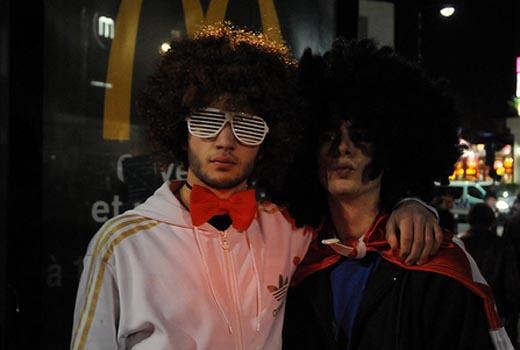 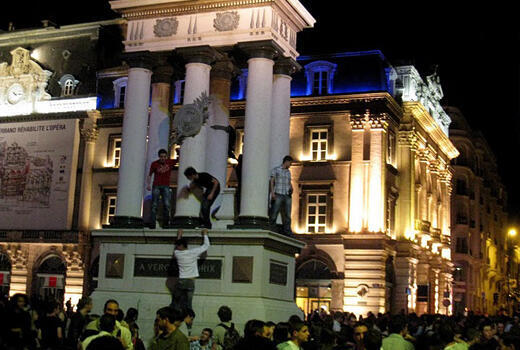 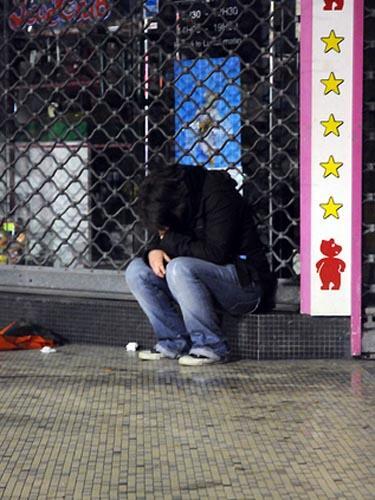 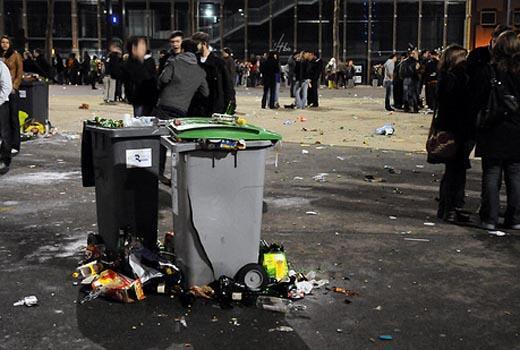 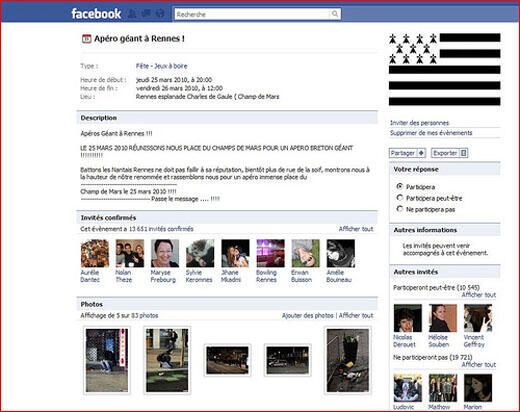