Why is Morocco deporting Christians?

On March 8, Morocco expelled 16 foreign workers from its territory, accusing them of proselytising to disadvantaged children and orphans. This comes during a period of growing hostility towards Christians living in the Muslim-majority kingdom.

Old Spanish church in El Jadida, a coastal town 96 km from Casablanca. Photo published by khalid_2008 on Flickr on 21 July 2008.

On March 8, Morocco expelled 16 foreign workers from its territory, accusing them of proselytising to disadvantaged children and orphans. This comes at a time of growing hostility towards Christians living in the Muslim-majority kingdom.

In the last few weeks, some 30 Christians, including religious and social workers, have been deported from Morocco. Among them were 16 people working at the Village of Hope, an orphanage in Aïn Leuh, (Ifrane province, in the Atlas mountains). The Moroccan authorities had not considered the centre, open for ten years, a problem till now. Workers there had been hired after signing a declaration in writing that they would abide by Moroccan law and not engage in evangelism. According to a statement on the Village of Hope's website, the deportations of its members had "absolutely no legal merit".

But according to local media, several American evangelist organisations have been active in the country since 2002, and a general mood of anti-evangelist paranoia is widespread in the country. Religious evangelism is illegal in Morocco and punishable by law with six months to three years in prison and a fine of 100 to 500 dirhams (9 to 45 euros). 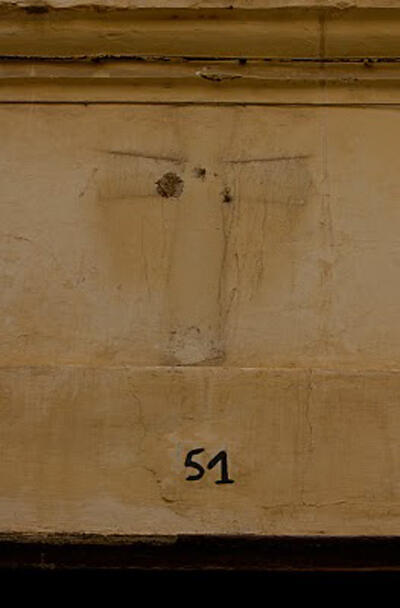 A cross pulled off the wall recently from the entrance of a Catholic language centre in Meknes. Photo published on The Moroccan Dispatches blog, on March 23, 2010.

Photos of the Village of Hope 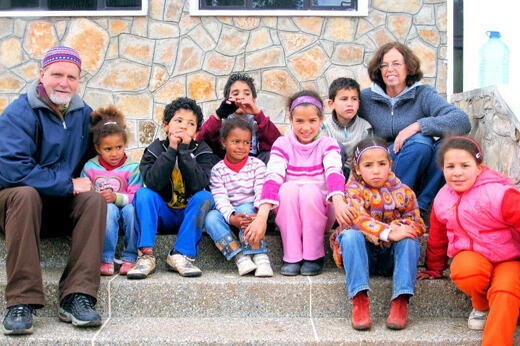 Two of the deported social workers, with the children from the orphanage. Photo published on the Village of Hope website. 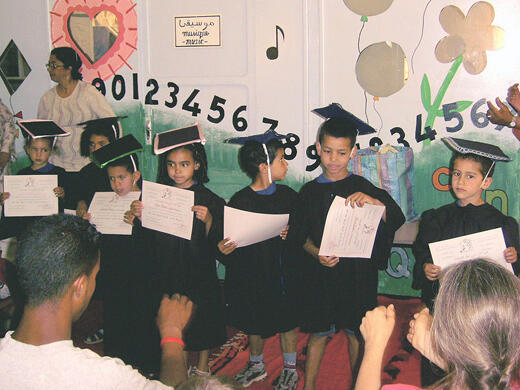 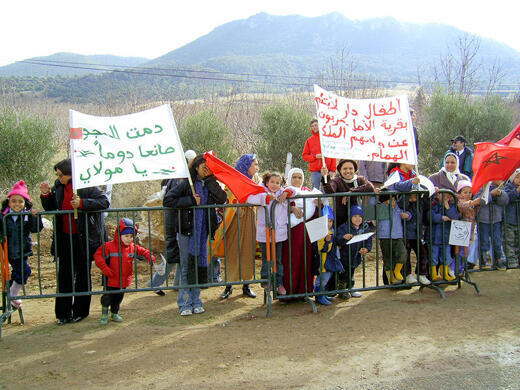 The centre's children welcoming the king of Morocco, visiting Aïn Leuh in February 2007. Photo published on the Village of Hope website. 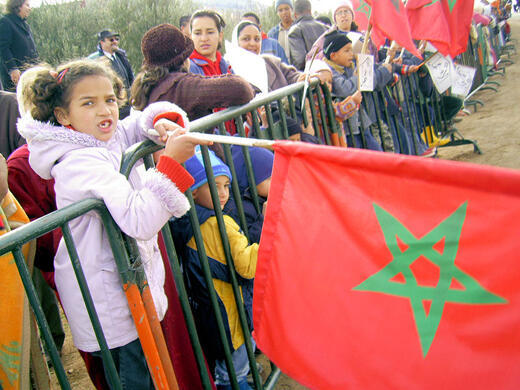 The centre's children welcoming the king of Morocco, visiting Aïn Leuh in February 2007. Photo published on the Village of Hope website.

"In expelling social workers from Aïn Leuh, the government wanted to court the Islamists"

Najib Chaouki is journalist and blogger in Rabat. He's fighting for the protection of individual liberties, including religious beliefs.

Evangelists proselytise in many countries, and it's true that they're also active in Morocco. In the streets of Tangiers, for example, we see them distributing Christian brochures and cassettes to passers-by. But since these expulsions started 14 months ago, they've kept a low-profile and have restricted the core of their activities online.

The proselytism of these organisations has created an anti-Christian sentiment. These recent deportations in Aïn Leuh are an example of this. But in this village, social workers raised the children of single mothers or those rejected by their families. It's true that they're practicing Christians but that doesn't mean that they're trying to convert the children. If Muslims were to leave to help children in Haiti, would we say that they were there to shake the faith of little Haitians?

In deporting these social workers from Aïn Leuh, the government wants to court the Islamists and thereby trump fundamentalists. I think that expelling Christians, even those who try to convert adults, is a kind of political despotism. In Morocco, Muslims call every day for their Jewish compatriots to convert to Islam. Why doesn't the government worry about the faith of Jewish Moroccans? And is there a law to prevent these attempts to shake the faith of Jews?

The government shouldn't decide for us which religion to embrace, that's a kind of wardship more fitting of the Dark Ages.