If the sh** hits the fan, they are ready for it

Global economic meltdown, mass natural disasters, pandemics, alien invasions... Whatever the apocalyptic scenario, "preppers" are ready for it. Lamps made from potatoes, toilet paper from cloth, toothpaste from glycerin and... lots of Spam.

Photo by Jud Burkett, The Spectrum.com

Global economic meltdown, mass natural disasters, pandemics... Whatever the apocalyptic scenario, "preppers" are ready for it. Lamps made from potatoes, toilet paper from cloth, toothpaste from glycerin and... lots of Spam.

It's no surprise that the trend, known as "survivalism", was born in the United States, where the principle of self-reliance is one of the founding values of society. Convinced that disaster could strike when we least expect it, the most prudent of US citizens are preparing for the worst.

One self-described "prepper" explains the reason for his lifestyle change to emergency "survivalism" on his website:  "In May of last year, I had an epiphany: bad times lay ahead. I accurately predicted the current financial crisis back then, and with my new-found knowledge, I don't see much hope for recovery any time soon. I've learned that our "global economy" is nothing more than a great Ponzi/pyramid scheme, and I've come to realise that the only way to insulate one's self from the collapse of that scheme is to prepare for self reliant living."

"Preppers" use the Web to share warnings, tips and do-it-yourself instructions for making everything from toothpaste to cloth female hygiene pads.

Most see owning a gun to defend their stockpile as a natural part of being prepared, and are staunch advocates of the right to bear arms. Women "preppers" are experts at stockpiling year-long supplies of food, and come up with ingenious recipes for cooking with anything canned, frozen or dehydrated.

A prepper demonstrates how she stores two year's worth of food. Posted on YouTube by foodstoragedeals.

Examples of "prepper" storage and supplies 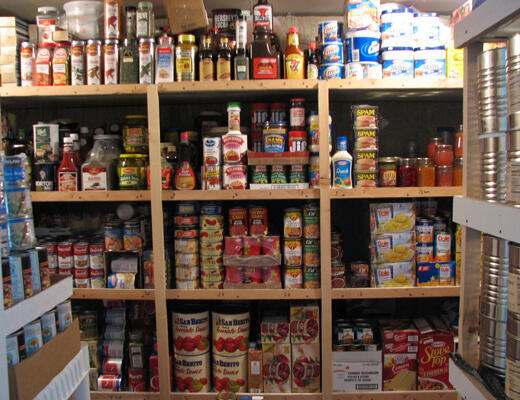 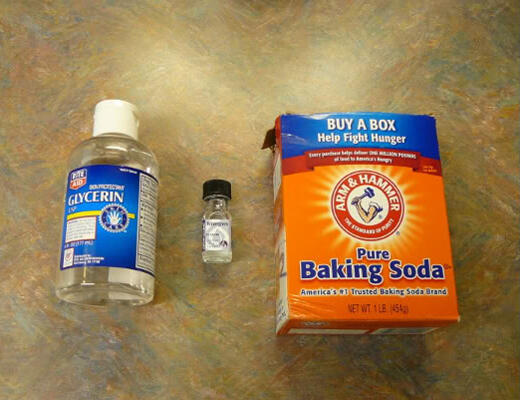 Lamp made from a potato - invented by Tom Beaseley. Posted on readyornotsurvival.com. 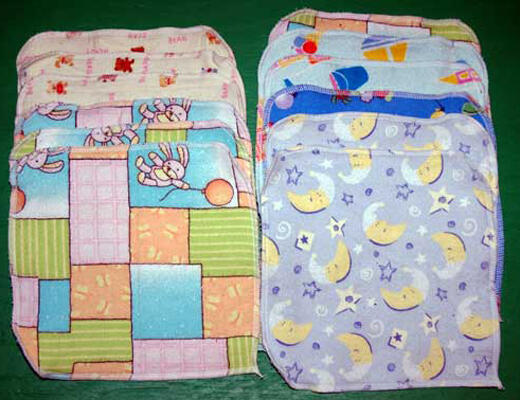 Cloth toilet wipes (for when toilet paper runs out). Posted on wallypop.net

“It's more important to be prepared in a big city, because there is a wider range of disasters that could happen”

Tom Martin is a truck driver from Idaho. A little over a year ago, he founded the American Prepper's Network, which started out as a group of blogs and is now a non-profit organisation dedicated to bringing "preppers" together and centralising free information on efficient emergency preparedness.

The biggest factor for determining what kind of preparation you need is your location. People in Florida or Louisiana need to prepare for hurricanes and possible floods, whereas people in California need to be ready for earthquakes. People in big cities may be more concerned by possible terrorist attacks or high crime rates. However, if you are well prepared for one disaster - if you have an emergency evacuation plan, if you have useful emergency equipment and know first aid gestures - then it can help in many cases.

Where I live, in Idaho, it's mostly severe blizzards in the winter, and forest fires in the summer. I live in a very sparsely populated rural area with my wife, and my brother and his family live close by. We have our own livestock and grow our own fruit and vegetables, so I don't really have to worry about stocking years' worth of food. We'll stock enough to get by for two, maybe three months, in case of drought or particularly hard winters; otherwise I can always hunt or grow my own food. We also get fresh mountain water from a river near my house.  We have a wood stove that heats the house and that we can use for cooking too, and stocks of candles for lighting so we don't have to worry about power cuts.

I actually think that it's more important to be prepared in a big city, because there is a wider range of disasters that could happen. But it's also more difficult (less natural resources, less storage space), so most people find it overwhelming and would rather just not think about it. I don't think that's the right solution though: after hurricane Katrina, hundreds of families had no access to food or drinking water for weeks, and the government was criticised for not getting emergency aid to them faster. But if they had prepared, at least they would have had enough to get by on during that emergency, and less people would have suffered. If you use your space wisely, there's always a way to be prepared for the unexpected."