The historic centre of Jeddah found itself engulfed in flames on Wednesday. The inferno -- which saw seven ancient buildings burnt down and three others destroyed -- is being blamed on a lack of maintenance in the area, poor housing conditions of immigrants, and arson. Read more…

The historic centre of Jeddah found itself engulfed in flames on Wednesday. The inferno -- which saw seven ancient buildings burnt down and three others destroyed -- is being blamed on a lack of maintenance in the area, poor housing conditions of immigrants, and arson.

The fire started in the middle of the afternoon in the old part of the city, known for its ancient buildings and wooden balconies, or rawashins. Nobody was seriously injured.

For several years now the Jeddah authorities have been trying to encourage the private sector to invest in a rehabilitation scheme for the city’s historic centre. Since 2006, the council had been working towards fulfilling conditions for it to be registered as one of UNESCO’s listed areas. 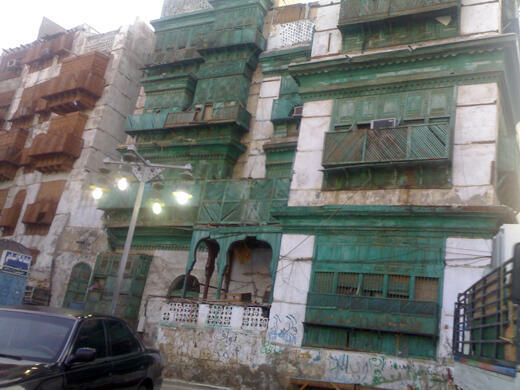 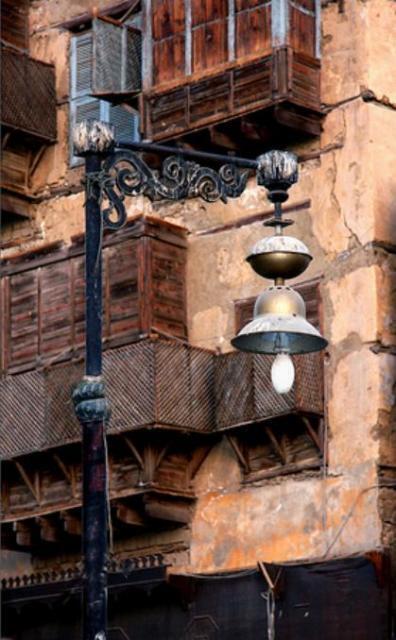 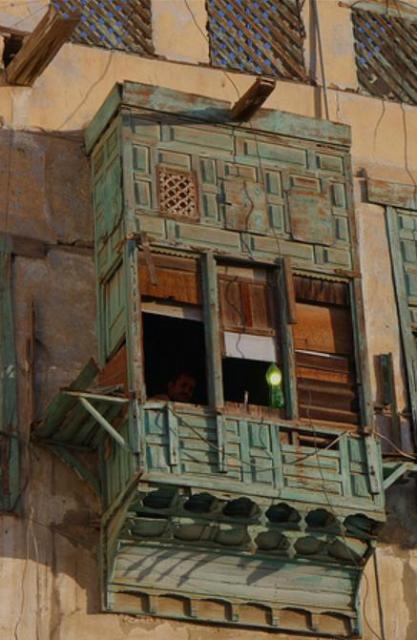 Ahmed Sabri is a social worker from Jeddah. He's involved in activist work which promotes the rehabilitation of the district.

What happened on Wednesday is not a one-off. Each year ancient buildings fall victim to fire; most recently, in December 2009. Jeddah's historic centre is turning to ruin. It has been neglected for a long time and is plagued with environmental problems (open-air electric cables, open sewer pipes). The problems cause endless disputes between the local authorities and the property owners of the buildings, who want to see them gone. Restoration is costly. Some owners prefer to pay arsonists to see their properties got rid of. 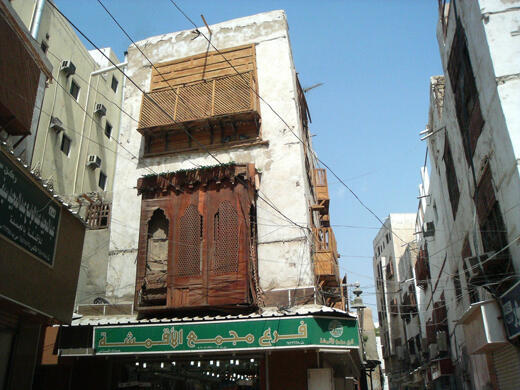 Jeddah locals moved out of the old town a long time ago for numerous reasons: increased rent, poor local services (no parking, no or little rubbish collection), population growth etc. Some of the buildings were transformed into warehouses, others, rented or squatted in by migrant workers, where the living conditions are poor. The fire might have been caused by a malfunction of an electric appliance; they rarely respect safety standards. 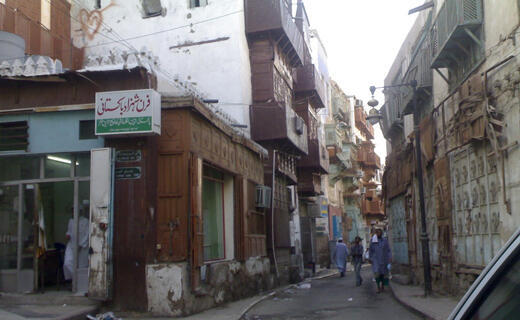 Migrant workers in the historic centre. On the left, a Pakistani restaurant. Photo posted on Flickr by "Layal7", Feb. 11, 2007.

Jeddah is famous for its historic architecture. Sadly, half of the city's historic buildings have disappeared in the last decade. Along with like-minded activists, we're trying to prevent what happened in Mecca and Medina from happening here too. In those cities, the rich Islamic heritage, dating back to the era of the Prophet, the Umayyad dynasty and the Abbasid and Ottoman empires, became swallowed up by real estate development and modern hotels built for the masses of tourists and pilgrims who go there each year."