A powerful storm with hurricane-force winds battered France over the weekend, leaving hundreds of thousands of homes without power and killing 47 people.

Desolation row. The port of La Rochelle after the storm. Photo: Eliane and Gérard Roi.

A powerful storm with hurricane-force winds battered France over the weekend, leaving hundreds of thousands of homes without power and killing 47 people.

The Atlantic coast was particularly hard hit, with fatal flash floods, caused by a combination of broken dams, rapidly rising tides and overflowing riverbeds. Thirty-three people died in the coastal region of Vendée alone, and another six in the southern region of Charente-Maritime.

Half a million people were still without electricity on Monday morning. It may take several days for power to be re-established in the zones most badly affected by the storm.

"All of the seaside shops and cafés were completely wrecked"

After the storm, in the port of La Rochelle, on Sunday, February 28. Posted on YouTube by Elianeroi17.

We went out at 11 am on Sunday morning to film the damage on the port of La Rochelle. All of the seaside shops and cafés were flooded and completely wrecked. There were up to 40 cm of water in the streets of the historic shopping district of Port Neuf. People there were trying to clean up the mess. They were so distressed and helpless we didn’t have the heart to take pictures of them"

Floods in Lège, near Cap Ferret, in Arcachon bay. 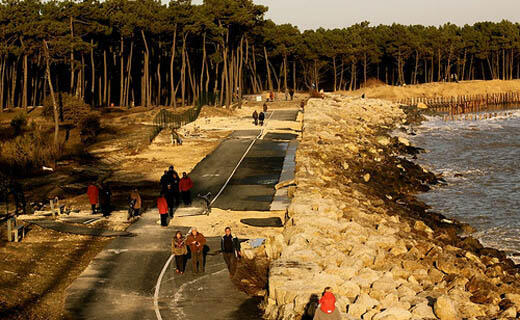 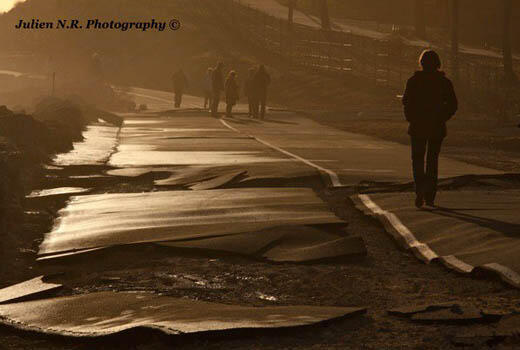 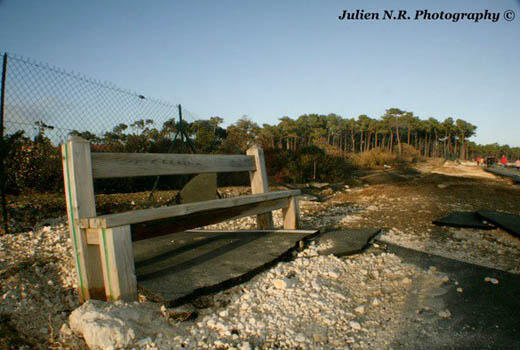 On the coast, in Charente-Maritime. See other photos on Julien's Facebook page. 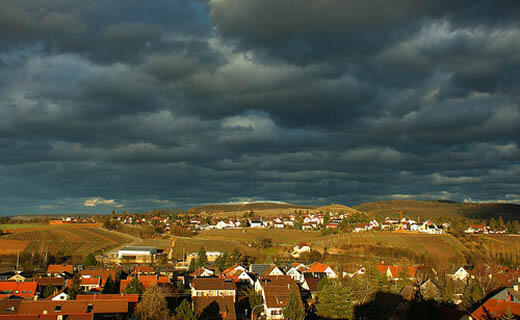