"The longest four minutes of my life"

Early Saturday morning, before dawn broke, a massive earthquake of magnitude 8.8  struck off the Chilean coast. Carlos, one of our Observers from Chile, was at his girlfriend's family home in Talca, Maule, one of the regions hardest hit by the quake. He brings us this account.

Early Saturday morning, at 3:34am, a massive earthquake of magnitude 8.8  struck off the Chilean coast. At that exact moment, Carlos, one of our Observers from Chile, was asleep at his girlfriend's family home in Talca, Maule, one of the regions hardest hit by the quake.

Carlos, 23, spoke to the Observers team in Paris by Facebook chat on Monday morning. It was 6:30 in the morning in Talca. He, his girlfriend and her family were huddled in the dark in the doorway of their home, where they now spend their nights in fear of a new aftershock that would force them to run outside. Carlos couldn't sleep, so he logged on to Facebook.

Assessing the damage in Talca, Chile

Carlos took these photos in the streets of Talca on Sunday, February 28, the day after the quake. 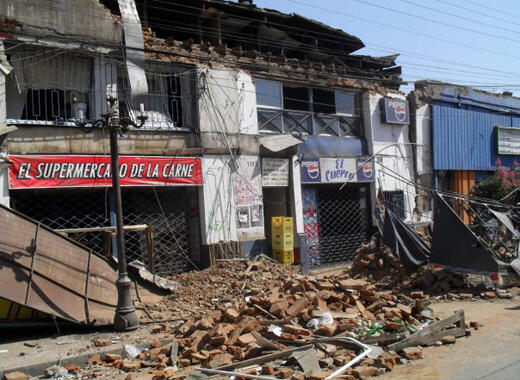 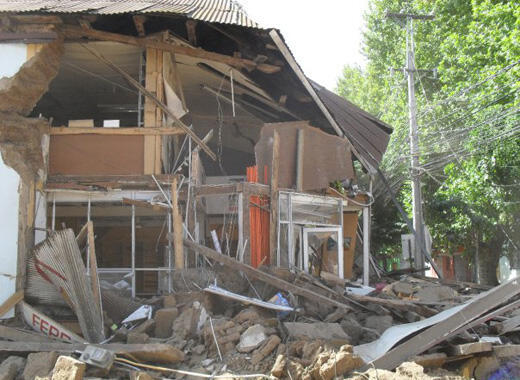 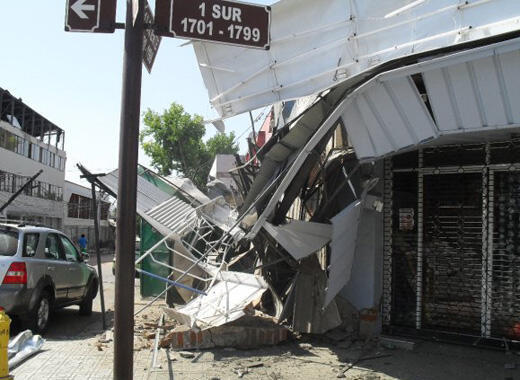 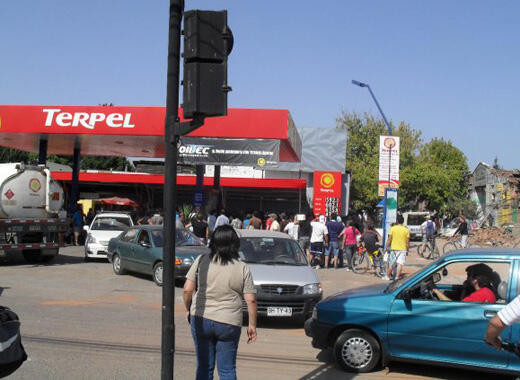 Citizens of Talca queue for hours in front of the rare functioning gas pumps to refill their car tanks. 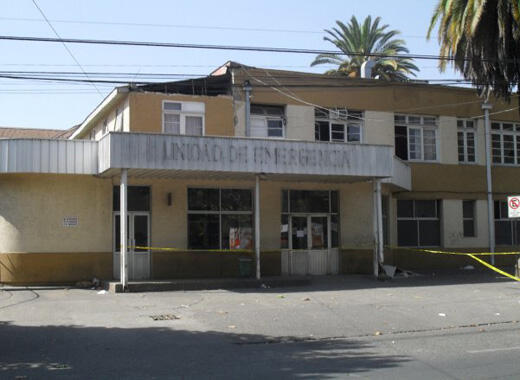 An empty and abandoned emergency hospital ward at a time of great need. 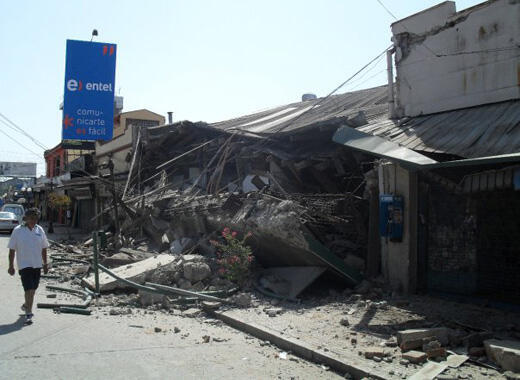 Ironically, the only item left undamaged on this shot is a commercial poster for Chilean telephone company Entel, while actual phone service has still not resumed. 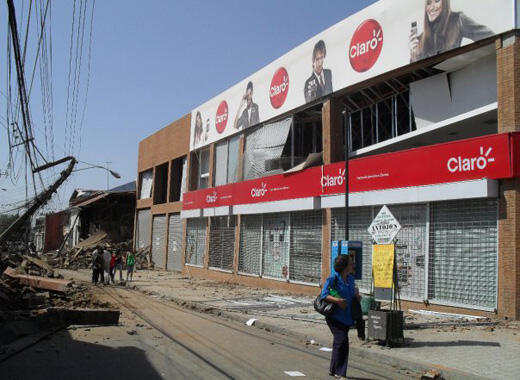 Most shops are closed, streets nearly deserted. On the left of the image, you can see a lamp-post and power line twisted into a tangled mess by the quake.

Carlos is an IT student at the Federico Santa Maria university in Concepcion, Chile.

The quake lasted four whole minutes, which felt like the longest minutes of my life. My girlfriend and I were clinging to each other under a door frame, trying to keep our balance, while everything else in the room began crashing to the ground. Basically everything toppled over or fell, except the walls themselves. I really thought the house itself was going to collapse, but it didn't. I'm just really happy to be alive.

I'm glad to have someone to talk to, I can't sleep. I have barely slept for the past two days, because there have been so many aftershocks. The ground has trembled so many times since the first quake, I think there have been more than 100 aftershocks, some as big as magnitude six. There's a wave of panic every time, we've been living and sleeping right next to the doorway of the house, ready to run outside at any moment.

I wish I could see my parents, but they live 350 km away from here and it's almost impossible to travel by road: there's almost no gas for cars, many roads are blocked and they haven't resumed inter-city bus service yet. I spoke to them over the phone so I know they are OK, although they have no running water or electricity yet. Here in Talca, power and running water were re-established a couple of hours ago.

My girlfriend and I were able to buy food and water yesterday. People have been decent here: there hasn't been looting that I know of, and the rare stores that were able to re-open haven't been over-pricing goods, like we heard they were in other cities.

There's been serious damage here, but I've heard that it's even worse in other areas. The tsunami after the quake really ravaged the coast.  Near my hometown, where my parents are, the waves were about five metres high, I think.

You really appreciate just being alive after an experience like that. It puts everything else into perspective."