Mexico's latest saint, not on your calendar

In Mexico, where people have traditionally been devout followers of the Virgin of Guadalupe and the peasant Juan Diego, a new "saint" is quickly growing in popularity. But it's not one you can find in the Catholic pantheon: "Santa Muerte" (Holy Death), as she's known, has a skull's head and a bride's body.

In Mexico, where people have traditionally been devout followers of the Virgin of Guadalupe and the peasant Juan Diego, a new "saint" is quickly growing in popularity. But it's not one you can find in the Catholic pantheon: "Santa Muerte" (Holy Death), as she's known, has a skull's head and a bride's body.

Death has played an important role in Mexican folk culture for centuries, with Mexicans maintaining long-established traditions like offering their deceased relatives sugar skulls on the second day of November. But now Holy Death is also being worshipped in makeshift temples and shrines across Mexico, where people seek her blessings and offer her bride's dresses, cigars and other gifts in return.

The Catholic Church strongly condemns the cult, branding it a "devil-worshipping sect". It has declared praying to Santa Muerte a sin. The Mexican government has refused to grant it the status of "religious cult". Santa Muerte's followers have been indistinctly branded as smugglers, gang members, drug lords and prostitutes.

However, amid Mexico's worsening economic situation and its rising violence, devotion to Santa Muerte has continued to grow. 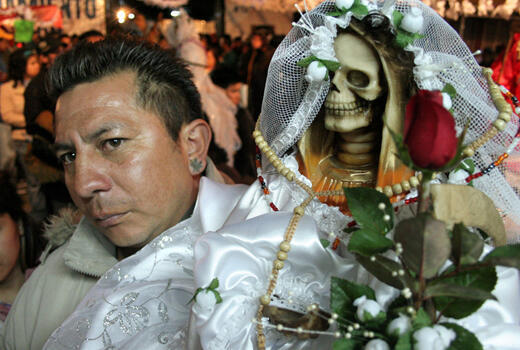 Santa Muerte Icons across the country 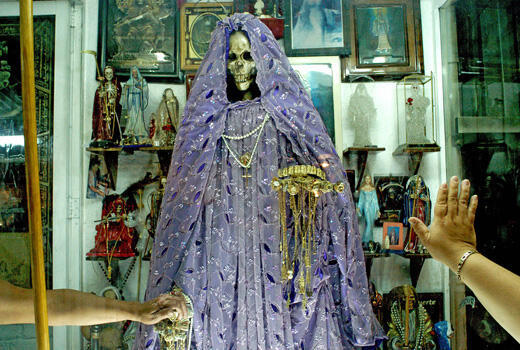 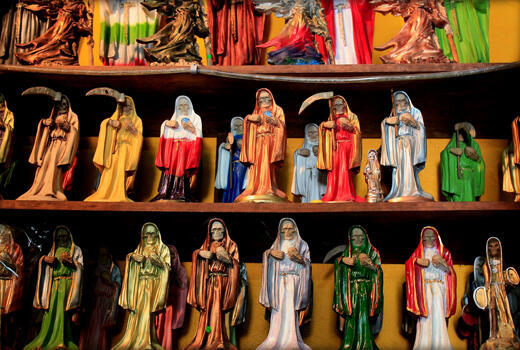 Santa Muerte for sale. Posted on Flickr by "Chrissy575" 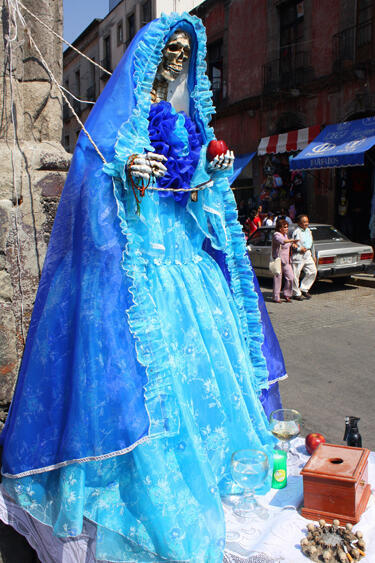 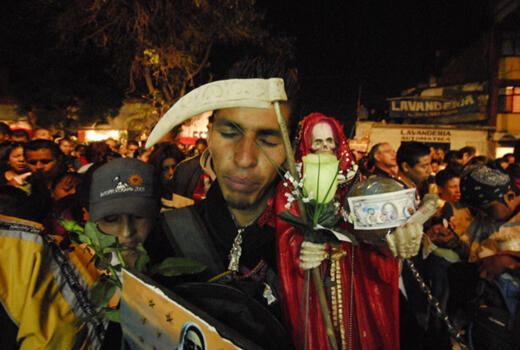 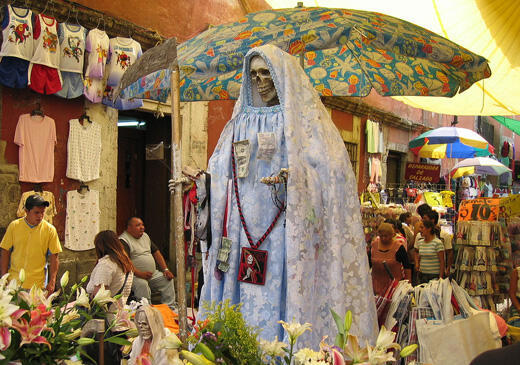 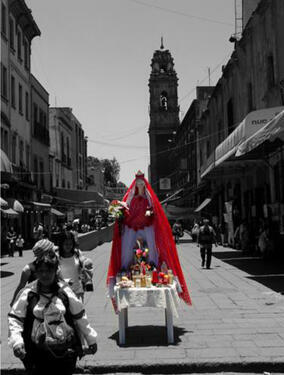 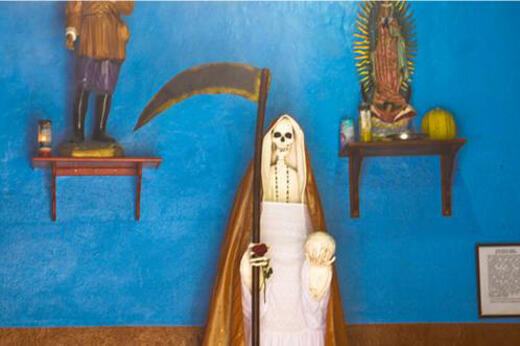 Santa Muerte next to Virgin of Guadalupe. Posted by Leonardo Reyes-Gonzalez on Flick 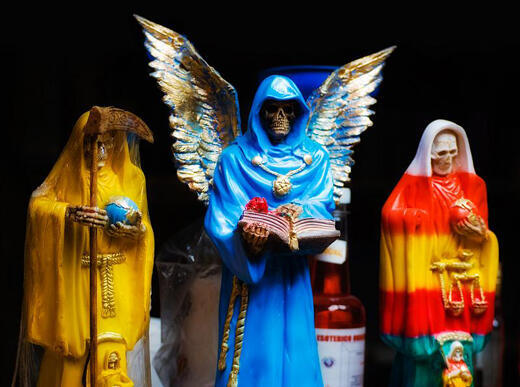 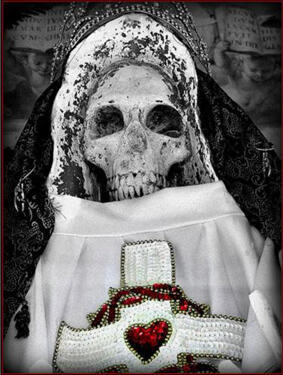 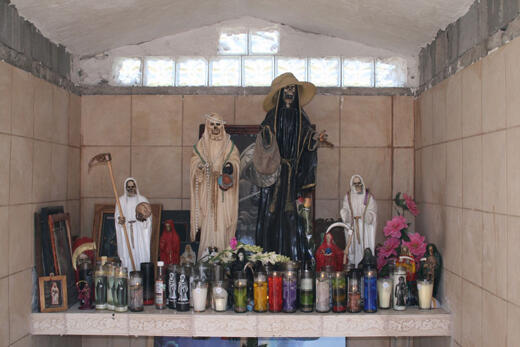 "As Mexico has struggled with economic problems and high insecurity, people have looked elsewhere for comfort"

Carlos Garma is a professor of anthropology at the Metropolitan Autonomous University (UAM) in Mexico City who has studied devotion to Santa Muerte.

Devotion to Santa Muerte used to be a private practice, taking place within people's homes. When followers in the Tepito neighbourhood of Mexico City started placing her figure in the street, it started to become a more public expression.

This devotion is an example of what anthropologists call a ‘cult of crisis'. As Mexico has struggled with economic problems and high insecurity, people have looked elsewhere for comfort. The reason people have turned to Santa Muerte is the same reason why religious movements like the Evangelical churches have grown so much.

A lot has been said about the criminal profile of its followers. While it cannot be denied that Santa Muerte is very popular in prisons, one cannot make sweeping generalisations about its devotees.  They come from all walks of life, and perhaps the only common trait between them is their working class origin. One reason people look up to her is because they see her as a figure of justice, since in front of death we are all the same.

One thing seems certain: as long as the crisis continues, the devotion will keep on expanding."

"I am neither a drug lord, prostitute, or drug addict"

Angie T. (not her real name) is a devout follower of Santa Muerte and keeps a blog about it. She lives near Monterrey, in northern Mexico.

"Devotion to Santa Muerte has existed in Mexico for a long time, and it has gained a lot of ground in recent years. You see people from all over Mexico, of all ages and social backgrounds, praying to her. We believe she intercedes on our behalf and gives us protection. I personally believe she has helped me in both my personal and my professional life.

I am neither a drug lord, prostitute or drug addict. We have been stigmatised for our beliefs. There are indeed those who seek Santa Muerte for evil purposes, but they are a minority and we are being unfairly judged.

The masses I attend have nothing to do with animal sacrifices, worshipping the Devil or any of the other things we have been accused of. They are similar to the Catholic ritual. We simply go and pray, and we also pray to Jesus Christ. Many worshippers of the Santa Muerte are in fact devout Catholics, proving that the two are not mutually exclusive."