How safe are cash machines from hackers?

Tiny hidden cameras, rigged cell phones wired into cash points... These are just some of the sophisticated devices used up by scammers to steal an unsuspecting victim's bank account details. As credit card users become increasingly aware of these hard-to-spot frauds, bloggers are taking to the Internet to alert others of the hidden dangers when at the cash point.

A cell phone wired into an ATM by swindlers. Photo posted here.

Tiny hidden cameras, rigged cell phones wired into cash points... These are just some of the sophisticated devices used up by scammers to steal an unsuspecting victim's bank account details. As credit card users become increasingly aware of these hard-to-spot frauds, some are using the Internet to alert others of the hidden dangers when at the cash point.

Cyber-security blog Krebson Security, recently published an article on the home-made, yet sophisticated, electronic systems used by swindlers to steal people's bank details at an ATM. One of the methods, discovered in California in December, is especially difficult to spot. A fake card slot records the number of every credit card inserted into the machine, while a hidden camera films the keyboard as the victim types in his or her pin number - thus handing fraudsters all the information necessary to make a fake credit card and steal money out of their victim's account. 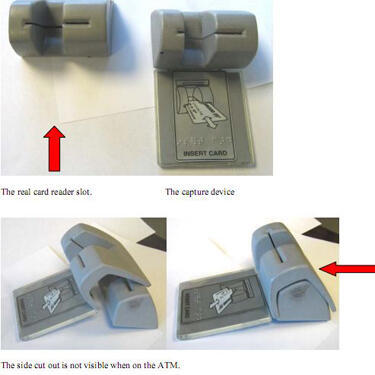 Some systems are even more sophisticated, with rigged cell-phones automatically sending a text message with their victim’s bank information. Several "how-to" videos are even readily available in the science and technology section of YouTube (see below).

"According to Rick Doten, chief scientist atLockheed Martin's Center for Cyber Security Innovation, US authorities estimate that cash machine frauds cost victims a total of one billion dollars in 2008." Little is known about where credit card crooks find their equipment – whether it’s largely home-made or whether it can be found for sale online. A recent spate of arrests in the United States has done little to curb the trend.

Web users utilise Twitter or specialised forums, to share their experience of credit card fraud and to warn other users. Many of them berate banks’ failure to protect customers from this kind of fraud, and their reluctance to compensate them.

"Always cover the keyboard when you type in your pin number"

are many different kinds credit card fraud equipment. The most sophisticated kind, discovered in Romania, has three components: a mobile phone, a card skimming device and a video camera to position above the keyboard.

To avoid being recognised on the security cameras at cash machines, scammers will frequently wear a motorcycle helmet. They are thus harder to identify than with hoods or actual masks, and shield the criminal's face. Swindlers are also careful to pick out quiet, out-of-the-way cash points, and mostly go at night.

I advise people to systematically hide the keyboard when they type their pin number, even if there is nobody around. Also, keep an eye out for suspicious-looking card slots: if it sticks out from the rest of the machine, if it's a different colour or material, don't hesitate to try to grab at it and shake it loose.

Banks are trying to fight this problem by equipping credit cards with new chips which cannot be copied. However, it may take another decade for all cards to be protected by this new system." 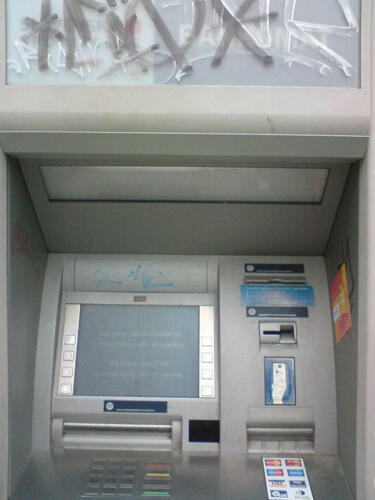 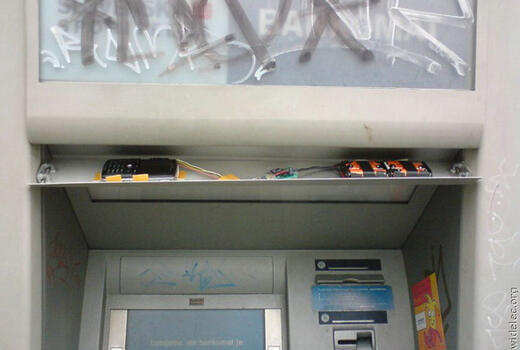 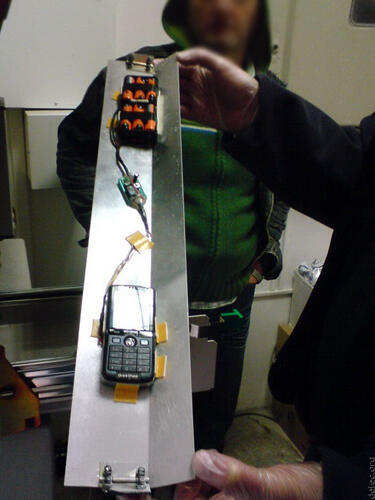 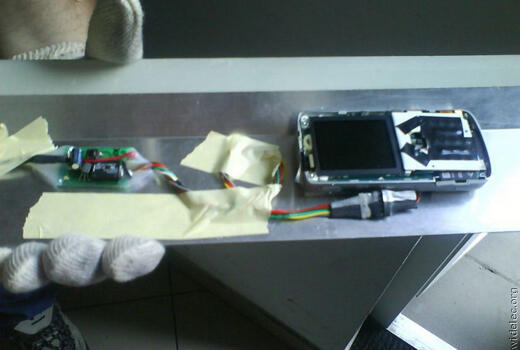