Students rise up after Chávez shuts down opposition TV channel

After Venezuela's leading opposition TV channel was forced off the air by the government last Sunday, protests have escalated across the country. Two people have died in the confrontations and many more have been injured.

After Venezuela's leading opposition TV channel was forced off the air by the government on Jan. 24, protests have escalated across the country. Two people have died in the confrontations and many more have been injured.

Radio Caracas Television, Venezuela's oldest TV channel, had been in Hugo Chávez's sights for many years. In 2007, the Venezuelan president accused RCTV's journalists of supporting a coup attempt against him and decided not to renew the channel's broadcasting license. This move forced the channel to seek refuge on cable television and the Internet, with an inevitable loss of audience.

But after two years of relative calm, the channel has been definitively shut down for failing to comply with regulations that obliged it to broadcast every presidential address.

The day after RCTV stopped broadcasting, pro- and anti-Chávez followers gathered in Caracas and other cities across the country. Two died after one of the protests in Merida turned violent. The authorities said that one of the victims died after being "cowardly attacked" by anti-Chávez militants.

Anti-Chávez students have used Facebook and Twitter to organise the gatherings that have taken place every day since the shutdown. On several occasions they have been dispersed with tear gas and rubber bullets. Photographs of people injured during the protests have been regularly posted on these social networking sites.

Students dispersed by the National Guard in El Trigal neighbourhood in Valencia (Carabobo province, north) on Jan. 26. Rubber bullet gun shots can be heard on the video. The caption next to the video reads: "We were chased around the area as if we were hoodlums, when in reality we were protesting peacefully" 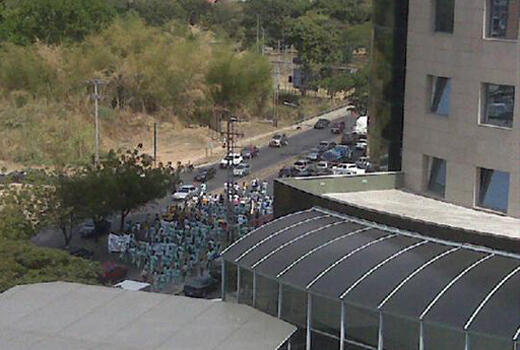 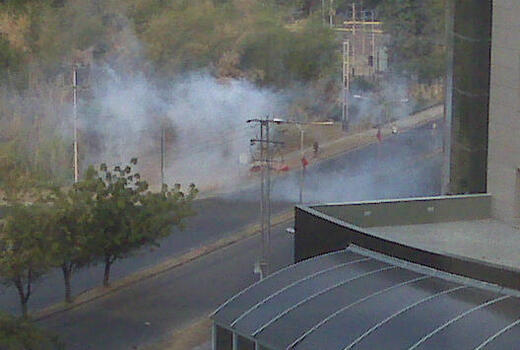 "Chávez announced last week that if people continued their ‘abusive’ use of social networking sites like Twitter and Facebook, something will have to be done to control these media"

Tomás Hernández is a student leader at the Catholic University in Caracas. He was present at two of the student marches in the capital this week.

When RCTV was taken off the air for the first time in 2007, a large student movement was born across Venezuela, without precedent in the country’s history. Students began painting their hands white, as a sign of peaceful dissent and a reminder that we were not carrying any weapons whatsoever.

Our marches, however, were not only intended to protest the banning of RCTV. The channel’s closure on political grounds was the detonator, but we’re protesting the high levels of insecurity, the water-rationing policies in place (two days a week without water), the frequency of power cuts in certain parts of the country and the lack of respect of democratic values and principles.

Our march on Monday was meant to arrive at the building of the National Communications Committee, but when we were two blocks away we learnt that a large group of pro-regime supporters was already there. We decided to take another street to avoid a confrontation, but the group caught up with us anyway. There was a police cordon as well, but they did nothing to prevent the group from throwing stones and other objects at us. In other cities the police took it upon themselves to break up the marches.

The channel’s closure goes beyond compliance with broadcasting rules. It has more to do with silencing people who think differently. Little by little, the spaces for communication here have been shrinking. Chávez even announced last week that if people continued to ‘abuse’ social networking sites like Twitter and Facebook, something will have to be done to control these media.

What really hurts the government most is that the ‘revolution’ doesn’t have much support among young people. It doesn’t have a student base."

Protest in Caracas on Monday, Jan. 25, in which Tomás was present. The "chavistas" are in red. 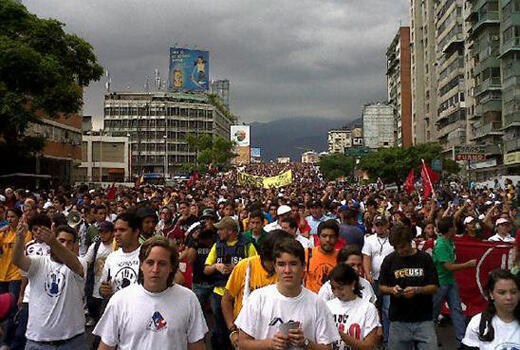 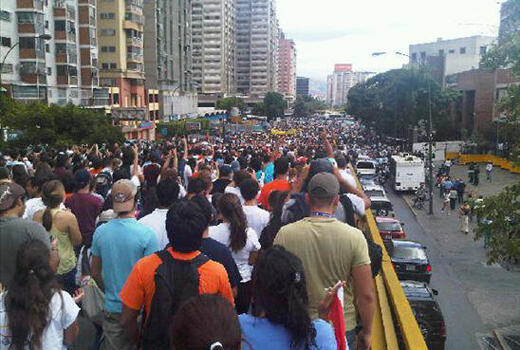 Caracas, Jan. 28. Posted on Flickr by Ulises Rivero, who went to the demonstration. 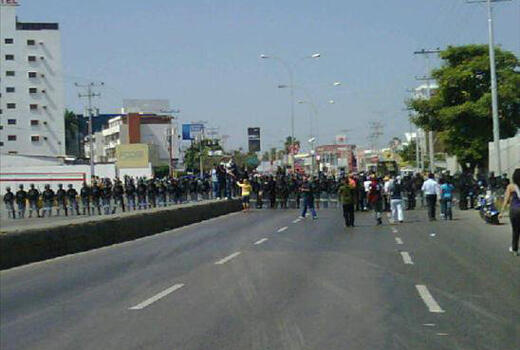 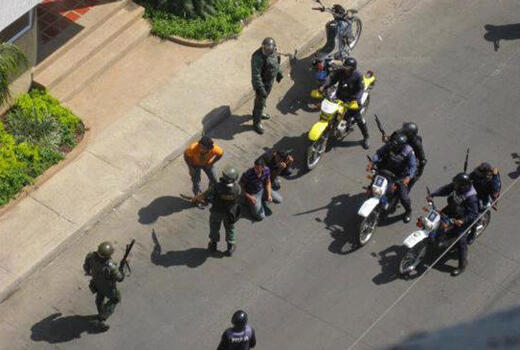 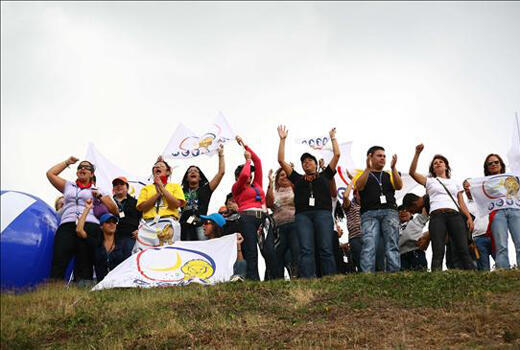 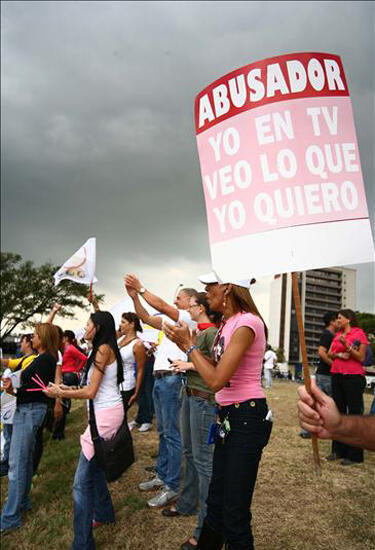 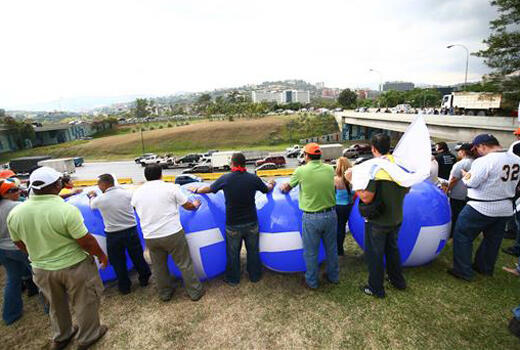 During the baseball final in Caracas on Jan. 24, spectators began chanting "RCTV, RCTV", as well as "Dictatorship" and "Foul", in reaction to the presence of National Guard members in the stadium. Several posters read "Chávez, 'tas ponchao" ("Chávez, you’re out", as in striking out in baseball) can be read.