The photo of this emaciated lion cub has caused such upset in Lebanon that the Minister for Agriculture has gone against his own vets' advice in removing the cub from the circus and ordering its return to its homeland. Read more...

The photo of this emaciated lion cub has caused such upset in Lebanon that the Minister for Agriculture has gone against his own vets' advice in removing the cub from the circus and ordering its return to its homeland.

The cub, along with five other lions and three tigers, had been imported from Egypt by circus owners in Beirut. The animals had been contracted to perform in shows around the capital for a six month period.

An animal rights organisation called Animals Lebanon investigated the maltreatment of the large cats and managed to secure the removal of the animals from the circus.

Numerous countries (Germany, Portugal, Bolivia, Austria and all of Scandinavian) prohibit the use of wild animals in circus shows. Lebanon does not. 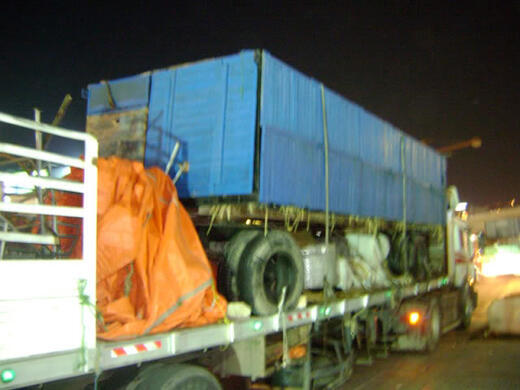 The lorry in which the animals arrived in on Dec. 27. Photo: Animals Lebanon.

Maggie Sharawi is co-founder and vice president of Animals Lebanon.

We received an email on Dec. 25 alerting us to the imminent arrival of a cargo of lions and tigers from Egypt. We soon made the link between the delivery of cats and the posters for a circus that had been put up everywhere just beforehand. 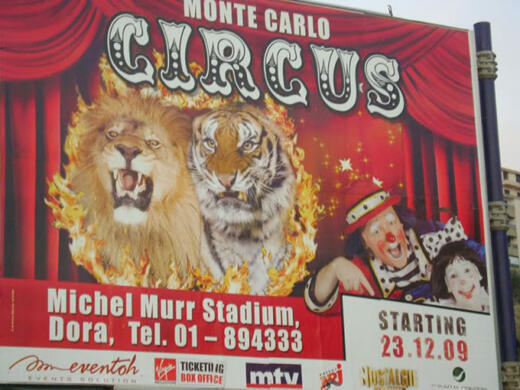 According to the posters, the shows were supposed to begin on Dec. 23. They were obviously postponed as the animals didn’t arrive until four days later. Image: Animals Lebanon.

Animal rights activists from the Princess Alia Foundation had already intercepted the lorry at the border between Egypt and Jordan [unable to pass through Israel, cargo from Egypt detours through Jordan to reach Lebanon]. They found out that the animals hadn’t been let out of the lorry for ten days and hadn’t eaten for three days. They were in a bad way. The driver said that the owner of the animals hadn’t given him any money to feed the animals. So the Alia Foundation members gave them food and water and treated their wounds. They then escorted them to the Syrian border. 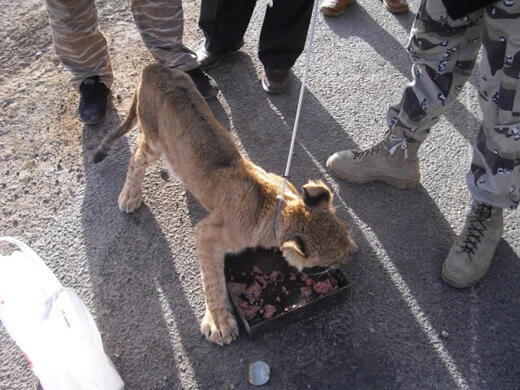 Border guards allow the animals out of the lorry in order for them to be fed. Photo: Princess Alia Foundation.

The convoy arrived in Beirut on December 27 at 7.20pm. There were five adult lions, three tigers and one poor cub whose feet were bleeding because her claws had been removed so that children could get close to her. 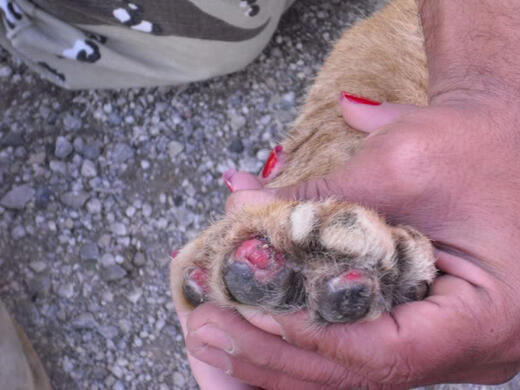 The wounds from the removal of her claws had not had time to heal before the trip. Photo: Princess Alia Foundation.

We immediately alerted the Ministry of Agriculture, but when its vets came to assess the state of health and treatment of the animals they said they didn’t find anything untoward. The day after they reached Lebanon, the animals started their daily show. The cub was locked in a cage covered with a heavy plastic sheet.

Mary the lion cub in the cage. Photo: Animals Lebanon.

So we went directly to see Agriculture Minister, Hussen Hajj Hassan, taking the damning photos with us. He was very cooperative and asked us to call on independent vets. After assessing the evidence, he took his decision: as soon as the owner of the cats was notified, the animals would be returned to Egypt within 48 hours. 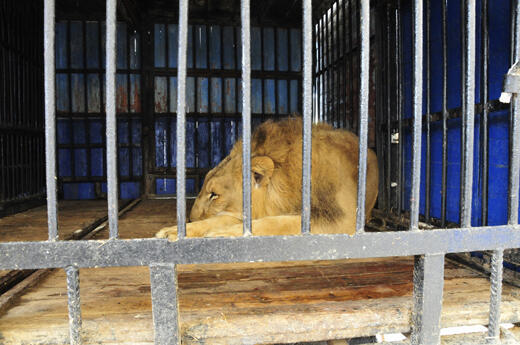 A lion sleeping in its cage. Photo: Animals Lebanon.

Meanwhile, police officers were sent to the circus to put a stop to the shows. It’s a good sign. It means the country is becoming more sensitive to animal cruelty.”

The cats took part in their first show less than 24 hours before arriving in Beirut. Photo: Animals Lebanon.