Prague is well known for its Gothic churches and Baroque palaces, not its modern architecture. In order to counterbalance this, an international contest to design an ultra-modern library was held. The winner? A funky-looking yellow and purple blob, planned to nestle between Prague Castle and the Old Town. Not everyone was thrilled and the project now faces an uncertain future.

Prague is well known for its Gothic churches and Baroque palaces, not its modern architecture. In order to counterbalance this, an international contest to design an ultra-modern library was held. The winner? A funky-looking yellow and purple blob, planned to nestle between Prague Castle and the Old Town. Not everyone was thrilled and the project now faces an uncertain future.

Commonly known as the "blob" or the "octopus", the futuristic project was meant to become the new National Library. Officially named The Eye Above Prague, the eight-story building was designed to house 10 million volumes and included an automated system that would allow users to retrieve a book in only five minutes. A café was planned for the top floor, facing an enormous window - or eye - overlooking the city.

The building, designed by Jan Kaplický and Future Systems, gained the support of prominent Czechs like former president Václav Havel and of many ordinary citizens. But both the city administration and the national government, led by President Václav Klaus, spearheaded a campaign against the project, concerned that it would ruin Prague's skyline. One well-known critic went as far as saying "Prague is not Disneyland!" When the project's architect died last January, the new library's fate seemed all but sealed.

There is still movement in support of the library, with a petition in favour of it gathering 12,000 signatures and a Facebook group counting 27,200 members, but hopes of reviving the project look bleak. In the meantime, the "blob" has become a favourite symbol for Czechs and a part of their national culture, without it even having been built. 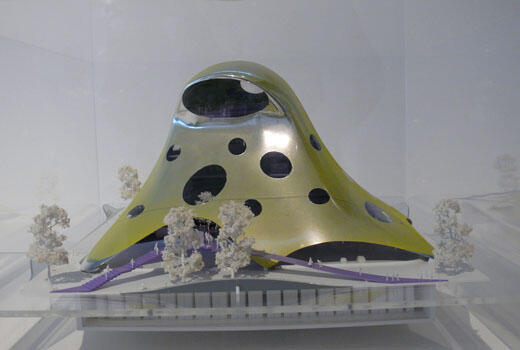 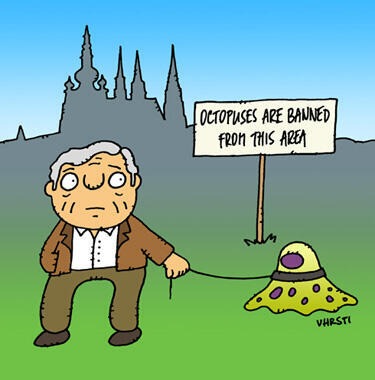 “The discussion always focused on the building’s location and its general design, but never on its functionality”

Tereza Czesany Dvořáková is a film studies teacher at Charles University in Prague. At her wedding last year, the cake took the form of the ‘blob'.

Kaplický's library was an incredible project, but I don't believe it will see the light of day. The design was met with contempt by the Conservative Party, which has almost absolute control over political matters in Prague. President Klaus was also very vocal in his opposition to the project. The controversy however has been more a question of personal taste than a matter of cultural policy.

There is practically no modern architecture in downtown Prague and the National Library would have given the city a remarkable example. But with the conservatives in power, support for progressive art has been meagre.

The discussion always focused on the building's location and its general design, but sadly never on its functionality. Nobody speaks about how well conceived it is to suit the needs of the library, with its enormous housing capacity and its very modern system to search for books.

It has however become an icon, and you can see the ‘blob' on magnets and other objects. My wedding cake last year was the shape of the library. It was a surprise from my mother, who had asked a friend to bake it. It was a very special cake." 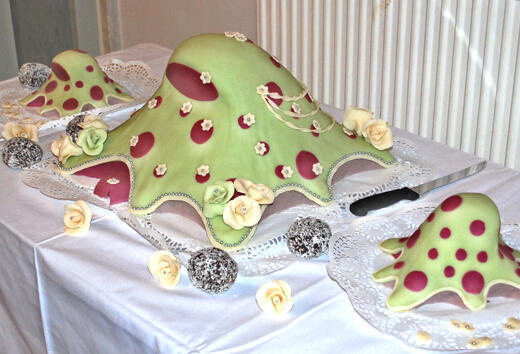 Drawings parodying the opposition's arguments against the project. Posted by Klára Svobodová on Flickr 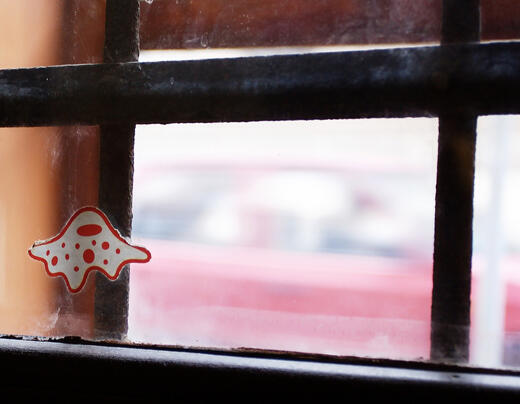 "Blob" sticker on pub window in Brno. Posted by Michal Kašpárek on Flickr 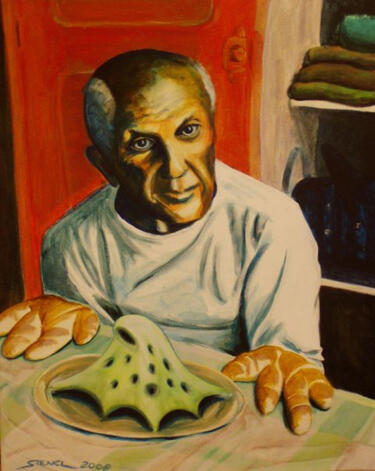 Picasso and the "blob", "Misunderstood", painting by Radek Štencl. Posted on the "Pro Knihovnu" Facebook group 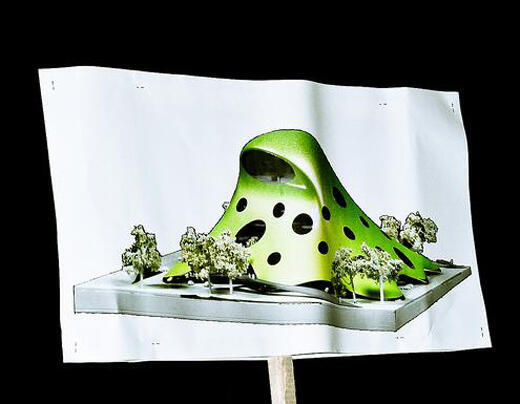 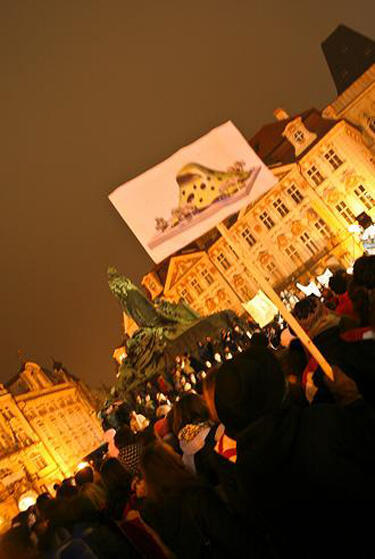 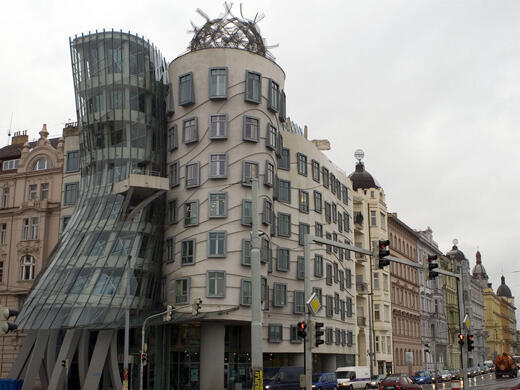