Communication between the Chinese and the Taiwanese is not always easy. But for the past few weeks, the more curious from each side of the strait have been getting to know each other with the use of hand penned questions, photographed and posted online.

Communication between the Chinese and the Taiwanese is not always easy. But for the past few weeks, the more curious from each side of the strait have been getting to know each other with the use of hand-penned questions, photographed and posted online.

QQ, China's most popular instant messaging platform (boasting 300+ million users), has launched "Taiwan would like to know", a "contest" which invites QQ users in Taiwan to photograph themselves holding up questions for users in China. "Mainland" users then respond to the questions by posting a photo of themselves and their answer.

At first glance, the contest -- which will run until the end of 2009 -- appears to be a wily way for Tencent, the company that created QQ, to boost its user numbers in Taiwan, where MSN Instant Messenger holds the majority of the market. Yet upon further examination of the photographs and the enthusiasm they have sparked from users in both countries, the supposed contest seems to have done more than promote QQ across the strait. 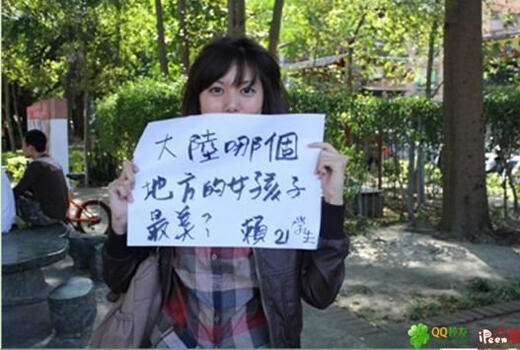 Which region has the prettiest girls? 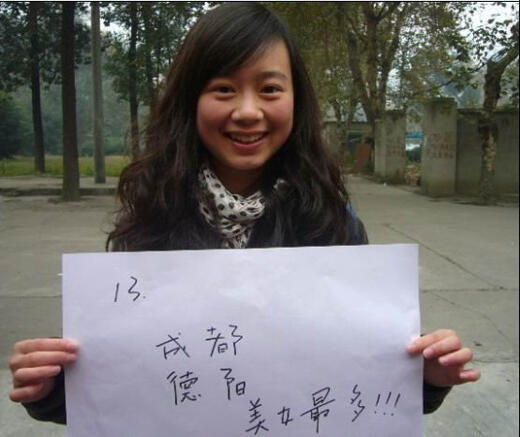 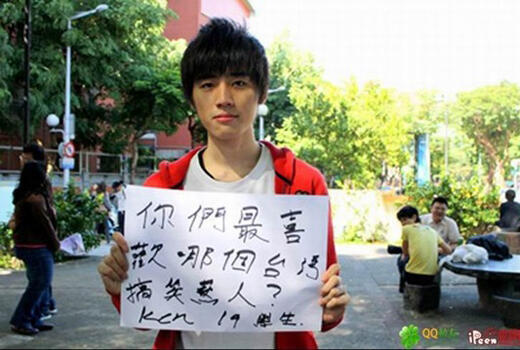 Who's your favourite Tawianese actor? 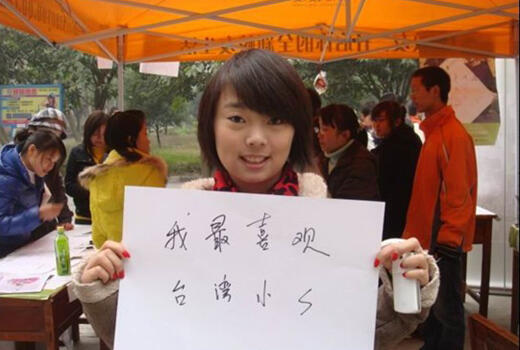 Key is a Chinese-American blogger and founder of ChinaHush.com.

The exchanged questions and answers do not broach any deep social or political issues, but are instead just simple everyday-life queries, such as ‘Who do you think is funnier, Jacky Wu or Xiaoshenyang?'  Despite their simplicity, they illustrate cultural differences across the strait and prove that netizens in Taiwan pay close attention to the lives of their fellow brothers and sisters in mainland China. They are especially meaningful given the context of China and Taiwan's recent efforts to improve cross-strait relations after over 50 years of separation.

Although the first direct flight between the mainland and Taiwan was instituted this [last] year, (previously, passengers had to transfer from Hong Kong or Macao), the removal of this travel barrier is only a small step in overcoming the invisible barrier formed over the years that continues to divide the Chinese and the Taiwanese. The political struggle between the two governments has been the root cause of their segregation, which is often enforced by television, movies and the media, and the political propaganda that filters through to paint a biased picture of the other side.

It is still not unusual to come across news reported on Chinese websites describing how Taiwanese people viciously attack mainland Chinese tourists in Taiwan, or some crazy anti-China demonstrations in the middle of the street where Chinese national flags are burned and trampled upon. Given this tendency, it was refreshing for me to finally see something positive about the cross-strait interactions." 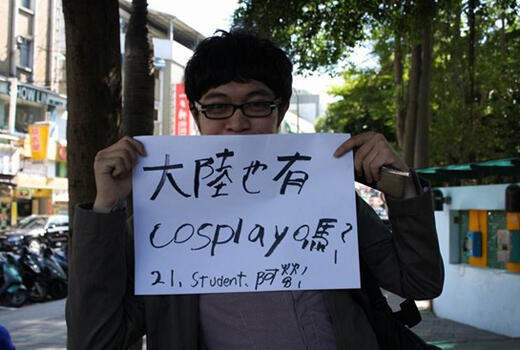 Do you have "cosplay" (Manga dress-up contests) on the mainland? 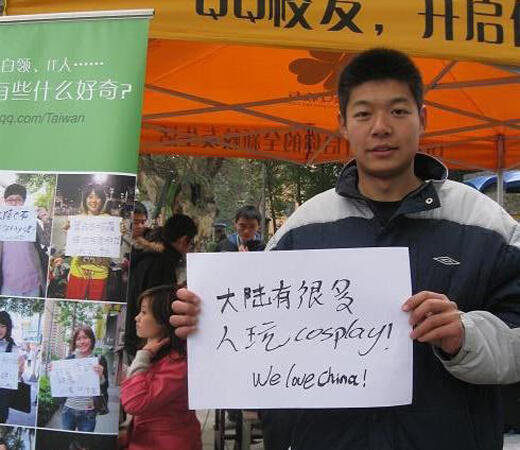 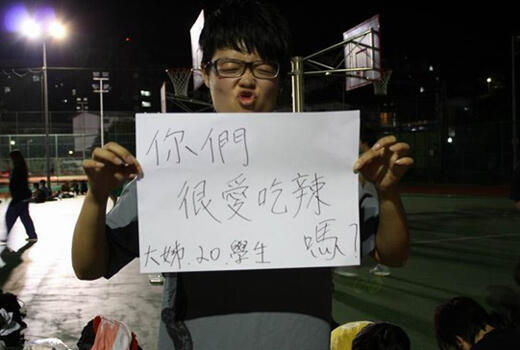 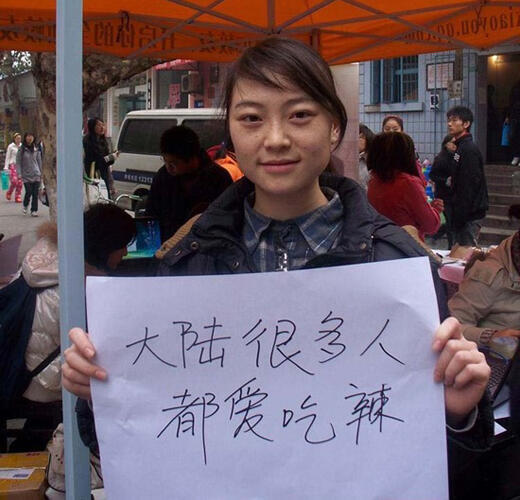 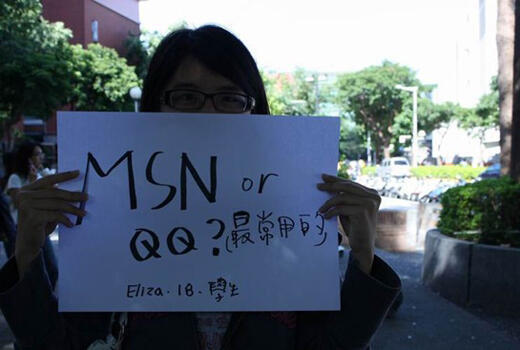 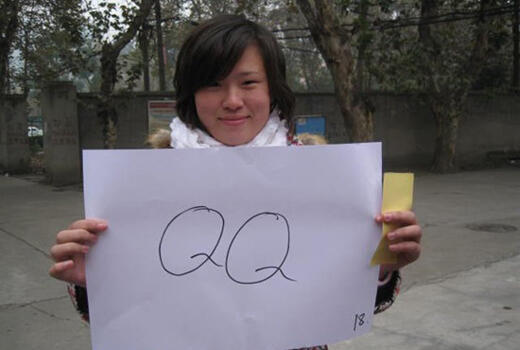 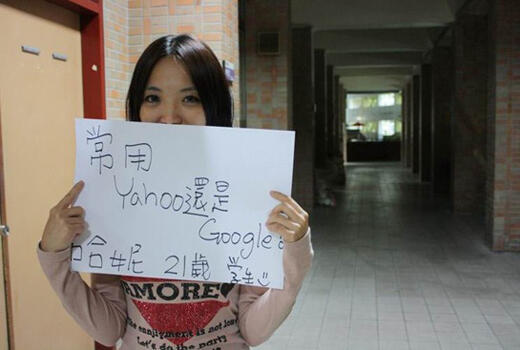 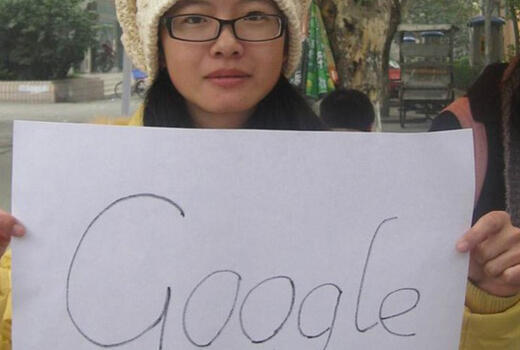 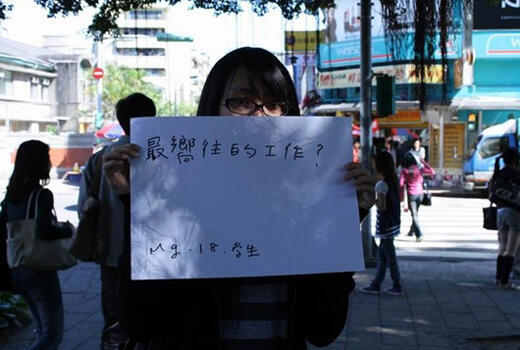 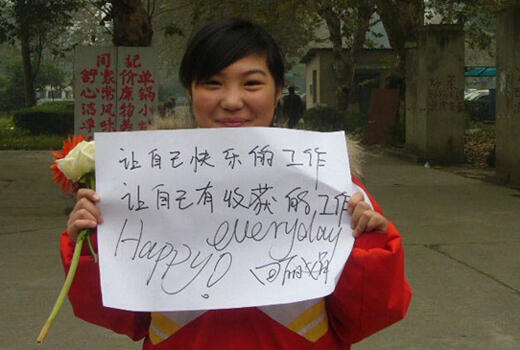 A job that makes me happy and is well paid. 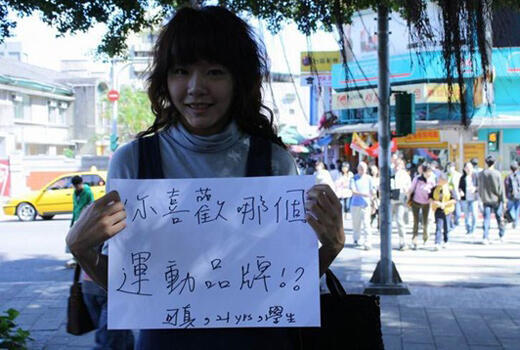 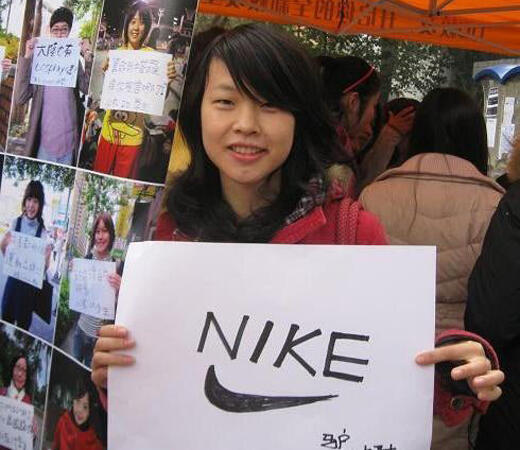