Don't expect a university degree to guarantee you a decent standard of living in the Chinese capital. So poor and desperate are the city's young graduates, they have been labelled "ants" for their hard-working ethic and limited living space.

Don't expect a university degree to guarantee you a decent standard of living in the Chinese capital. So poor and desperate are the city's young graduates, they have been labelled "ants" for their hard-working ethic and limited living space.

Increased tuition fees and a saturated job market; that's why there are now over 50,000 young graduates squashed into the poor outer-Beijing suburb of Tangjialing. According to Chinese sociologist Lian Si, there are no less than ten of these "intellectual slums" wallowing on the outskirts of Beijing.

"An alienated ant on the Beijing metro"

This artistic depiction of life in Beijing for one hopeless graduate was produced by a “member of an ant colony”. The clip has already been viewed 850,000 times since it was published two days ago on Youku Buzz by "jeanshao".

Lian Si is a sociologist in Beijing. He wrote the book "Ant Tribe".

I became interested in this problem in 2007. I then spent two years researching; I visited seven ‘colonies' on the outskirts of Beijing, living in them each for some time, and in total, interviewing 600 graduates.

I noted that the graduates earn an average of 1950 Yuan (€200) a month. Most of the time they work on stalls, as waitresses or doing other temporary jobs. The rent costs around 400 Yuan (€40) a month. They spend a lot of time travelling to and from the centre of the city on public transport.

The ‘ants' have three characteristics in common. They're graduates, they're low earners, and they stick together. They're labelled ants because they're undersized and have limited living space, but at the same time they're intelligent and they don't grumble about their situation.

About 80% of them come from isolated villages cut from the world. They try to make a living in big cities like Beijing. It's also because of this that they stay in a group, to have the feeling of community and security in their unfamiliar surroundings.

Most of them stay for about five years. They either find a decent job and move into Beijing itself or give up and go back to their hometown.

Both the central and local governments are currently looking seriously into how to make improvements to these people's living conditions."

“The biggest rooms are 20m2; but most are less than half that”

This account, from a resident of Tangjialing, was posted on the MOP forum on Dec. 4, by "La solitude de DanDan".

The buildings here are Tongzilou [tube shaped with communal corridors], built especially for people like us looking for cheap rent. 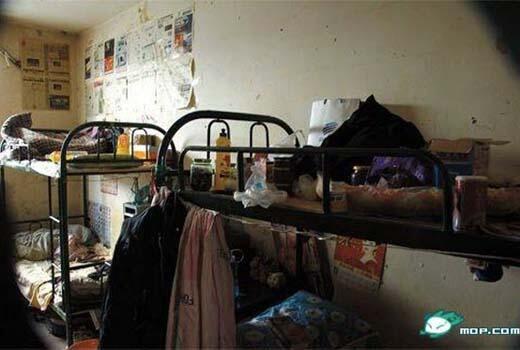 The biggest rooms are 20m2. Most of them are less than half that. 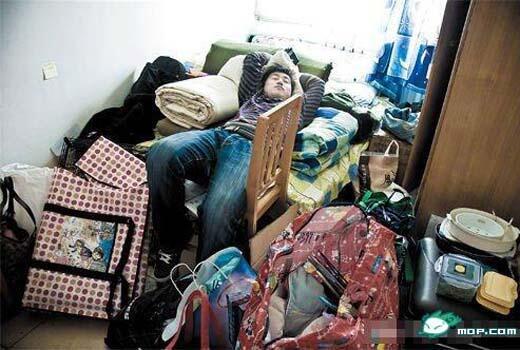 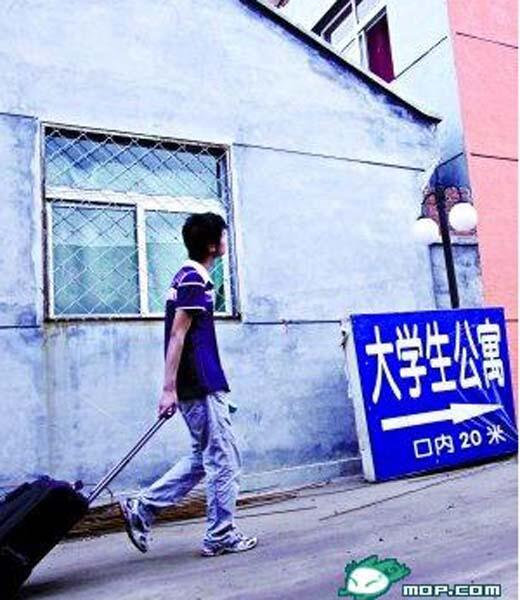 Most people come to Beijing full of hope. They go to uni and then decide to stay to start their career here. But with the saturated job market, they’ve got no choice but to live in places like these. I’m thought of as lucky, because I earn 1,000 Yuan (100 euros) a month. But you can never be sure of holding onto your job.” 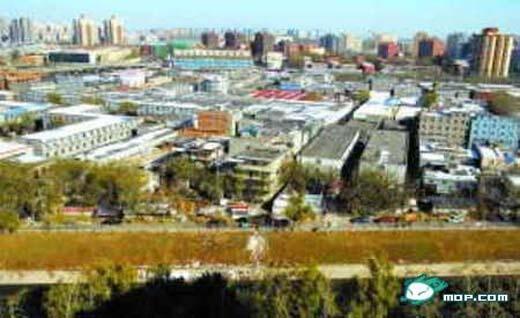 This is Tangjialing. The place looks better on the photo. Only people who live there understand what it means to be an ‘ant’. It’s a real town within a town. 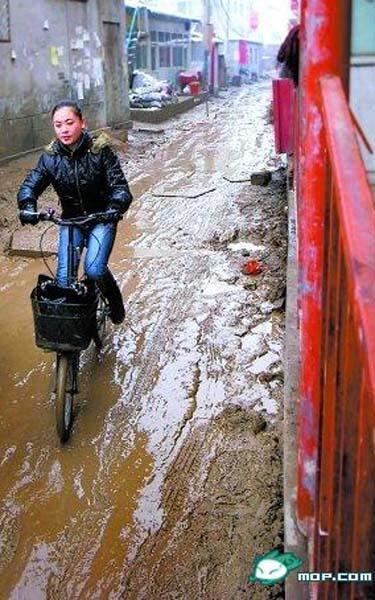 This is one of the streets in Tangjialing. It rains a lot in the summer, you have to put plastic bags on your feet. When it’s dry it’s like a desert of dirt. 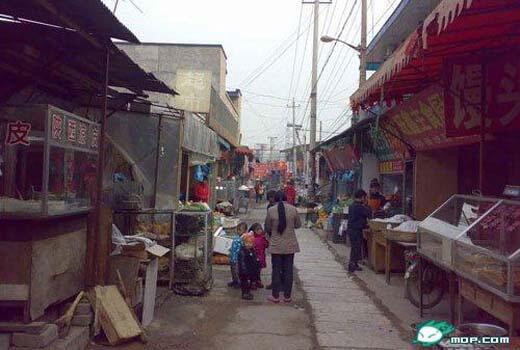 People come from all over China, and live in even worse conditions than ours! 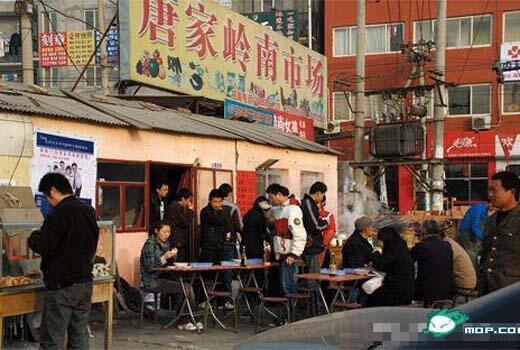 This is a place to eat. It’s cheaper than in the rest of Beijing. But people only eat out for breakfast – the rest of the time we cook in our bedrooms. A bit sad if you’re single, like me. 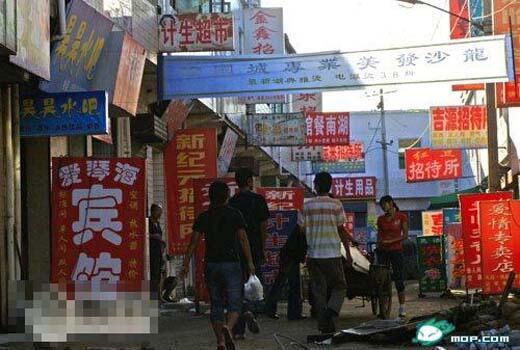 People will eat bread rolls and nothing else for weeks to save money. But I keep telling them, that if they don’t eat well, they won’t be healthy enough to work properly. 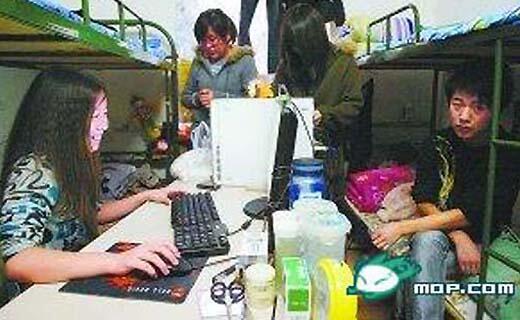 Here’s a bedroom. It’s unbearable in the summer. 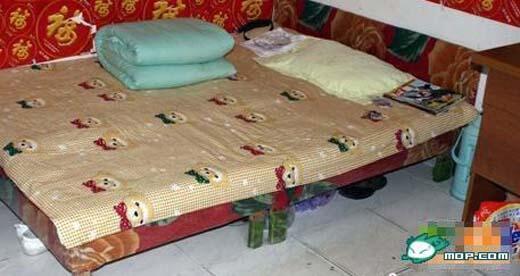 This is quite a tidy room. A bit like mine, but with my long working hours, I don’t find the time to tidy my room. 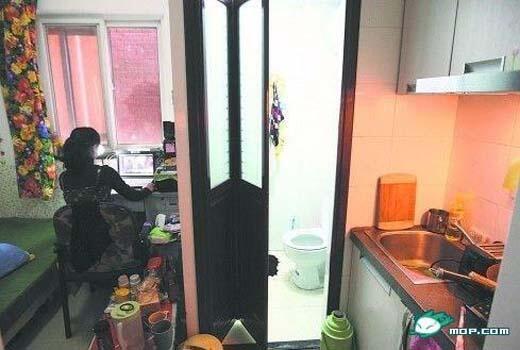 This is paradise. You should always live with a woman. 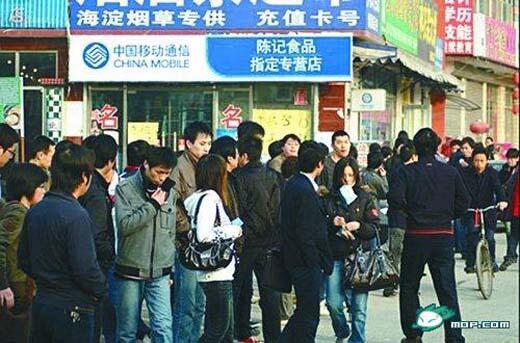 The bus stop. More than 10,000 people wait here every morning. There are more than ten lines that stop here, but the buses are still packed. 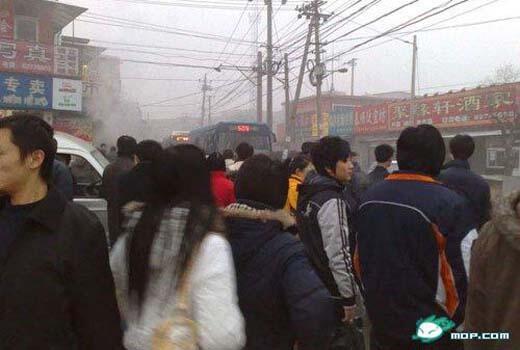 Tangjialing is situated after the fifth circular road of Beijing. It takes between one and two hours to get to work. 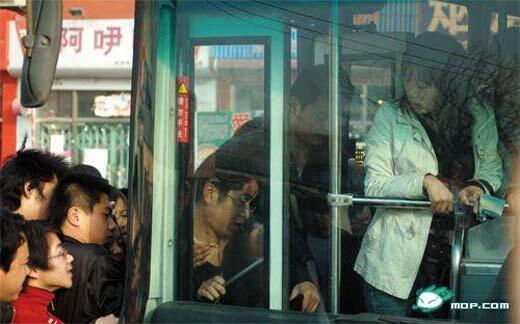 There are even people employed to push us on to the bus so that the doors can close. Sometimes you have to wait two hours for a bus with space to come.

It’s hard to say how we carry on with this life. Some get by, others fail, but at least we all learn how to persevere; it's a useful experience for later life.”