Where 1,400 people are outnumbered by 40 million crabs

It takes the land-crabs of Christmas Island almost two months to make their way from the forest to the sea and back again. But that doesn't stop the island's human inhabitants needing to get from A to B. The result? The world's most careful drivers. Read more and see the photos...

It takes the land-crabs of Christmas Island almost two months to make their way from the forest to the sea and back again. But that doesn't stop the island's human inhabitants needing to get from A to B. The result? The world's most careful drivers.

Christmas Island, situated 2,000 kilometres from the Australian mainland and 450 kilometres from Indonesia, has long been a privileged wildlife haven. At the beginning of the annual rainy season in October or November, the red crabs begin a methodical migration, males first, followed by females, from forest to coast, to breed and release their eggs into the sea. The males then return, followed later by the females, along with their newborn.

It's never a safe trip - the Christmas Island Tourism Association estimates that up to 425,000 crabs are run over each migration season. And soon, the crabs will have double the traffic to deal with - the island has just opened an immigration centre, set to double the human population. 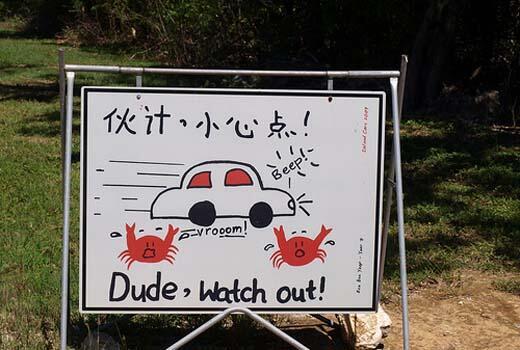 “It truly is an incredible sight; like people moving in a busy city”

Stuart Linton is a biology professor at Deakin University in Geelong. A frequent visitor of Christmas Island, his research focuses on the red crabs' adoption of leaves as a diet, something unusual for crabs.

The migration takes place because the red crab is a land crab, but to reproduce it has to lay its eggs into the sea. It truly is an incredible sight, which happens very fast. It's like people moving in a busy city.

In recent years the growing number of yellow crazy ants, an invasive species, has seriously threatened the red crab population. The ants, who have established enormous colonies, spray formic acid on the crabs when the two cross paths. As a result their numbers could be dwindling.

The road [leading to the detention centre] is a disaster as the majority of the red crab population cross it during the migration on their way to the north-west coast. The noise of the cars is going to scare them from crossing, and although the government plans on building overhead crossings, crabs usually avoid them. The only way to protect them during the migration is to close the road for its duration." 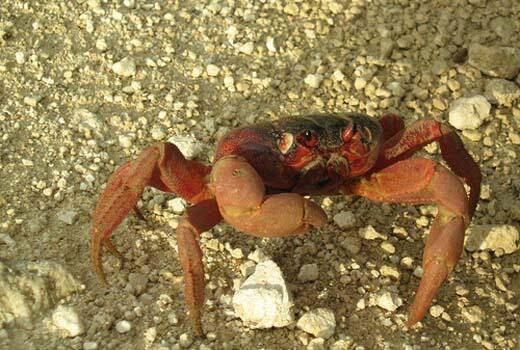 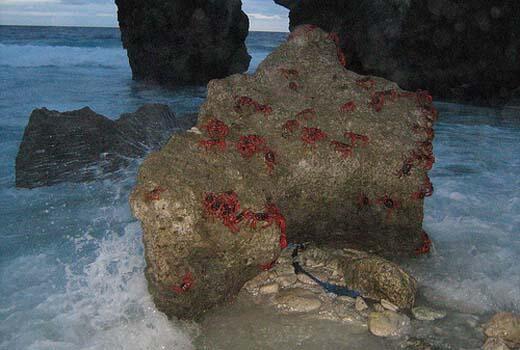 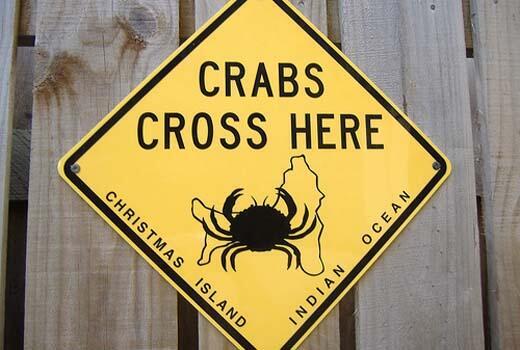 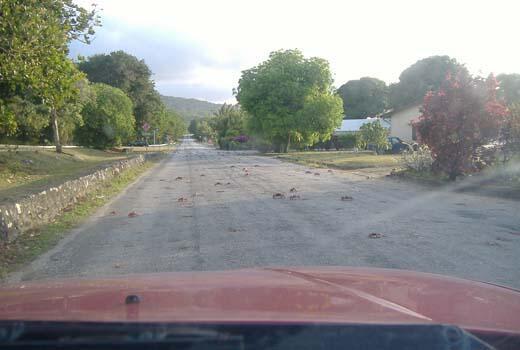 Driving on a Christmas Island road. Image: "wjusto21" on Flickr 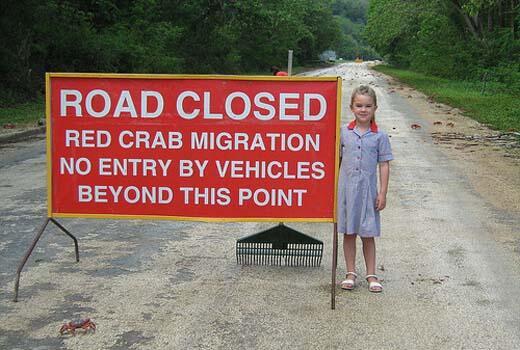 Margaret Watts is a medical scientist from Perth who travels to Christmas Island every year with her six-year-old daughter Julia. She covers the leave of the hospital laboratory's medical scientist.

I find their migration fascinating, particularly the timing of spawning. How does a crab living in the jungle know when it is the turn of the high tide on the morning of the first day of the quarter moon? [Spawning takes place at 3am on the last quarter of the moon in December every year].

There is a particular Christmas Island style of driving during the migration. The speed limit is reduced to 40 km per hour, and we become quite skilled at not running over them. You get a real feel for how fast they move, and which direction they will back off in when the car wheel gets close. The unfortunate thing is that the crabs eat the other crabs that have been squashed on the tarmac, and are in turn run over. Since the island is quite humid, the rotting crabs on the roads smell really bad.

Locals have a great affection for the red crabs, and every year we act as lifeguards when the female crabs spawn. They can't swim and drown if they are washed out to sea, so we pick them back out.

During the migration you have to remember to keep doors closed at all times because otherwise they come into the house or school. They are quite good at finding food." 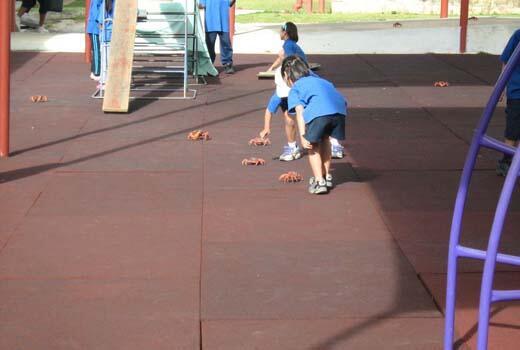 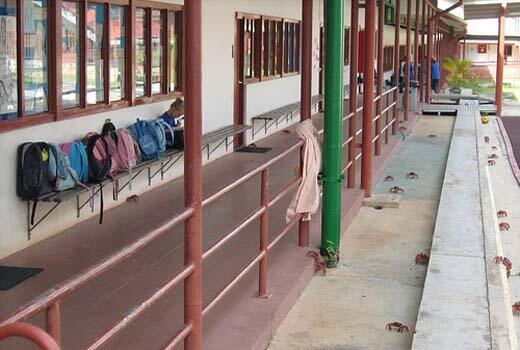