Was the catastrophe in Jeddah avoidable?

The torrential rains that engulfed Jeddah on November 25 killed 108 people and caused 2 billion dollars worth of damages. City residents are convinced that the Saudi authorities are partly responsible for the tragedy.

The Um Al-Kheir complex in a western suburb of Jeddah. Photo published on the Facebook page "Catastrophe in Jeddah".

The torrential rains that engulfed Jeddah on November 25 killed 108 people and caused 2 billion dollars worth of damages. City residents are convinced that the Saudi authorities are partly responsible for the tragedy.

The day after the downpour, the Web was inundated with images of the aftermath. Not only was their town turned upside-down, but they saw the resulting death toll climb throughout the day. On Nov. 30, King Abdullah announced that the family of each victim would receive one million riyals (€177,000) in compensation, and that an investigation into who was responsible for damages would be launched.

Our Observer in Jeddah explains why he believes the catastrophe was inevitable. 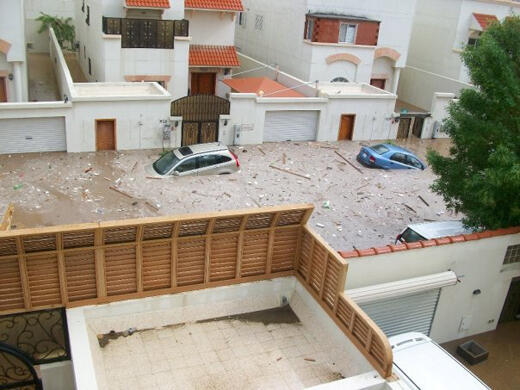 The following photos were also published on the Facebook page of the "Campaign to save the city of Jeddah". 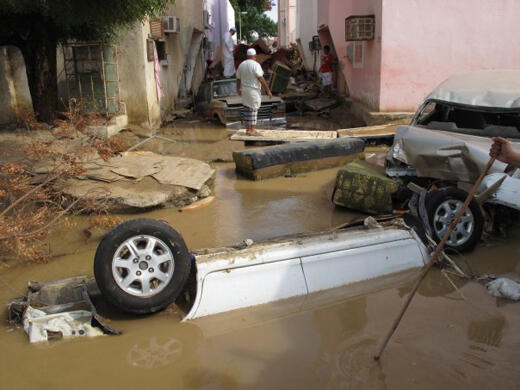 Poor areas, home mostly to immigrants, were the worst affected. 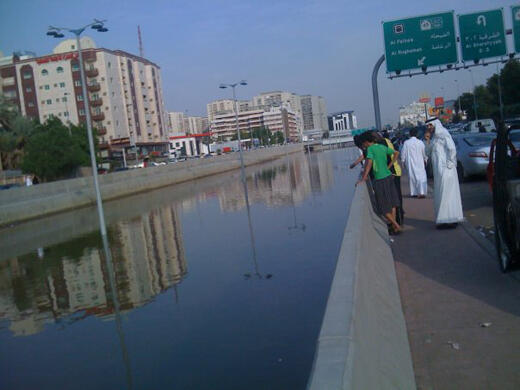 Jeddah's most recent tunnel, named after King Abdullah, was constructed to link the east to the west of the city. It cost the equivalent of over 30 million euros. 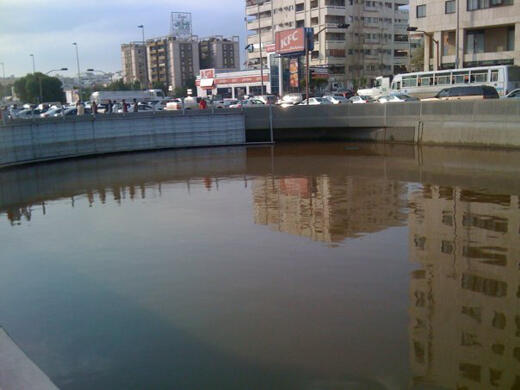 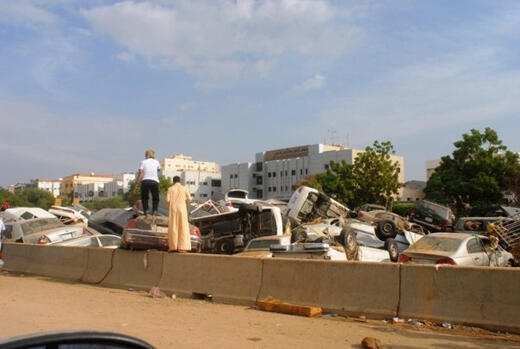 Cars left stranded on the motorway.

A factory destroyed by the floods.

Ahmed Sabri is a social worker from Jeddah. He helped to document the aftermath of the floods and to re-house victims.

Jeddah is situated in the Hejaz region, between the Red Sea and the Sarawat Mountain range. The city was ravaged because it lies in the long Hassat Al-Marikh valley; where every 35 to 40 years, a torrent of water comes tumbling through the valley and in to the sea. That's why residents here have, for thousands of years, avoided building in danger spots. In the past few decades however, corrupt town planning officials have been giving permission to build in those areas, and without developing a proper drainage system. The Quwaiza district, completely devastated today, was built on the riverbed of the last flood. So it really shouldn't have come as a huge surprise. We built our homes in the path of an avalanche of water.

Corruption, negligence and human error have a lot to do with it. How is it possible that a city of almost four million people had not prepared for such a catastrophe? Worse, how can we avoid such catastrophes if the local infrastructure doesn't follow basic security measures?

Jeddah has no drainage system for waste and river water. The lake to the east of the city is in fact an enormous cesspit; the destination of all our sewage. It's posing an environmental threat; 20 million metric cubes of waste right next to the city. In what wealthy city do you have a cesspit lake instead of sewage works?"

The transformation of the lake in question, called "The Musk Lake". Photo posted on the Facebook page of the "Campaign to save the city of Jeddah".