Welcome to Ireland, unless...

Since Wednesday, visitors to Dublin airport have been met with an unusual message... 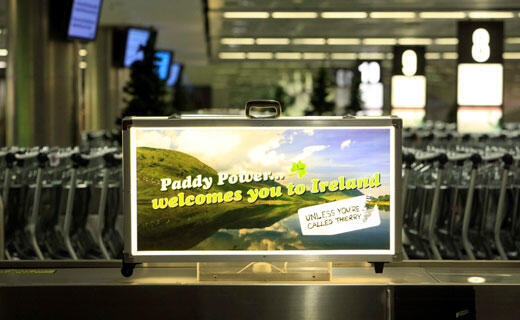 The advertisement run by the Irish bookmaker Paddy Power is the latest response to last week's World Cup qualifier between Ireland and France, in which France went through thanks to Thierry Henry's controversial handball.

The bookmaker had already decided to refund punters who had backed Ireland to qualify for the World Cup in South Africa. They reportedly refunded fans over 120,800 euros.