A navy for a landlocked country

With approximately 6,000 men and 70 vessels, the Bolivian navy keeps control of the Andean country's waterways. The only catch? Bolivia is landlocked.

With approximately 6,000 men and 70 vessels, the Bolivian navy keeps control of the Andean country's waterways. The only catch? Bolivia is landlocked.

With no seas to patrol, the navy's main naval base lies on Lake Titicaca - sitting 3,800 metres high in the Bolivian Andes. Besides guarding the high-altitude lake, its main function is to conduct operations against smugglers and drug traffickers on the rivers in the Amazonian region. But there's another reason for maintaining this sea-less navy: keeping the dream of Bolivia's claim to the sea both alive in peoples' minds, and ready for the day it can once again set sail in open waters.

When the War of the Pacific with Chile ended in 1883, Bolivia lost its only maritime province and 400 kilometres of coastline. For practical reasons, its navy was reduced in size and integrated into the army. But in 1963 it was re-established and since then national awareness about "the sea issue" runs high. Today, the navy slogan - "The sea belongs to us by right and recovering it is our duty"- is a common sight in schools, bus stations and police stations across the country.

Bolivia is not the only landlocked nation to maintain a navy. Other sea-deprived countries like Laos, Paraguay or Uganda also keep naval forces to patrol their lakes and rivers, but Bolivia's remains the largest. 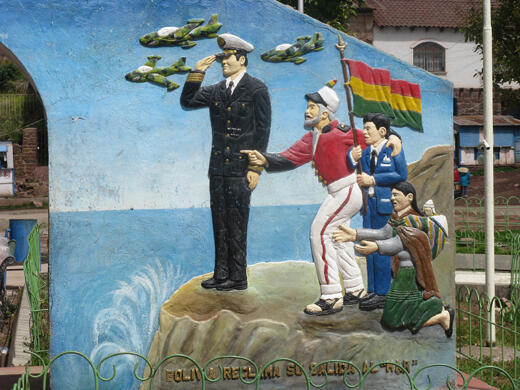 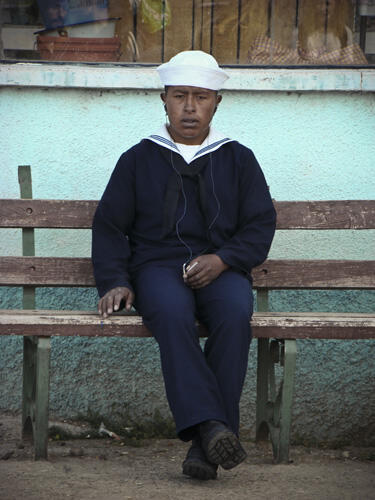 We remember having access to the sea because it was a huge loss for us [when we lost it]. The territory that we lost had huge deposits of saltpetre, guano and copper, three resources that have played a huge role in allowing Chile to develop and become the economically strong country it is today. In the meantime, Bolivia remains the poorest country in South America.

The most significant consequences for us have been economic: we have to pay high transport fees to take our exports to the ports of Arica or Iquique, plus the ordinary port fees and taxes. Being landlocked seriously limits our trade possibilities.

For years Bolivia took the issue of the sea to the UN and elsewhere, but relations between the two countries have improved greatly in recent years. We still do not have formal diplomatic ties, but Bachelet and Morales set up an agenda of 13 points to discuss, one of which is Bolivia's claim to the sea.

Nothing has happened yet, but it's the first time that Chile has agreed to discuss the issue and that is already a step forward. However, I think our claim of sovereignty over the sea is very difficult and we might have to consider other possibilities. One that has been suggested is giving Bolivia access to a Chilean port where our government could decide on matters like taxes and shipping fees.

Almost 130 years have passed, but the issue is part of our identity. From a very young age we're taught that Bolivia was born as a country with an ocean and that we lost it. On March 23, when we celebrate the ‘Day of the Sea', children participate in plays and paint murals re-enacting the historical events. Through these acts, we do not allow ourselves to forget about the sea." 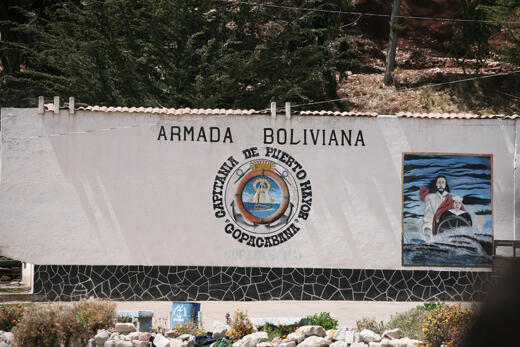 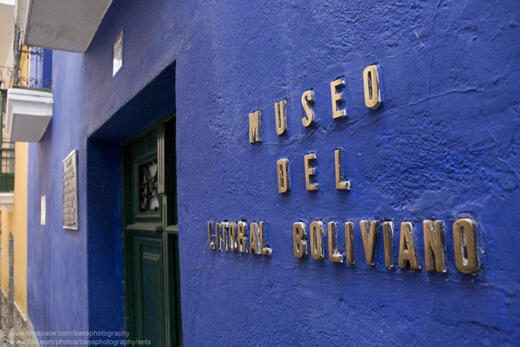