Officials in a city in Washington are trying to shut down a coffee shack because of "traffic concerns". The real reason? The waitresses' uniform is nothing more than a bikini. Read more...

Officials in a city in Washington are trying to shut down a coffee shack because of "traffic concerns". The real reason? The waitresses' uniform is nothing more than a bikini.

Scantily-clad baristas are far from a rarity in the north-western state of Washington, where in Seattle, the first of its kind opened three years ago. The original entrepreneur attributed the initiative to increasing competition in the area, and since then, many others have followed suit. In the city of Bellevue however, 10 minutes east of Seattle, the first bikini baristas are finding it hard to sell their coffee.

Just two days after the branch of "Knotty Bodies" opened, a mass of local puritans stormed the City Council meeting to express their outrage over the shack. The following day, it was ordered to close its doors. But not because of the uniform. The Council stated that its drive-through window was violating city codes due to "permitting problems". Knotty Bodies responded by telling customers they would have to walk up to the shack, rather than drive, until they solved the problem.

The shack in Bellevue is not the only one to experience local opposition. This video was filmed in Puyallup, Washington. Posted on YouTube by "domii0401" on October 2, 2009.

This is an extract from a post written by a Bellevue resident whose two children attend schools near the shack. His blog: The Voice of Reason.

I had to attend a meeting at my son's school and drove right by [the shack] (...). Funny how the last place didn't have any permitting problems isn't it? It's the same shack with a different exterior in the same location.

But here's the fun part. When I drove by, there was a guy with a camera who I assumed was taking promo shots for the grand opening or something. Wrong. Some genius had the idea that it would discourage people to frequent the place if there was a threat that their picture might suddenly pop up on the Internet buying coffee from some babe in a bikini. Is this person living in an alternative universe?

So what we have here is a classic example of the media fuelling the moronic masses into a frenzy over what isn't really news at all. The last time I checked public nudity laws didn't cover bikinis. They covered nudity.

[But] of course anyone under the age of 18 who happens to catch a glimpse of these bikini babes is destined to a life of sexual perversion. Why? Because they aren't at the beach! It's common knowledge that seeing a bikini babe at the beach is OK but that if you remove the bikini babe from the beach she becomes a Medusa that drives our youth into a life of crime and debauchery."

The following photos are of the Knotty Bodies shack in Ballard, north Seattle. 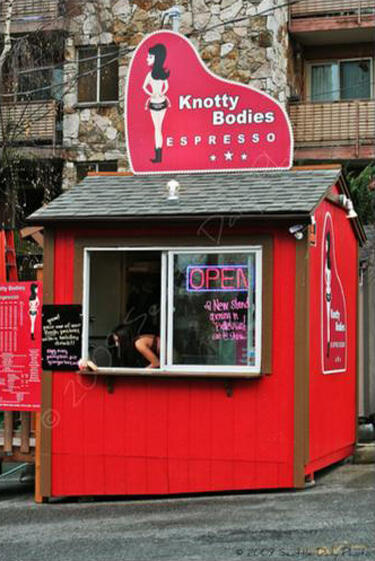 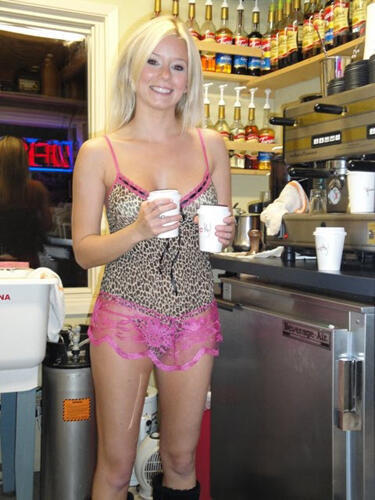 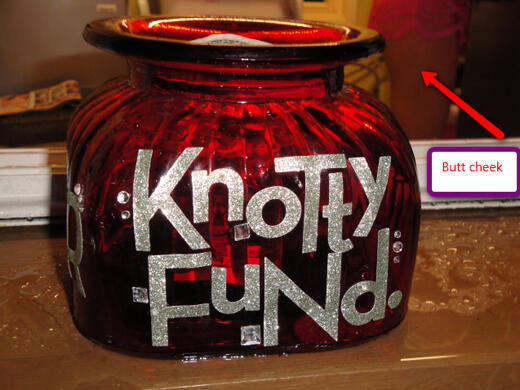 Photos posted on the Coffee Commuters blog on October 23, 2009.