On Wednesday a Muslim army psychiatrist shot and killed 13 soldiers at the Fort Hood military base in Texas. Our Observer Ernesto Haibi knew the shooter: he worked as a medic in the same base. He tells us about the killer's personality, and how security conditions in the camp may have allowed for this to happen. ...

On Wednesday a Muslim army psychiatrist shot and killed 13 soldiers in a Military Base in Fort Hood, Texas. Our Observer Ernesto Haibi knew the shooter: he worked as a medic in the same base.

Haibi was not on the premises when Major Nidal Malik Hasan went on rampage in the huge Texas base of Fort Hood, gunning down and killing 13 fellow soldiers and wounding 30 others. The killer himself was seriously injured, and is in intensive care at the base's hospital unit.

Hasan dealt with troops returning from combat and faced his own imminent deployment to Afghanistan. The shooter's cousin, who expressed shock and grief at the tragic attack, told the New York Times that his cousin was "mortified by the idea of having to deploy" and had been harassed by other soldiers for being a Muslim, particularly since the September 11, 2001 attacks.

Ernesto Haibi, an army medic based at Fort Hood, regularly met Nidal Malik Hasan when he escorted wounded soldiers returning from combat to be examined at the psychiatric ward. He tell us his story.

"I noticed doctors didn't seem too happy to send him soldiers"

Ernesto Haibi is an army medic and blogger who lives in Copperas Cove, Texas.

I knew Nidal Malik Hasan on a work-related basis: we met when I escorted wounded soldiers who returned from combat to the psychiatric ward. He was a bit of an odd duck, very stand-offish and not overly friendly. I took his aloofness for arrogance, but neither I nor any of the people I spoke to who also knew him could ever have guessed this would happen.

He was in charge of writing the narrative summaries with the diagnostic of soldiers coming back from combat with post traumatic stress disorder. I noticed that other doctors didn't seem too happy to send him soldiers.

In theory, nobody carries a weapon around in a military base except the police. Hasan must have managed to slip in his personal weapons, which isn't impossible given that you can't realistically check every single car that comes into the Fort Hood base - there are about 5 or 6 thousand every morning. Once the guards get to know you,  they'll just look at your ID and let you through. Although there are thorough searches on a random basis, those can't be foolproof.

The Fact that Nidal Malik Hasan is a Muslim does of course raise suspicions that Islamic fundamentalism is the main motive, especially when we hear reports that he shouted "Allah Akbar" ['God is Great' in Arabic]. This in a way makes the killing even worse, because it shines a negative light on the thousands of Muslims in the US or those who are serving in the army and who have done nothing at all. I have unfortunately heard reactions to the shooting with negative comments against "towel heads" [a pejorative term to designate Muslims] but I don't think the shooting will spark more anti-Muslim sentiment - it may just make those who use terms like "towel heads" more vocal. 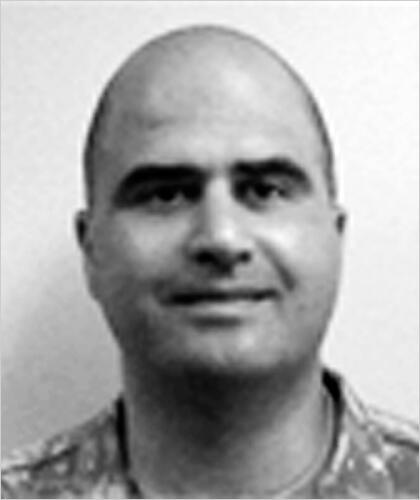