A dangerous desire to have fairer skin

Baking yourself in a tanning booth remains a popular activity among the vain and pasty of Caucasian descent, despite increasing health warnings. But at the other end of the spectrum, skin tempering practices are just as risky, and ever growing in popularity. Read more...

Baking yourself in a tanning booth remains a popular activity among the vain and pasty of Caucasian descent, despite increasing health warnings. But at the other end of the spectrum, skin tempering practices are just as risky, and ever growing in popularity.

Since it emerged in the US in the 1960s, the practice of skin-whitening has worked its way across the world. If certain African, Asian and Latino societies consider fair skin a symbol of beauty and higher social standing, then the success of lighter skinned stars in the media has only confirmed their beliefs.

Skin-whitening involves the application of products made with strong toxins, which rarely carry a health warning. Increasingly popular, the hazardous "beauty solution" is posing a serious problem in many countries in Africa and elsewhere.  On Tuesday (Nov. 3), a French MP launched a nationwide awareness campaign about the dangers of skin whitening.

“For some, fair skin remains a symbol of wealth and higher social standing”

This problem has been around for some time, only now, it's bigger than ever and growing rapidly. Everybody's doing it. Something that's not helping is the numerous advertising campaigns which show women with fairer skin.

Despite having passed laws to monitor this kind of advertising and to ban dangerous products, the Ivorian authorities don't bother enforcing them. Nothing's changed.

Although the concept is condemned in public, many men in private admit that they prefer women with fairer skin. For some, fair skin remains a symbol of wealth and higher social standing. There are plenty of women who don't think twice about ‘levelling out' their skin, as we say here. It ranges from 12-year-olds to the elderly." 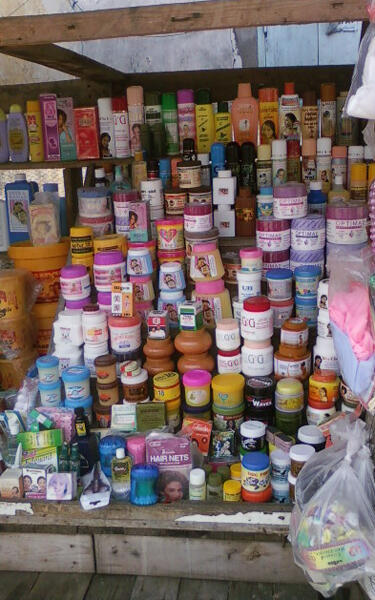 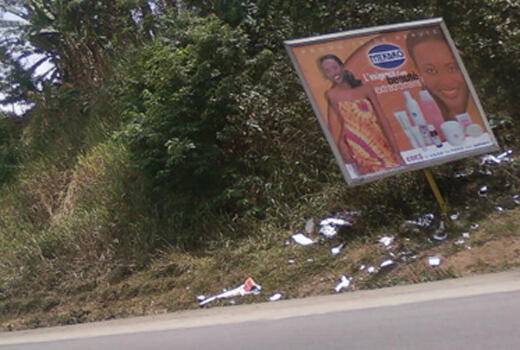 Adverts for beauty products in Abidjan. The skin of the girls featured is much fairer than that of the majority of Ivorians.

“While it’s a problem in France, it’s a question of public health in Africa”

Khadi Sy Bizet is a Paris doctor specialised in the dermatological aesthetics of black skin. She wrote a book on the subject, "The book of black beauty".

There are two extreme ways of whitening the skin. Both are highly dangerous. The first employs cortisone [a steroid hormone], which destroys the epidermis [outer layer of the skin]. The product passes into the bloodstream and the user develops a strong dependence on it. Most women who have used this product describe feelings of depression, not to mention serious physical problems with the skin itself.

The other method is to apply a hydroquinone based product. This is a carcinogenic compound and banned in France [it was banned by the entire European Union in 2001]. You can only find it on the black market.

The story goes that men prefer women with fairer skin, but it's not true. While it's a problem in France, it's a question of public health in Africa, where every country is affected. It started in Ghana, where prostitutes were the first to whiten their skin.

Products sold legally in France don't really work. It must be understood that changing your skin colour simply goes against nature." 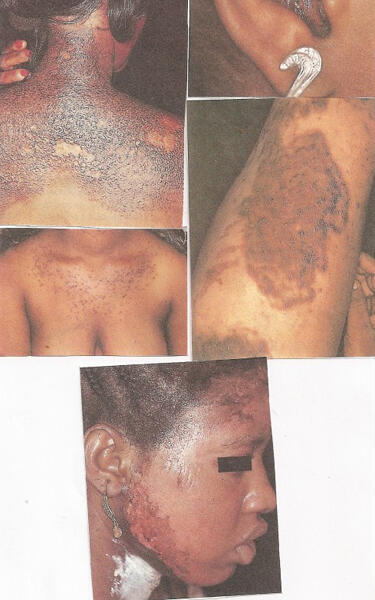 Skin damage as a result of using both cortisone and hydroquinone.