The cinema that turned into a church

In an attempt to do away with religion, Soviet Russia turned its churches into swimming pools, warehouses and sobering-up clinics. Now, the trend is being reversed - schools, cinemas and hotels are being transformed into churches by Orthodox parishioners. Read more and see the photos...

In an attempt to do away with religion, Soviet Russia turned its churches into swimming pools, warehouses and sobering-up clinics. Now, the trend is being reversed - schools, cinemas and hotels are being transformed into churches by Orthodox parishioners.

This is, or was, the Shakhter cinema in the city of Safonovo, Smolensk region (east). 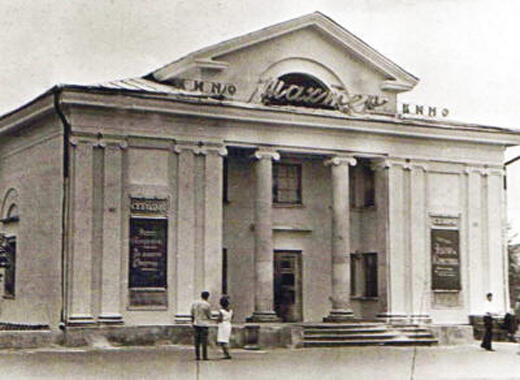 When the buidling was still functioning as a cinema in the 1960s. Photo courtesy of Russia Today. 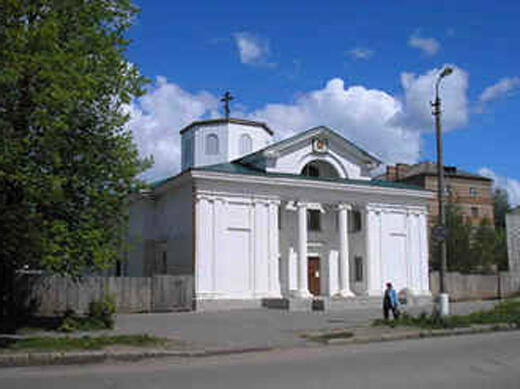 During the building's transformation (2001/ 2002). Image posted on the Smolensk Council website. 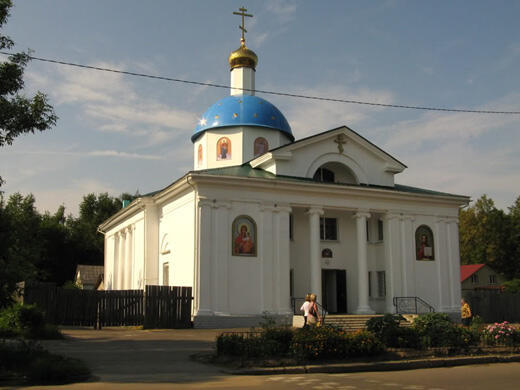 And in 2008, as the "Nativity Church". Photo posted by "yardkeeper" on Livejournal.

Other victims of transformation 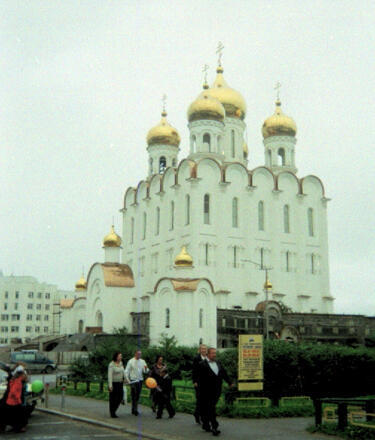 This building in Magadan (far east), was a Communist Party Regional Committee base in Soviet times. Today it's home to the very religion they tried to outlaw. Photo by Segrey Lelenko. 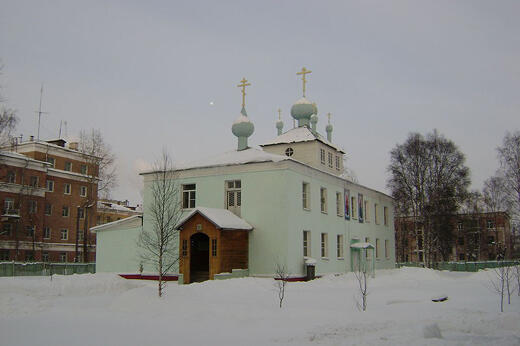 This infant school in Severodvinsk (north) originally let out a prayer room for Orthodox followers, but in 2006 after the school went bankrupt, it was taken over entirely and renamed the Saint-Nicolas Church. Photo by Alexey Schekinov. 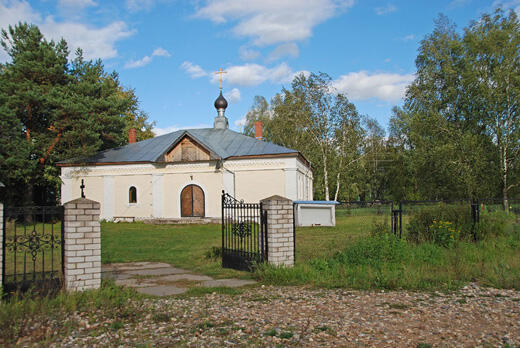 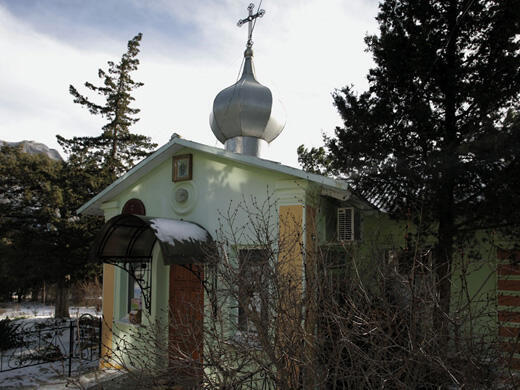 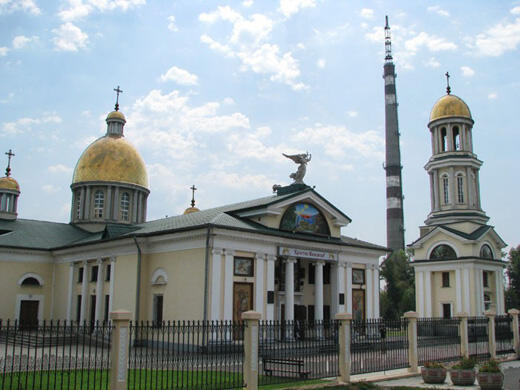 Palaces of culture, former Soviet institutions, are often victim to the Orthodox seizures. This one is now the Saint Andrew First-Called Church, Zaporozhie, Ukraine. Photo by Varandej on Livejournal.

“If someone wants to transform a building into a church, the authorities aren't going to stop them”

Vladimir Paperny is a Russian-American designer and a researcher into Soviet architecture.

The Soviet regime started with the mass transformation of churches into warehouses, factories and museums in following Karl Marx's principle that ‘religion is the opium of the masses'. What was surprising is how little resistance the Russian people demonstrated. The Kazan Temple in Saint Petersburg became a museum of anti-religious propaganda, Danilov Monastery in Moscow became a juvenile prison camp, Novospassky Monastery was turned into a sobering-up station. Alekseevsky Monastery became a Young Pioneers [USSR mass youth organisation] Palace, in which I visited a drawing class in 1978. And the Church of Serafim Sarovsky and Anna Kashinskaya was rebuilt into a crematorium.

It's no surprise that we are witnessing a reverse process nowadays. United Russia and others who run the country rely a lot on the Orthodox Church, because it provides them with the symbolism which was destroyed by Gorbachev and Yeltsin during the Perestroika period of time, when the old Soviet symbols were gotten rid of. They see the church as a replacement, a new symbol of unity. If someone wants to transform a particular building into a church, then the authorities certainly aren't going to stop them.

Strangely enough, the formerly rejected symbolism of the Soviet past is now merging with the symbolism of the church. Both the Orthodox Church and nostalgia for Stalin are growing in popularity. The way it's going, maybe it's time to have church bells ringing on the Kremlin."