Julio López disappeared on his way to one of the final hearings in the trial of the man who ordered his detention and torture during Argentina's brutal military regime. Three years later, and the 80-year-old bricklayer is still missing, for the second time. He has not been forgotten however; his face can be seen all over Buenos Aires, in stickers, paintings, and stencils.

Julio López disappeared on his way to one of the final hearings in the trial of the man who ordered his detention and torture during Argentina's brutal military regime. Three years later, and the 80-year-old bricklayer is still missing, for the second time. He has not been forgotten however; his face can be seen all over Buenos Aires, in stickers, paintings, and stencils.

López is now known as the first ‘desaparecido' to have disappeared after the return of democracy. His plight has made him a symbol of the struggle for justice following the mass human rights violation committed by the military dictatorship between 1976 and 1983. Some 30,000 people ‘disappeared' in Argentina during those seven years.

López's story began in 1976, when he was kidnapped - for the first time - by national security forces and detained for almost three years. Former police commissioner Miguel Etchecolatz, the officer under whose supervision López was tortured, was sentenced to 23 years imprisonment in 1986 after the return of democracy. But the sentence was annulled on account of the controversial ‘Law of Due Obedience', which allowed officers to claim that they had acted under order from their superiors.

After the law was repealed in 2003 by then president Néstor Kirchner, Etchecolatz was the first soldier to be brought back to court. López testified as a witness. The court ruled the former police commissioner guilty of playing a role in the disappearance of six people and the torture of several others, and sentenced him to life in prison.

But just one day before the verdict, López had disappeared. 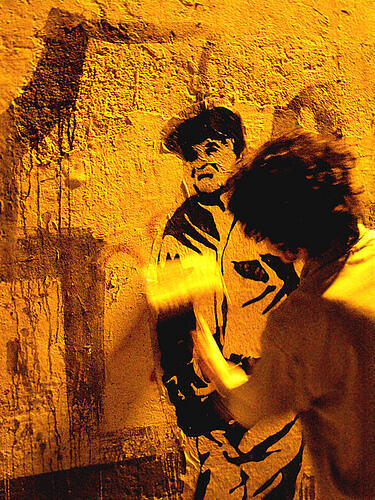 Pasting a sticker in the capital. Image: "la renate" on Flickr.

“This means that the heavy hand is alive and well”

Cristina Civale is a journalist and writer from Buenos Aires.

In a country where 30,000 people disappeared during [Jorge Rafael] Videla's dictatorship, we find the disappearance of Julio López unacceptable. He is ‘desaparecido' number 30,001, but in his case, one who vanished in democratic times.

What does it mean? It means that the heavy hand is alive and well, and that people who appear as witnesses of crimes against humanity are not safe.

“His act of courage may have ultimately cost him his life”

Gerardo Dell'Oro is a photojournalist for Clarín, Argentina's best-selling newspaper. In his free time he documents street art dedicated to Julio López.

I knew López personally. One of the cases in the trial in which he testified concerned the disappearance of my sister Patricia and her husband. Out of the eight victims behind the Etchecolatz trial [six of which were killed], two were part of my family.

They were taken away one November night in 1976. A group of police officers arrived during the night, some wearing uniforms and others in plain clothes. Their daughter was not even a month old at the time. I was 10 years old. For two decades we didn't know what had happened to them.

I met López in 1996. He had never spoken with anyone about those years, nor reported his case. But he talked to me, and I felt he had an urge to speak.

He had been held in the same place as my sister and brother-in-law, a detention centre known as the Arana Pit. He had seen both of them shot, about a week after they were arrested. He had heard my sister's last words: ‘Don't kill me, take me to a prison, I want to raise my daughter'.

It was thanks to López that we were able to finally reach closure, although justice was also a very important part of that process. At the time of the trial, my niece had just become a mother herself. And then López vanished. Just as the murderer was convicted, the star witness disappeared.

I started taking photographs [below] of the López street art as a way of honouring his memory. As a way of remembering someone who had remembered. Sadly, his act of courage may have ultimately cost him his life". 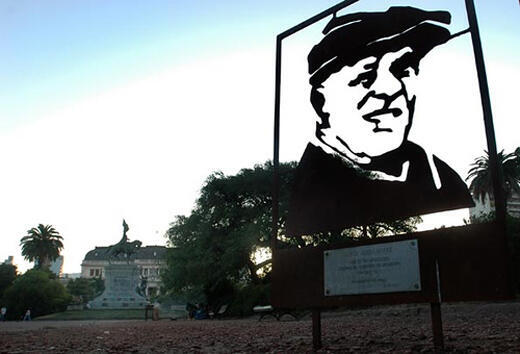 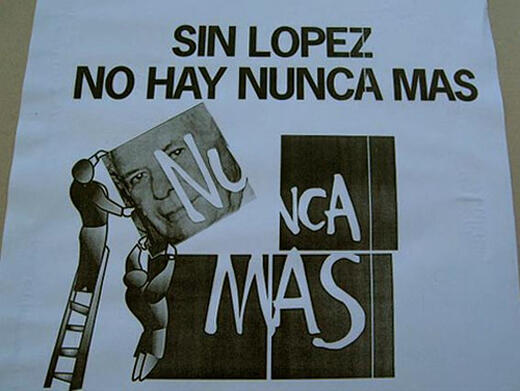 "Without López there is no 'Never again'" (referring to the official report on the disappeared). 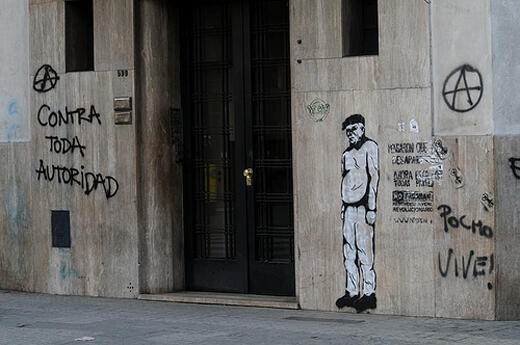 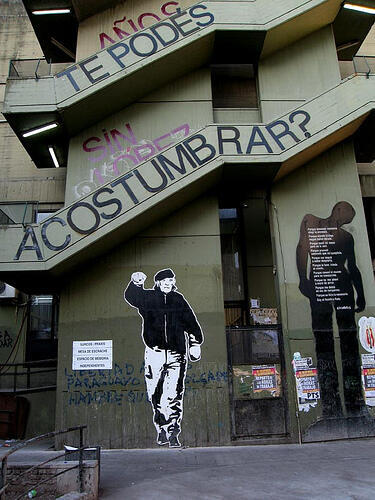 "Two years without Lopez. Can you become used to that?"