If you've never heard of Skins Parties, chances are you're a dinosaur of 25 or over. Directly inspired by the British teen drama "Skins", the parties have been described as the craziest thing in French nightlife, where girls are loose and drugs roam free. But are they really all they are made up to be, or have they turned into commercialized gigs?

If you've never heard of "Skins" Parties, chances are you're a dinosaur of 25 or over. Directly inspired by the British teen drama "Skins", the parties have been described as the craziest thing in French nightlife, where girls are loose and drugs roam free. But are they really all they are made up to be, or have they turned into commercialized gigs?

A Facebook page for an upcoming "Skins" party in Paris promises a "No Limits" bash, where anything goes. In the series, wild parties were a way for the teenage protagonists to escape their boring, frustrating lives. In the trashed homes and deserted warehouses imagined by the show's creators, lascivious tongues trade ecstasy pills, clothes come off and alcohol flows.

At closer inspection, however, the so-called "Skins" parties taking place in France today are a far cry from the uncontrolled and under-age get-togethers in the series. Although some die-hard "Skins" fans still organize romps at home when their parents aren't around, most larger events have merged into tightly supervised blow-outs that require months of organisation.

Sponsors work hard to keep up an underground feel (a "Skins" party organiser contacted by FRANCE 24 refused to answer our questions because we didn't fit their desired "image"), yet the series' initial influence seems to be fading.

Photos of a Skins Party in Aix-en-Provence 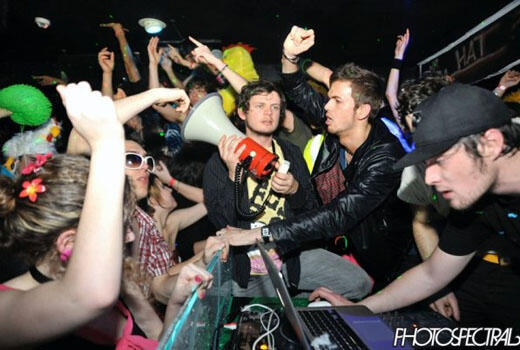 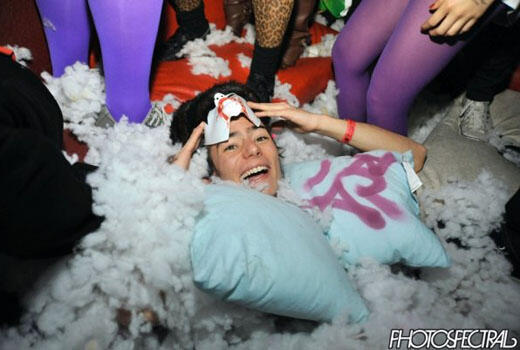 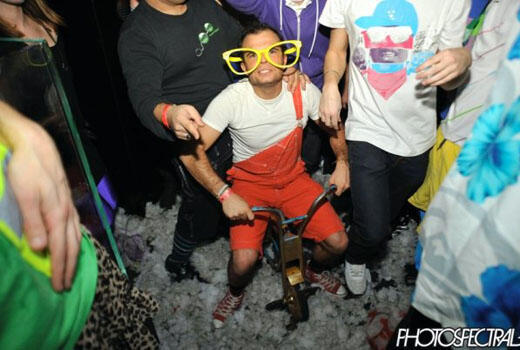 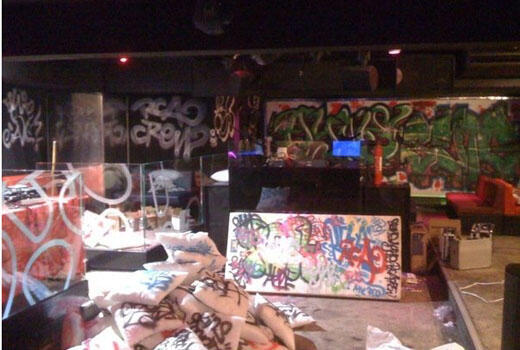 After the party. Posted on Facebook by Steven Grande. 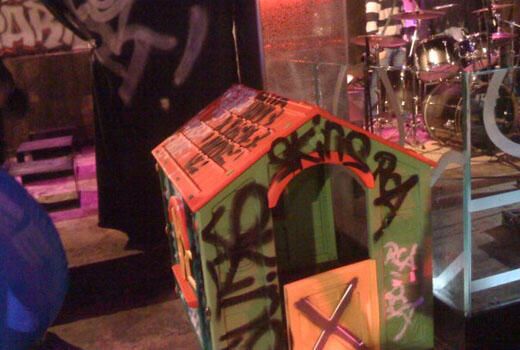 "I went to one in Aix that was really awesome"

Steven Burtin, 20, lives in Dijon, where he is training for a career in sales and marketing.

There are all sorts of "Skins" parties, now it's just a name. I live in Dijon, and the few improvised bashes people tried to throw there all flopped: it's too small a city, there's no place young people can really go wild.

I went to one in Aix-en-Provence that was really awesome, though. Police had to break up a previous one at a rested castle, where skinners had thrown furniture into the pool. So the following ones were in a large underground club called Le Mistral.

The inside was completely re-done, though. Everything fragile was removed, the walls were covered up, there was a foam pool and a plastic ball pool like those in playgrounds. There was a huge pile of pillows and a little plastic toy house. Basically, we could play around like kids and do anything — break glasses, climb on furniture, paint walls. It was hilarious.

A guy was going around with a bottle of helium and we were all inhaling it to speak with funny, high-pitched voices. There were some drugs, too, of course: mainly joints, some cocaine. No one bothered to hide it, because no one was stopping them.

People come from all of Europe for Aix "Skins" parties. They're great. People know they don't have to dress up: just come dressed however with a few funky accessories and in the mood to have fun."

"'Skins' parties are a new generation of event"

Maxence Tasserit, 19, is an undergraduate student in film studies and history in Lille, France.

I'm not a fan of the series, but I heard of "Skins" parties online and decided to try them out.

In early 2009 there was a lot of buzz about them them among French students. Videos were cropping up everywhere online; it was a spontaneous viral trend.

Now the events have evolved. Authorities are keeping tabs on them, sponsors are showing up, top DJs are part of the line-up and there is tighter security. I'd say there was too much security; at the last one I went to, they were kicking out people who rolled joints.

Minors are officially not allowed, although some probably get in. It's still a young crowd: I'd say no one over 25.

What was interesting about "Skins" parties is that they're a new generation of event. They no longer happen at trendy clubs where you have to be well-dressed, well-connected and pay expensive drinks. Here, the dress code is the crazier the better, and disguises are welcome. I wore a white mask and multi-coloured suspenders, but some guys showed up in super-hero costumes, and a lot of people wore wigs. Girls were a mix between wacky and provocative, with a lot of bare skin... but then again so were guys.

Drinks are cheaper: three euros for a beer, five for a hard drink — good prices for students.

"Skins" party locations are kept secret until the last minute. I went to one last May where we told to meet at Lille's central train station. There, special buses awaited the skinners to take us to a large rented reception hall somewhere in Belgium.

The parties are usually fun: good music, a laid-back atmosphere. In clubs, it's more about looking smart and hitting on girls — in "Skins" parties it's about having fun, letting go."