A day after anti-government protests ended in a brutal bloodbath, Guineans are slowly getting over the shock. Over 150 people were reportedly killed on Monday in Conarky when security forces attacked a gathering of thousands of opposition protestors. Read more...

A day after anti-government protests ended in a brutal bloodbath, Guineans are slowly getting over the shock. Over 150 people were reportedly killed on Monday in Conakry, when security forces attacked a gathering of thousands of opposition protestors.

Security forces shot at a crowd of people gathered at the Conakry stadium to protest Camara’s possible candidacy in the upcoming presidential elections. Although the junta chief had promised his fellow citizens and the international community that he would not run for office, his intention to go back on his word has become clear in recent weeks.

The UN, the United States and France all firmly condemned the violence in Conakry and continue to put pressure on Camara to honour his promise not to run for office.

“Some were shot at, others were crushed in the stampede”

Kouyate lives in Conarkry. He was present at the protest when the violence erupted.

The main opposition parties called for an anti-Camara protest on Monday, and thousands of people turned up in front of Conakry’s main stadium, dubbed the September 28th stadium. Many people disobeyed the security force’s order not to enter the stadium. That’s when police surrounded the stadium and began shooting and hurling tear gas at the protesters. The stadium was full of people trying to get out. There were many, many dead. Some were shot to death, others were crushed in the stampede.

I myself saw three bodies. I saw two women and a young boy lying dead. One of my friends told me that he had seen at least 10 lifeless bodies.

Today the city is paralysed. It’s impossible to find a cab to get around. Shops are closed, and the streets are empty. The only people out are policemen. " 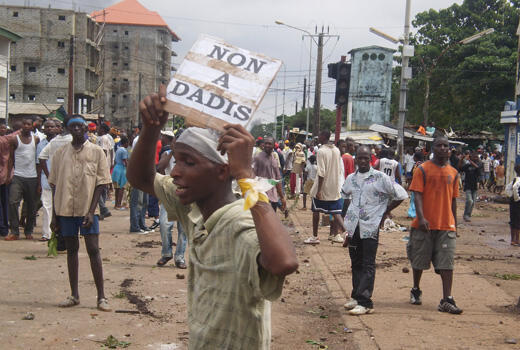 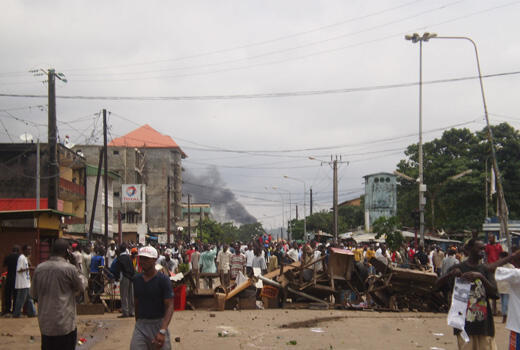 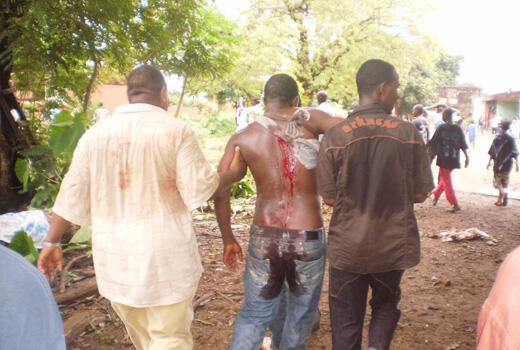 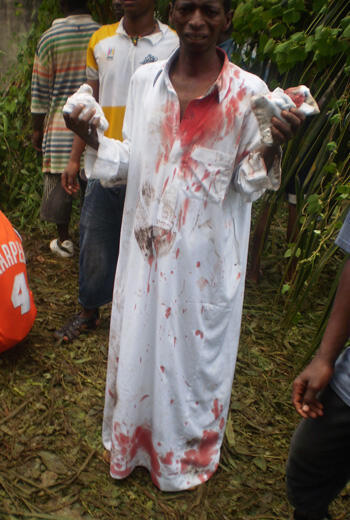 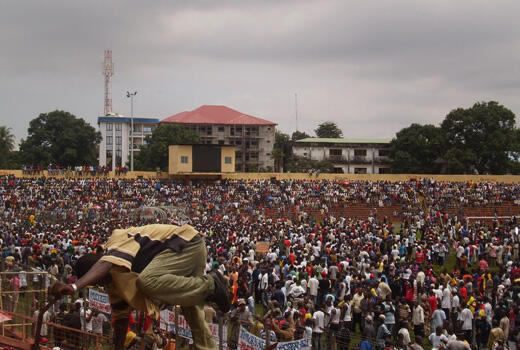 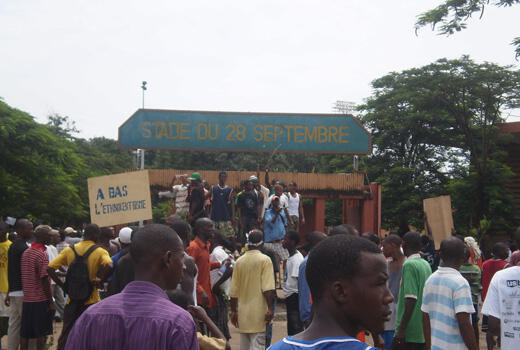