No library near you? Luis’s donkeys will bring one

Luis Soriano, an unemployed Colombian schoolteacher, spreads knowledge and literature to places where no librarian has ever set foot. He brings his books by donkeys to Colombia’s poorest and most isolated provinces.

Luis Soriano, an unemployed Colombian schoolteacher, spreads knowledge and literature to places where no librarian has ever set foot. He brings his books by donkeys to Colombia’s poorest and most isolated provinces.

After loading his donkeys back with books, Luis Soriano criss-crosses the desolate Nabusimake Valley in Colombia’s Magdalena province. To achieve his goal of giving peasant families and their children something to read, he invented “Biblioburros” (Library-donkeys), mobile libraries carried on the steep and narrow paths in the region on sturdy donkeys. Luis’s territory is also that of armed rebel groups but, according to him, the media coverage his initiative has received has meant that he is relatively safe from attacks.

The idea occurred to Luis in 1998 when he lost his job as a school teacher in the city of La Gloria. Although he came from a poor family, he owned one of the largest private collections of books in the country. He decided to share his ‘wealth’ with those who had never had access to a book in their life. After buying his first donkey, Alpha, he set off on his country’s least-travelled paths.

With the help of several NGOs and private businesses, Luis expanded his travelling library to 22 “Biblioburros”, led by a team of volunteers. His initiative reaches well beyond his home province. His sudden fame notwithstanding, Luis continues to cover eight country schools near his hometown himself.

On the road with Luis 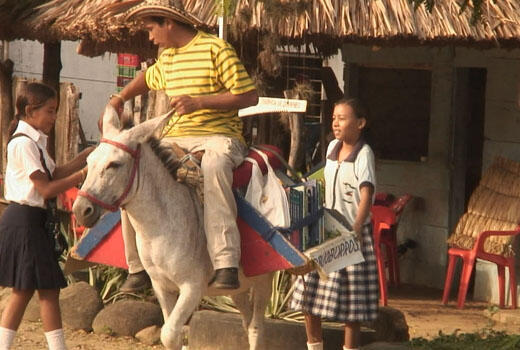 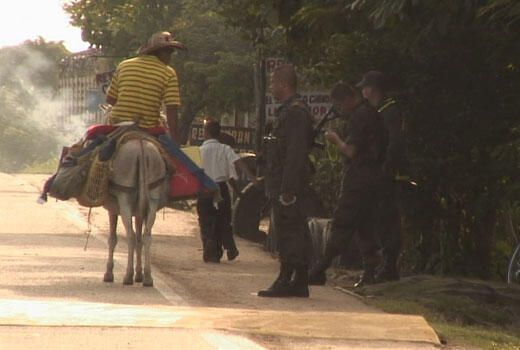 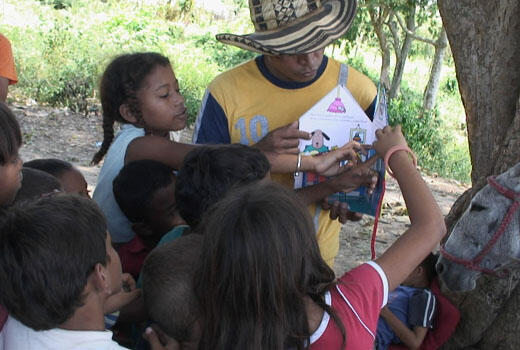 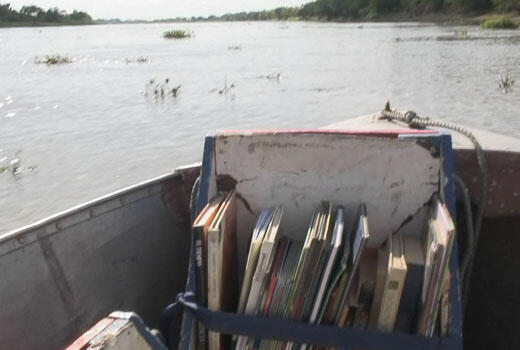 “My actions inspired a similar initiative in France”

This project now reaches far beyond me and my hometown. For example: the first time I ever travelled on a plane, I read an article about a man in France, called Marc Roger, who carried books on donkey-back for public countryside lectures. He said he had been inspired by the story of a Colombian: Me! I was moved to tears when I read that. Thanks to the financial aid I’ve received, we’ve been able to bring books to new, even more isolated regions like Tolima (centre of Colombia) and Guajira (north), where the Wayuu Indian community lives.

It was very hard to leave my family and three children when I went on long library missions. Sometimes I travelled nine hours in a single day. But it was worth it. I began with 70 books, now there is a public library with 5,800 books in my hometown, Gloria. It’s got walls and a roof, but no windows or doors. I donated every chair I had in my home to the library. If you visit me at home, we’ll have to sit on the floor!"