Women-only beach “an oasis of calm”

Ladies, are you dreaming of a beach void of men? Well dream no more. Just make your way to Pedocin, Italy. Read more...

Ladies, are you dreaming of a beach void of men? Well dream no more. Just make your way to Pedocin, Italy.

Are you for or against mixed gender beaches? Give your opinion.

Barbara Sepic works in admissions in a management school (the same one as Stefano Pilotto).

I often go to Pedocin with friends. It's fun and it's safe. I don't think women come here to get away from men. Maybe that was the case 50 years ago, but not anymore. Most of the young girls come at the start of the summer season to get a good tan. Then they're ready for the mixed beaches."

Thanks to our Observer Alberto Celani for his help on this post.

Claudia Vascotto is a frequent visitor to the beach.

There are placards everywhere to stop men getting in. There's even a boundary line in the water. The young ones use it for girl against guy volleyball matches. I love this beach. It's always full, but it's an oasis of calm. An ideal space for mothers and older women. The toilets and showers are clean, the staff friendly, the lifeguards on the lookout. There's a really nice atmosphere.

“It’s a tradition from the 19th century”

Stefano Pilotto is a historian. He teaches in a management school in Trieste.

From the various beaches along the Triestine Riviera, this one stands out. In Triestine dialect Pedocin means ‘little mussel'. The beach is situated between the town's pleasure harbour and industrial harbour, right in the centre. Entry is very cheap at 80 euro centimes, the sea is clean, and... there's a physical separation between men and women [a wall]. The separation isn't trying to discriminate by gender, it's a tradition from the 19th century which is due to the reserved an introverted people, who despite numerous cultural changes, have retained a prudish and austere approach to life. In an age where globalisation and economy drive us to increased promiscuity, Pedocin represents an anchor where a former identity remains popular amongst the people - the women-only section of the beach is usually jam-packed!" 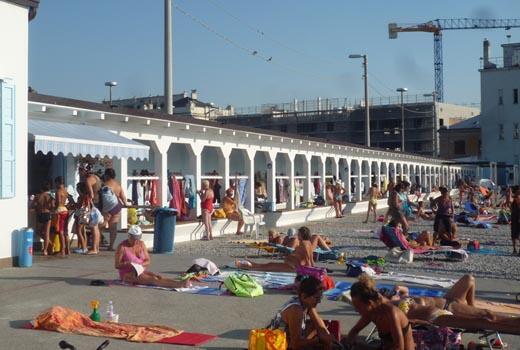 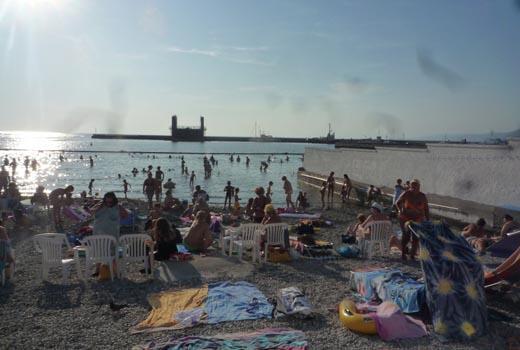 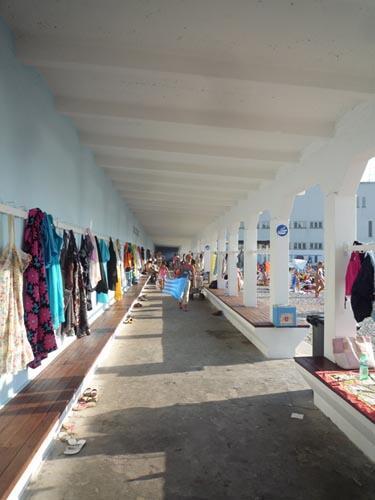 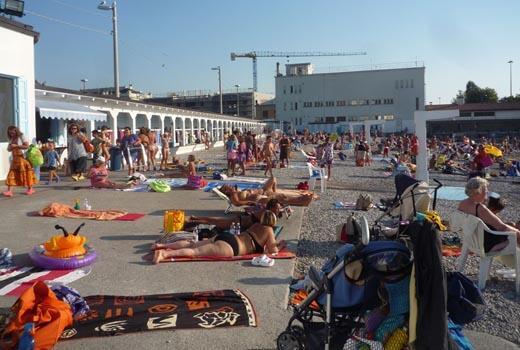