The Loch Ness Monster and Bigfoot might not really exist, but the "Mongolian Death Worm" is real, according to a group of cryptozoologists in the UK. Read more...

Representation of the creature by Takeshi Yamada.

The Loch Ness Monster and Bigfoot might not really exist, but the "Mongolian Death Worm" is real, according to a cryptozoologist in the UK.

Whether indeed real or a figment of collective imagination, the Olgoï-Khorkhoï, or Mongolian Death Worm, is something that cryptozoologists can't get enough of. Its Mongolian name literally means "intestine worm", but not because it lives in the intestines - it just looks like one. According to legend, the 1.5 metre long creature lives in the Gobi desert where it feeds on rodents. Not only though; if the worm is really hungry it can kill a camel - or a human - with two spits of its highly venomous poison...

Richard Freeman is a cryptozoologist from the UK specialised in the Mongolian Death Worm. He travelled to Mongolia in 2005 to study the worm in question and has just published his findings.

The worm certainly exists. When we talked to people during our trip in Mongolia, they were all quite certain of that. They didn't believe it could spit electricity, but they did believe it was venomous. They're very afraid of it. A whole family packed up their tent hut and moved when they heard of sightings of the worm.

Nobody knows anyone who was killed by the worm, but there are many who say they've seen it. There's a rumour of a child who poked the worm with a stick, got spat at, and died. But it's just a story. 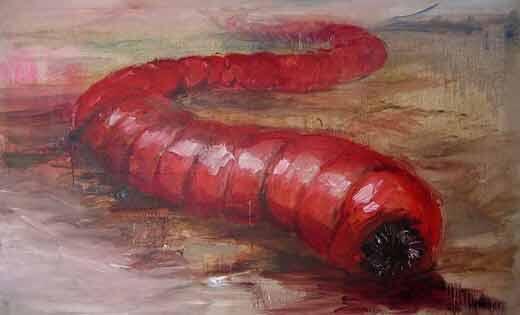 Interpretation of the worm by Pieter Dirkx. 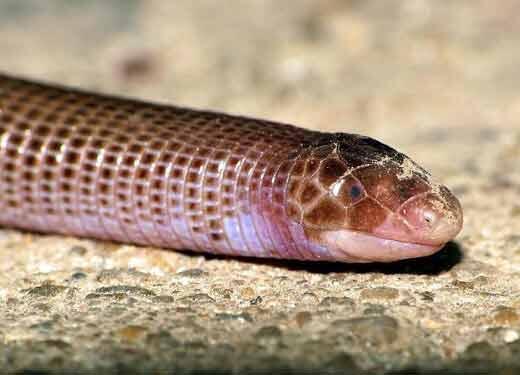 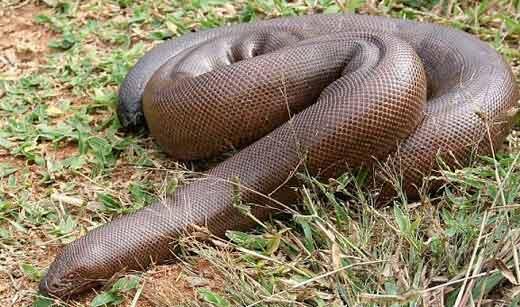