These high quality images of China's Three Gorges Dam were captured by the International Space Station in April. It took 15 years to build the world's biggest and most powerful hydroelectric dam, and despite concerns over its human and environmental impact, it finally came into use last autumn. Read more...

Above: the Yangtze River in 1987. Below: the same part of the river after the construction of the dam in April 2009. © Earth Observatory - NASA.

These high quality images of China's Three Gorges Dam were captured by the International Space Station in April. It took 15 years to build the world's biggest and most powerful hydroelectric dam, and despite concerns over its human and environmental impact, it finally came into use last autumn.

Taming the Yangtze River cost the Chinese government 18 million euros and a workforce of over 20,000. At 185 metres high, 2,300 metres long, and with a 600km reservoir, the Three Gorges Dam shouldn't have any problems in preventing future floods. What's more, it is capable of producing the same amount of electricity as 17 nuclear plants combined.

Behind the project however, are 1.5 million forcibly displaced people and 116 villages, along with ruins from the "Middle Kingdom", which now find themselves immersed under water.

In 2007, the project's deputy director, Wang Xiaofeng, admitted that there were environmental risks: soil degradation, landslides, and water pollution caused by sedimentation and the reduction of arable land. The benefits appeared to outweigh the risks, however, and the project went ahead. 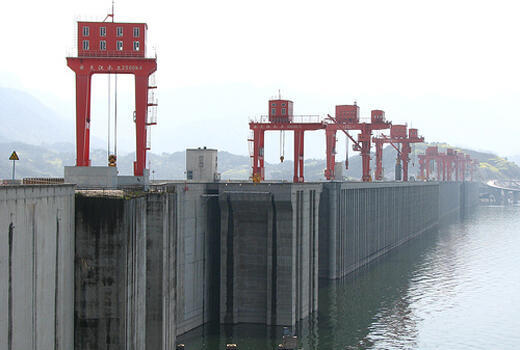 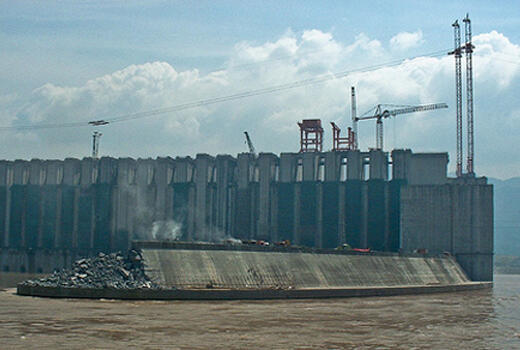 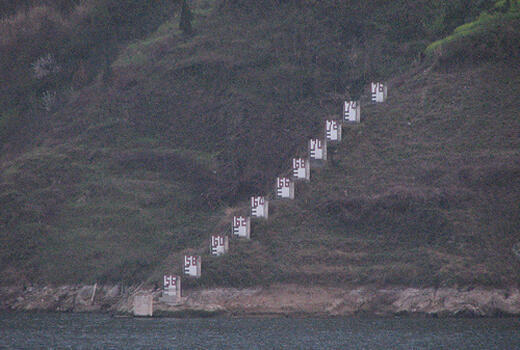 “Unusual floods are breaking out upstream”

Dai Qing is a journalist and activist from Beijing. Specialist of the Three Gorges Dam, in 1989 she published an article on the subject called Yangtze! Yangtze!, for which she spent 10 months in prison and received the Goldman Environmental Prize in 1993.

This photo shows the current state of the dam perfectly. You can see the enormous reservoir, which will be even bigger when the waters rise - it can become as deep as 175 metres without causing any damage. But you can also see that upstream, unusual floods are breaking out, floods that we've never seen before. The water's natural flow has been disturbed by the dam.

It's true that it's the biggest source of electricity in China. The dam produces up to 100 million kilowatts per hour. But when you take into account the huge amount of damage this construction has done to the environment: the demolition of villages, displaced populations and the physical deterioration of the surrounding areas, then it doesn't seem like such a great deal.

The government says they did it for the good of the Chinese people. But I think that the negatives for us outweigh the positives.

The project's purely political. At the end of the 80s after the student repression, the government wanted to show the world how strong the socialist party is. Li Peng [prime minister between 1987 and 1998] - who actually worked in water and electricity - was a major supporter of the project after Tiananmen. Deng Xiaoping then gave the green light in 1992, and from then on there was no minister dared suggest turning back."

Satellite view of the dam 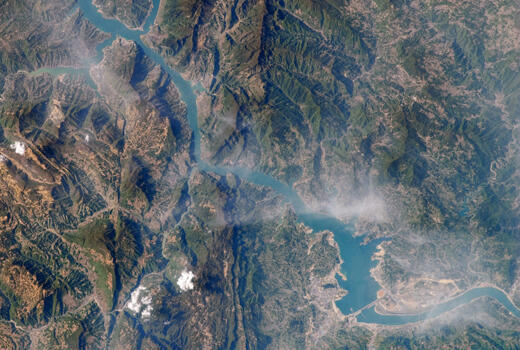