Multinational oil giant Chevron Texaco is facing the most expensive environmental lawsuit in history. Accused by an Amazonian indigenous community of contaminating the land with toxic waste, the world's third biggest petrol supplier could face a fine of 27 billion dollars. Read more...

Multinational oil giant Chevron Texaco is facing the most expensive environmental lawsuit in history. Accused by an Amazonian indigenous community of contaminating the land with toxic waste, the world's third biggest petrol supplier could face a fine of 27 billion dollars.

The story began in 1990 when Texaco closed down operations in an Amazonian area in Ecuador, home to the indigenous Cofàn community, where Texaco had been drilling oil since 1969. In accordance with government regulations and to avoid legal troubles, the company said it would spend 40 million dollars on cleaning the affected area.

The cleanup however was far from what was hoped for. In Lago Agrio and other towns in the Sucumbios region, ponds remain full of waste left by Texaco, two decades after the company moved out. In that time, the sludge has found its way into groundwater and seeped into the surrounding soil. According to the local residents, these toxic substances are the root cause of serious illnesses (leukaemia for example), and consequent deaths. On May 27 their claims were backed up by the Pichincha local prosecutor, Augusto Semanante.

Fifteen years after the case began, the Cofàn community received good news as legal proceedings, which began in New York in 1993, were transferred to a court in Ecuador - largely expected to side with the plaintiffs. President Rafael Correa has done little to hide his own feelings about the "crime against humanity".

Chevron Texaco however passed the buck to Petroecuador, the state-owned company which took over as operator of the site, and condemns the Equatorian government, calling the case a "judicial farce". The American firm fears that it will not face a fair trial in Ecuador. The judge, a former army chief, has already given his opinion on the matter: "It seems like a fight between Goliath, and a group of people who can't even pay their bills".

These photos were sent to us by the indigenous tribal chief Roberto Aguinda Lucitante. He accompanied the case's investigative commission when they visited the Sucumbios region in 2008. These images are of ponds and lakes in the Lago Afrio area. 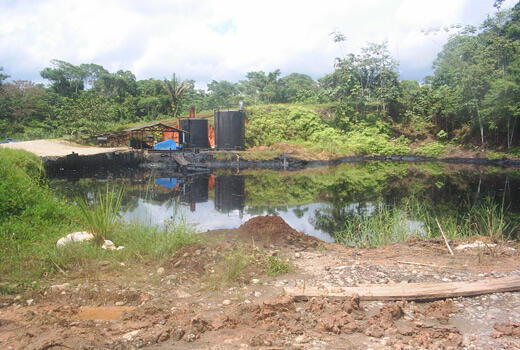 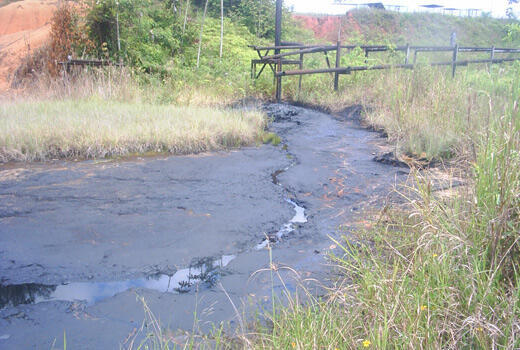 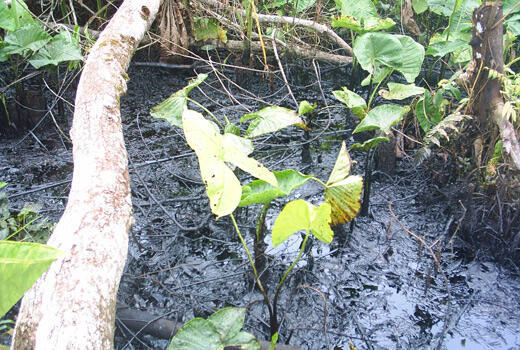 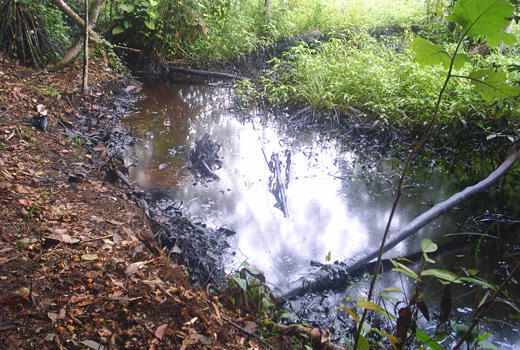 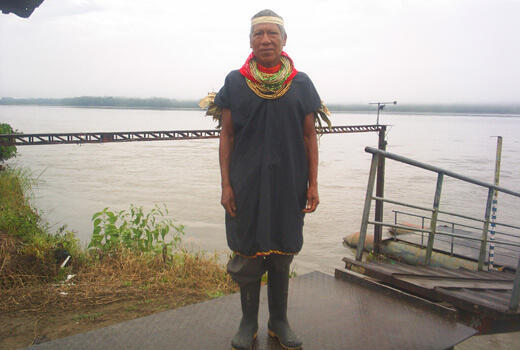 “The sole responsibility of the government of Ecuador's own oil company”

Chevron Texaco set up a site devoted to the conflict with the natives (in English and Spanish...) Here are some extracts from the site:

Chevron understands the health situation faced by the residents of east Ecuador [translated from Spanish]. However, after three years of misconduct from plaintiff lawyers, [their] failure to present legitimate evidence to support their claims, judicial misconduct by the Ecuadorian Court and most recently, joint interference from Ecuador government officials and the plaintiffs' lawyers to pressure the Court, Chevron has called for an end to the lawsuit.

Trial evidence demonstrates that environmental pollution that currently exists in the Oriente is the sole responsibility of the government of Ecuador's own oil company, Petroecuador, which has owned and operated the oil fields for more than 15 years."

“Our culture has been impacted enormously”

Roberto Aguinda Lucitante, 39, is a tribal chief in the Sucumbios province of Ecuador. He's a plaintiff in the case.

I was born in 1970. The first pits in Lago Agrio were built in 1969, so before I was even born my future lay in the hands of the Chevron Texaco operation. Before the company set itself up here, the Sucumbios region was owned entirely by the Cofàn people. Since, we've suffered discrimination; our women have been subjected to attack and our rivers have been contaminated.

Now, we have less land and what we do have is riddled with petrol pits. We still have colonisers living here. Our culture has been impacted enormously. We can't feed ourselves because hunting and fishing is made almost impossible and there's no material for us to build our homes."