Our Observer describes the humanitarian disaster in Swat valley

One of our Observers in Karachi, south Pakistan, has travelled the length of the country in order to administer humanitarian aid in the war-torn region of Swat valley. The refugees are left with absolutely nothing, he tells us, and getting aid to them is hindered by the local authorities.

One of our Observers in Karachi, south Pakistan, has travelled the length of the country in order to administer humanitarian aid in the war-torn region of Swat valley. The refugees are left with absolutely nothing, and getting aid to them is hindered by the local authorities, he tells us.

Awab Alvi is a dentist from Karachi. He writes the blog Teeth Maestro.

Day three of our Swat relief drive was hectic to say the least. We (Hasnain, Youshey, me and Faris) left Peshawar at around 9am without having eaten breakfast." 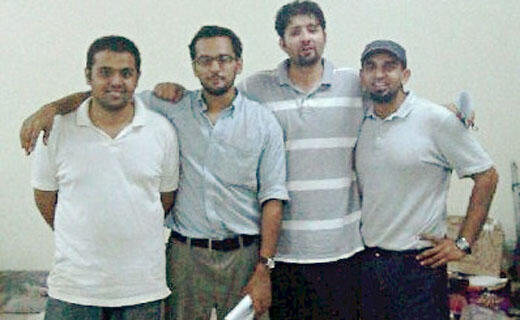 Our aim was to start bright and early in order to get to Bagheecha Deri, where around 150 bags had been delivered the night before and were stored safely in a house. En route we decided to split the team. Faris and I continued to Baghecha Deri while Youshey and Hasnain would escort the truck to our warehouse in Takht Bhai, oversee the unloading and prepare for the delivery of 250 hampers being given to refugee families housed in that region." 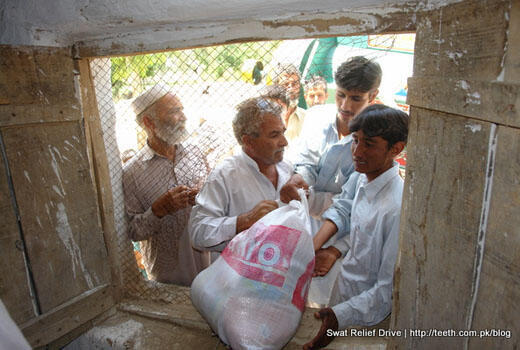 When we got there, we asked a few local maluvis (religious leaders) to announce the availability of relief aid. Within moments there was a small crowd. This being our first experience with distribution there was a bit of confusion. Documentation was needed as we only dealt with those refugees with an ID card or yellow social services relief cards. In the mêlée we were worried about locals falsely claiming to be refugees, which was tough.

We got Bagheecha Deri over with quickly and then headed towards Takht Bhai, where the third truck was in the process of being unloaded. Even before getting there, Youshey and Dr. Maqbool Shah had already departed with around 120 relief hampers to deliver to refugees in schools around Takht Bhai. Their progress was slow -- each stop catered to four or five families, and they were frequent, plus it took a while to physically verify that each recipient was a refugee." 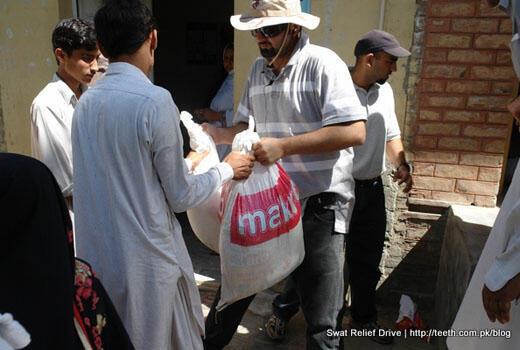 By now we had a small crowd assembled at our warehouse, mostly consisting of anxious women from affected families. Seeing the urgent need to hand these refugees some relief we asked them to form a line and calmly distributed some 30-40 hampers among them. This ended up being a strategic mistake in hindsight as very soon word spread like wildfire that relief goods were being distributed on the Takht Bhai hospital premises and ever so slowly the crowd swelled, to enormous proportions by late evening.

During the very hectic afternoon we prepared another 300 relief hampers for Parkhro Deri, where a local Pakistani People's Party, or PPP, Nazim (a local branch affiliated to the PPP) had organized a distribution point for us. Hasnain was sent to Parkhro Deri where he did his best to filter those in real need from the fakes. The organisers were naturally insistent on pushing for their favourites but Hasnain held his ground for an orderly distribution. On their return they told us about the massive crowd of more than 500 families. Since they barely had 300 relief hampers, they left behind a disgruntled crowd." 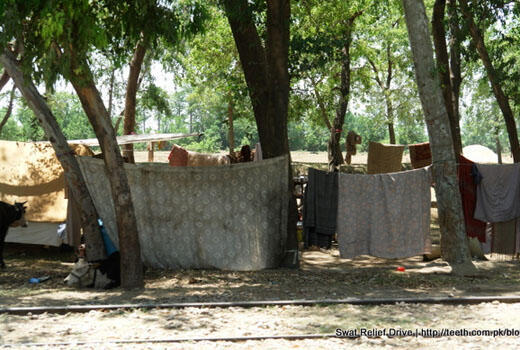 At around 6pm we had run out of the 800 relief hamper bags that were provided to us by Makro, but still had a lot of loose aid lying around: abundant water bottles, sugar bags, biscuits, tea and many other items. This gave us the idea of handing them out directly to the roadside refugees. It would have been impossible to set up relief centres on the road and expect an orderly distribution, as open-air disbursement was prone to ransacking. Our plan was to ramble along the road, tossing essential relief goods en route. Our team hired two pickups and loaded them with loose items like ghee, biscuits and tea. The plan worked -- we were mobbed, but the moving vehicle kept people from snatching. It was a sad sight to see people fighting over food, but in hindsight I felt satisfied that we were able to directly touch the lives of many extremely deserving people who did not even have a shelter over their heads." 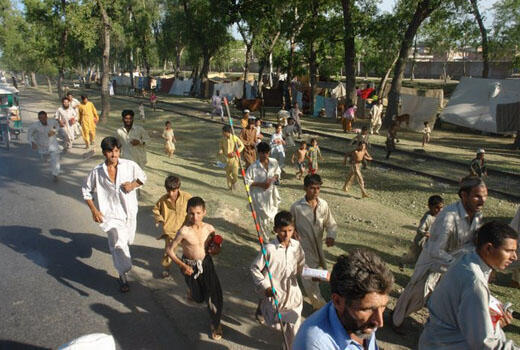 After two runs we came back to base camp in time to discover an angry crowd mounting outside the warehouse. Seeing a disaster waiting to happen, I asked the Mardan president of the PTI to help disperse the crowd. He was kind enough to talk to the people and slowly things did calm down, enabling us to mobilize our last set of disbursements to a local NGO (KhwandKho, a reliable set of people working with the Omar Asghar Foundation). We were assured that these items would be dealt out to the various schools that had been adopted by the Khwandhko Foundation. That left us with only a few last items -- approximately 40 stainless steel dishes, 50 stainless steel serving spoons and a few steel cups, which were handed out to some refugees in the area.

Wrapping up the day, we realized none of us had had either breakfast or lunch. So apart from the free-flowing tea, we were running on mere adrenaline. Late at night I sat down to pay various truck drivers and offered a short stipend to a few helpful members, most of whom refused it as they said it was a contribution to a noble cause. At 1am we arrived in Peshawar and had some much-needed food, courtesy of a local friend, Rashid Chughtai, whose team had already helped us extensively over the last three days, aiding us in translation and physical labour."