Youth suicide bomber stopped in the nick of time

Guardians at the Shi’ite Al-Zahra mosque in Kirkuk, in northern Iraq, managed to stop a young suicide bomber on May 1, moments before he could set his explosive belt alight during Friday’s prayer. Read more...

Guardians at the Shi’ite Al-Zahra mosque in Kirkuk, in northern Iraq, managed to stop a young suicide bomber on May 1, moments before he could set his explosive belt alight during Friday’s prayer. Pictures of the intervention were then posted on the Web.

The suicide bomber, Syrian-born Ammar Afif Hamada, aged 16, was allegedly executing orders from al Qaeda’s chief in Iraq, Abu Omar al-Baghdadi. According to witnesses, he fired on a guardian as he charged into the mosque shouting “Allah is great!” The other guardians, Shi’ite Turkmen, managed to immobilise him and hand him over to the police, who then defused the explosives. The young suicide bomber later told the police he had been through a training camp in the Syrian city of Homs.

Kirkuk province is home to several communities, each involved in an ongoing power struggle. While Kurds form a majority, Turkmen see themselves as the original inhabitants of the region. There are also Assyro-Chaldeans and Arabs, many of whom were newcomers under Saddam Hussein’s “Arabisation” policy.

Neither Kirkuk province nor the three neighbouring Kurdish provinces of northern Iraq took part in the country’s January 31 local elections. The authorities now fear separate polls scheduled in the provinces for July 25 will be preceded by a surge in violence.

Ahmet Hasim is a Turkmen journalist and correspondent for nahrain.com in Kirkuk.

This isn’t the first aborted attack. Two months ago, a suicide bomber was arrested in a shopping area in another town of Kirkuk province. He was caught with an explosive belt as he was about to get out of his car. The interesting thing is that all recent attacks in the province were aimed at members of the Turkmen minority, whether Sunni or Shi’ite, despite the fact that they don’t even have an armed militia.

Since 2003, the Kurdish majority has been trying to change the balance of power in Kirkuk province in a bid to have it join Iraqi Kurdistan. Kirkuk has the largest oil reserves in the country.

Pictures of the arrest

Photos published on nahrain.com. According to this site, some of the photos were taken by mosque guardians and onlookers using their mobile phones. The neatest images come from a video filmed by Kirkuk police once they arrived on the scene. 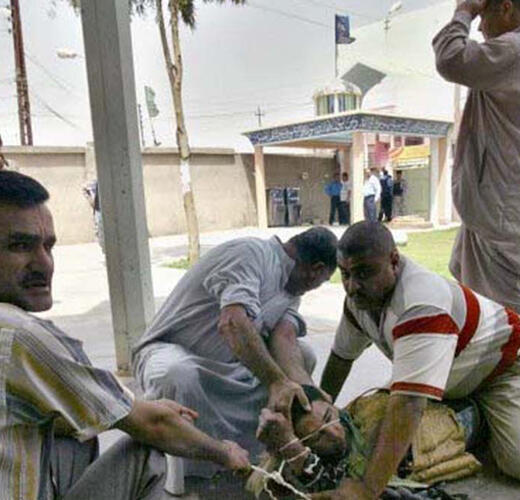 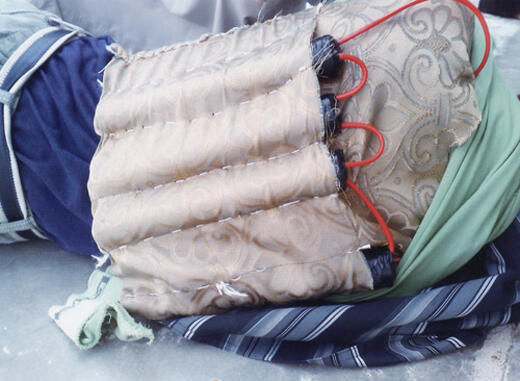 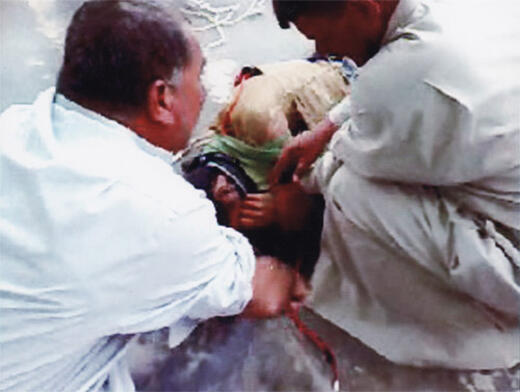