The guide to beating up street traders for Chinese policemen

How tos are one of the web's favourite subjects. But a web user has shocked the Chinese web by posting a rather unusual manual... "How to...beat up illegal street traders". Read more...

How tos are one of the web's favourite subjects. But a web user has shocked the Chinese web by posting a rather unusual manual... "How to...beat up illegal street traders".

This manual was created for 'Chengguan', the 'urban management' arm of Chinese local authorities. It's been on sale in bookshops since 2006, but until now nobody had caught on. It was web user Yidao who revealed the scandal, when he published a few particularly shocking extracts on the Tianya forum on Tuesday. In just two days, his message has been read over 100,000 times and provoked 3,275 comments.

The snippets of "Practical methods of enforcing the law for Chengguan" reveal that using violence and emotionally detaching yourself are two officially encouraged methods of moving on unauthorised street traders.

The officers in action

Photos posted on the Tianya forum. 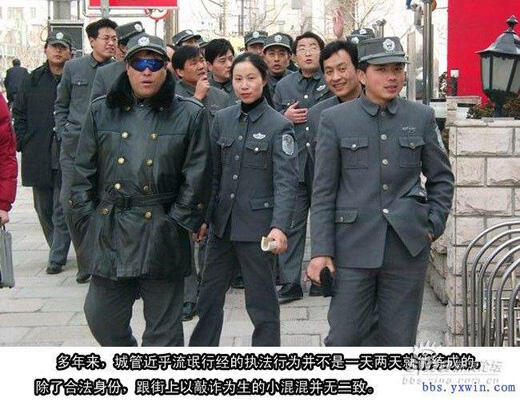 The caption reads: "Officers have been brutal with petty criminals for years. The only difference between their behaviour and that of hardened criminals is that the former have official status". 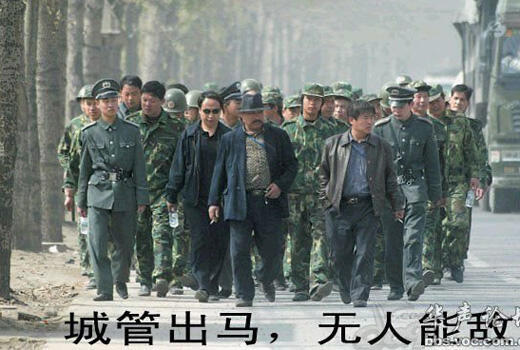 "When the Chengguan troops go on the offensive, they're a match for nobody". 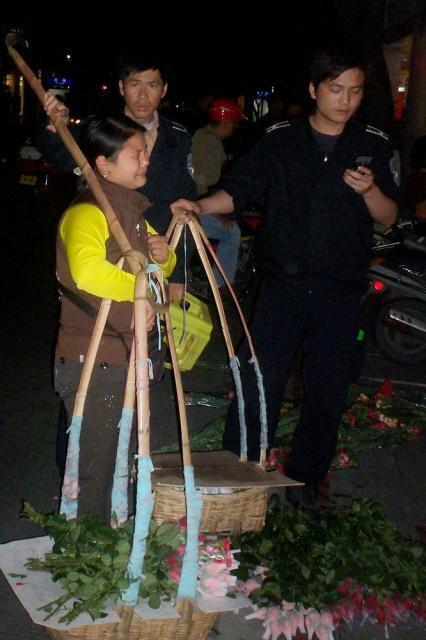 "Take care to leave no blood on the face" 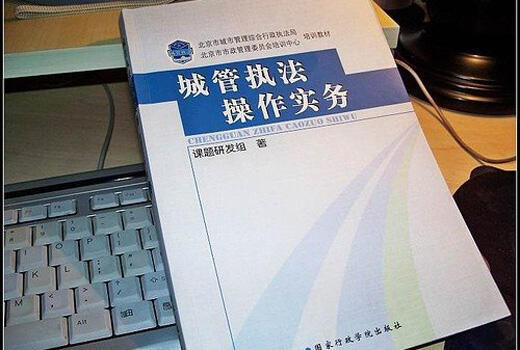 The manual was published by the National School of Administration Press. A source from one City Administration Bureau was quoted in the Southern Metropolis Daily confirming that the document was indeed used as part of a week-long annual training session undertaken by municipal security forces. 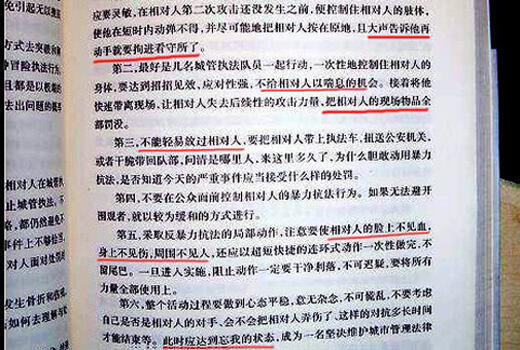 Chapter four includes detailed instructions on "specific actions to counter violent resistance to the law": "In dealing with the subject, take care to leave no blood on the face, no wounds on the body, and no people in the vicinity....".

"Do not consider whether you are a match for the subject, whether you will harm the subject, or how long it will take for the resistance to subside. You must achieve a state of unawareness and become a resolute law enforcer staunchly protecting the dignity of city administrative regulations."

How the Chinese web reacted

Now we understand why the officers are so violent! You have to wonder whether this manual was created to train law enforcement officers or mafia ‘handymen'. The worst thing is that nobody in the system thought of the rights of the people, that nobody has any respect for the poor. If things go on like this, it risks social conflict getting worse and to the point where it's threatening social stability."

A few other examples:

"These people [the victims] are paupers, they do that job to survive. Leave them something to survive on!"

"If we send the Chengguan over to Taiwan they'll have it back in days!"

"The police handles actual criminals while the Chengguan officers are dealing with mere paupers. It's something quite far removed."

"To hurt people without noticeable effects, that means being more skilled than the Shaolin temples Kungfu masters!"