A new twist in gang violence at a school in Parisian suburbs. A secondary school headmaster at Garges-lès-Gonesse was molested by a dozen youths who had burst into his school to beat up a pupil. Our Observers in the school say the violence stems from ordinary rivalry between different council estates. Read more ...

A new twist in gang violence at a school in Parisian suburbs. A secondary school headmaster at Garges-lès-Gonesse was molested by a dozen youths who had burst into his school to beat up a pupil. Our Observers in the school say the violence stems from ordinary rivalry between different council estates.

Youth in Muette de Garges council estate, which faces the secondary school, arrived armed with metal rods, and immediately started hunting down a pupil from a rival council estate. The headmaster was aware that his student was threatened and had hidden him in his office. But that did not stop the youths who stormed into the offices and attacked both men. The headmaster had pinned the pupil to the floor to protect him. After the punitive attack, the headmaster was briefly admitted into the Gonesse hospital, where he was treated for bruises, before he returned to his school.

This incident occurs after French President Nicolas Sarkozy visited a school in the Parisian suburb Seine-Saint-Denis, where youth had also staged a similar punitive attack a few days earlier. The French leader announced policing and legal measures to stem gang violence. He called for three-year sentences for gang members. 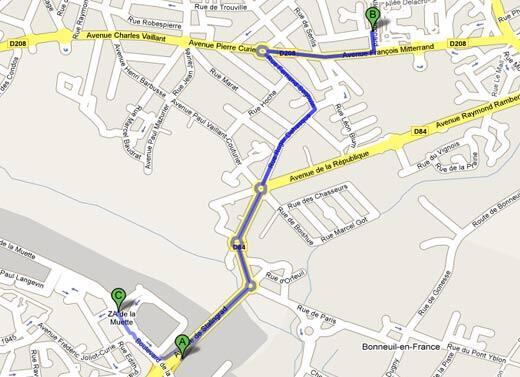 Less than 1.5 kilometres seperates the two estates. The boy from Orly Parc estate has to enter "rival territory" everyday to go to school.

B: Orly Parc de Gonesse estate, where the victim lives. 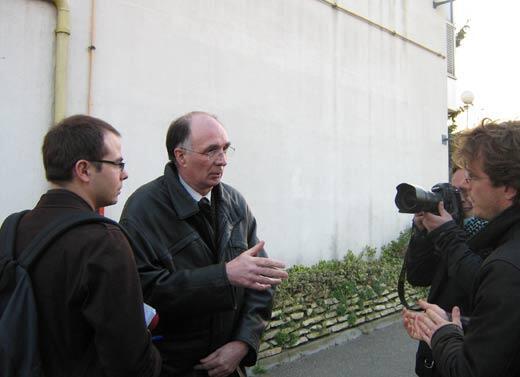 A few minutes after the attack, an education officer has already arrived to answer journalists' questions. 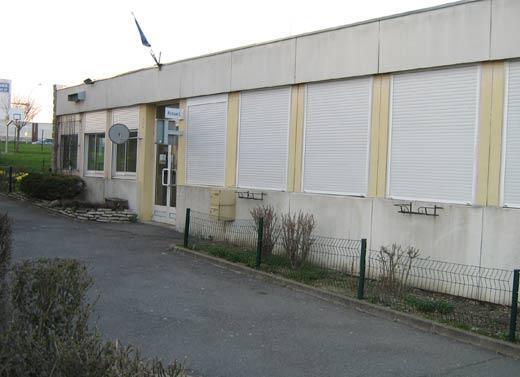 The headmaster's office where the attack took place.

"It's almost always the same story. They're fighting to defend the neighbourhood"

Sébastien (not his real name) works at Pablo-Picasso school in Garges-lès-Gonesse. He was present on the day of the attack.

At 10.00am there was a first gathering in front of the gate. Policemen then came into the school to calm things down, but the situation exploded when they left. I know the guy who was molested. I think he comes from Gonesse and was attacked by Garges kids.

A stupid dispute sparked the whole things. It's almost always the same story. They're fighting to defend the neighbourhood and even sometimes for some love story.

But I see these youths every day, they respect me."

"They wanted to hit him (...) only because he comes from another council estate"

Angela (not her real name) is a pupil at Pablo-Picasso college. She lives on an estate in Garges and knows the victim.

We call the guy who was beaten up "the Chinaman". He doesn't have that many friends, so he hangs out with the little ones (those in lower classes). He's friendly but we don't see him much. He's discreet and often hides. He's the only guy from Cité Orly Parc (a council estate in a nearby town, Gonesse). Nobody from Gonesse attends this school - those who come here, leave straight away. One day I asked him why they wanted to hit him. He says it's only because he comes from another council estate. If I was him, I would have left the school.

This morning, he asked a gang from his estate (Orly Parc in Gonesse) to defend him. He knew the Garge gang was going to come for him. But they came when his gang had left. They entered the school and landed on him in the headmaster's office."