On 17 February we published a post about the debate sparked after the Chinese police justified a prisoner's death by claiming that he died because of a dispute playing hide-and seek. Since then, the unlikely affair has only gained more attention. Web users continue to dig up details about the man's death and blame the local authorities. "Web users" go to the prison to investigate.

On 17 February we published a post about the debate sparked after the Chinese police justified a prisoner's death by claiming that he died because of a dispute playing hide-and seek. Since then, the unlikely affair has only gained more attention. Web users continue to dig up details about the man's death and blame the local authorities.

Faced with the clamour of an unconvinced public, the Yunnan government decided to set up an investigation committee comprising web users only. The move is the first of its kind in China and was supposedly in order to provide the greatest transparency possible to the case. Those involved went to the prison where the incident happened, and the next day, February 21, published a report along with photos. 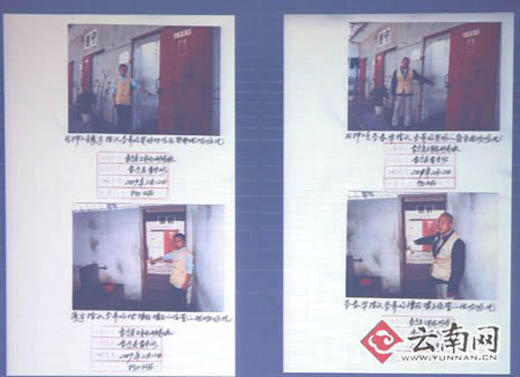 The scheme however has far from calmed the storm. The report is deemed deceiving by web users, who've put it to themselves to do some research into the investigation committee. Soon into the online witch-hunt (人肉搜索) and the web users proclaimed that the so-called investigators were, in reality, journalists linked to the authorities. According to the state news agency Xinhua, hackers even managed to get into the Yunnan government website and lift messages about the "hide-and-seek affair". The case, and its various consequences, demonstrate that Chinese web users have garnered some freedom through their movements, and can, sometimes, and to a certain degree, play a role in fighting the powers that be.

When the "hide-and-seek" affair began

This material was sent to us by Huang, one of our Observers for China, who wishes to remain anonymous.

The Chinese Web refuses to get over the account jail authorities offered after a man was said to have died playing hide-and-seek (躲猫猫) with his fellow prisoners.

Twenty-four-year-old Li Qiaoming from the Yunnan province had been placed in custody after cutting down trees without authorisation. After 11 days in detention, his parents were informed that their son was seriously wounded and had been taken to hospital. A few days later, on 12 February, Li died from a head injury.

More than the death itself, it is the account given by the police that has caused the online outcry. According to the local police, Li was fatally injured playing hide-and-seek with his fellow prisoners, one of whom supposedly reacted angrily when his hiding-spot was uncovered by Li, resulting in Li being pushed and hitting a wall as he fell.

Along with Li's family, the Chinese blogosphere finds the story hard to believe. It has become something of a joke amongst Web users, who try to fit the term ‘hide-and-seek' into every possible phrase. A common forum greeting: "have you played hide-and-seek today?'.

It's not the first time that the Chinese have created a kind of "viral phrase" to get something incongruous or unreported talked about. Here are a few other examples of terms made popular by Web users. 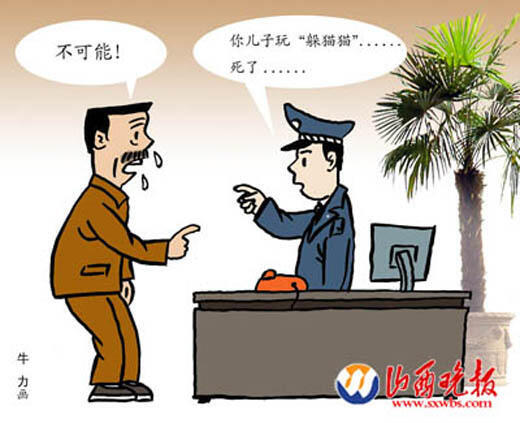