Looting in Madagascar, our Observer tells the story

The riots tearing through the Madagascan capital have already left two people dead. One of our Observers in Antananarivo, camera in hand, went to see the scene for himself last night.

The riots tearing through the Madagascan capital have already left two people dead. One of our Observers in Antananarivo, camera in hand, went to see the scene for himself last night.

"The police didn't get involved"

I spent the night in a hotel, where I could use the Internet, and took these photos on the way back home. I went through the Antanimena district, where the Chinese shops are. The streets were full of people carrying TVs, furniture, mattresses... they'd looted the electronics store, Citic, and Magro [a store owned by the president], and also Jumbo Score and the furniture shop Courts. The police didn't get involved. When I went by, they were lined up in front of the oil reservoir. I guess they were trying to avoid the rioters setting fire to it.

This uprising is different from the one in 2002 [caused by a dispute between the current president and his predecessor]. This one's not really political. Basically the president [Marc Ravalomanana] has just bought himself a 60-million-dollar plane. And according to the mayor [Andry Rajoelina], that's enough money to buy rice for the entire Madagascan population for five years. So people are angry, and some of them say that they should be allowed to help themselves from shops without paying. I don't think the crisis will last because the government has no choice but to negotiate. We might even see the president step down." 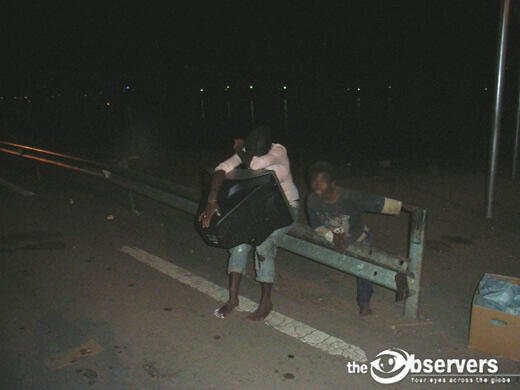 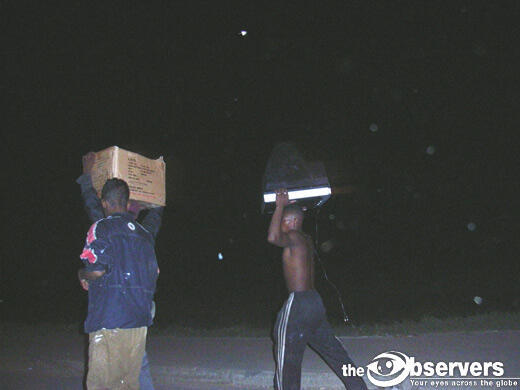 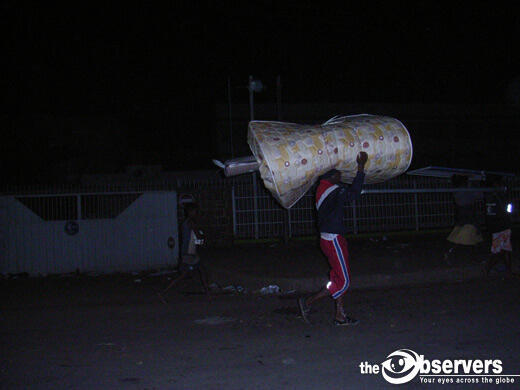 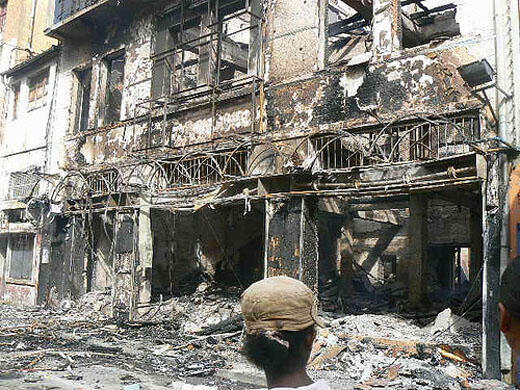 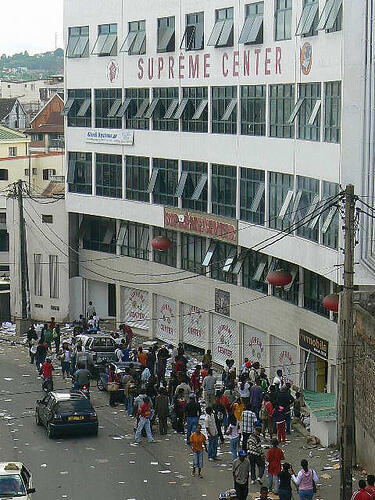 Looting the Magro store in Antananarivo. Video posted on YouTube by c17dabossbaby.