A night of unforeseen terrorist attacks has left Mumbai devastated. Residents of three luxury hotels, including the Taj Maha Hotell, are still being held hostage. Meanwhile, a witness to the chaos has managed to post videos of the hotel online. Read more and see the videos...

A night of unforeseen terrorist attacks has left Mumbai devastated. Residents of three luxury hotels, including the Taj Mahal Hotel, are still being held hostage. Meanwhile, a witness to the chaos has managed to post videos of the hotel online.

India's financial capital has been blitzed in several places. Over 100 people, including several foreigners, have been killed in explosions and crossfire. The Deccan Mujahideen group has taken responsibility for the attacks in response to the alleged persecution of Muslim Indians. The terrorists have paid particular attention to the Trident-Oberoi Hotel and the Taj Mahal by taking guests hostage - and specifically British and American passport holders.

Amidst the chaos, an eyewitness filmed police intervention at the Taj Mahal.

Minutes after an explosion in the Colaba district

These photos by Vinukumar Ranganathan were taken 15 minutes after the explosion in the Colaba district of Mumbai. 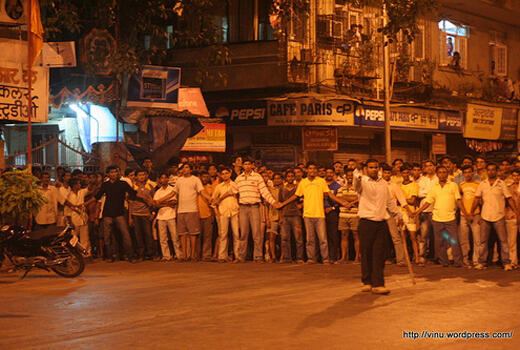 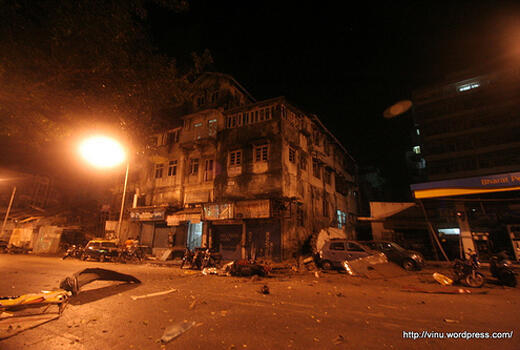 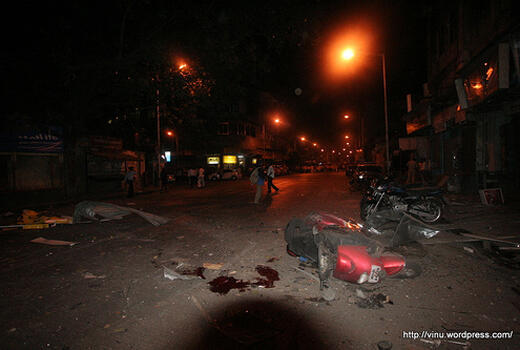 "My friend's brother was killed by the terrorists last night"

Arun Shanbhag is a blogger that lives in the Taj Mahal Hotel area (Colaba) in Mumbai.

"Even though we are only a block from the Taj Hotel, I slept through the blasts. Woke this morning at 5 to get ready to go for my morning run; noticed that we had several folks (strangers?) sleeping in our hall. Did not think much about it and got ready to head out. Then as I was stretching, some of the sleeping folks woke up and I recognised the managers from the Kamat's restaurant downstairs. So I took my camera and headed to the Terrace and took a few pics of the Taj Hotel. The hostage situation is still ongoing. I could see smoke billowing out of several windows. 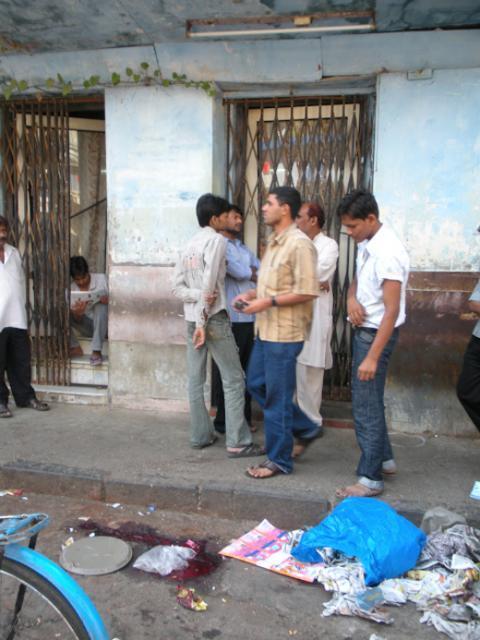 The terrorists started shooting inside/outside the Leopold Cafe. Apparently, one of the waiters from the Leopold who was shot was running - with his round serving tray. He was shot in the head. He fell and died on the street right there. See the chalk circle by the feet of the guy on the extreme right? That is where the police found a bag filled with explosives. 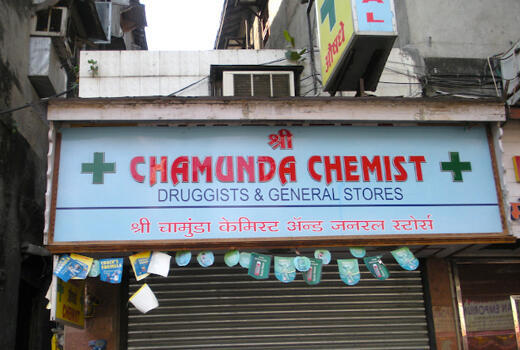 Just got back from a short walk to see my friend. His brother was killed by the terrorists last night. On hearing the shots, customers rushed in, and so did his father (who works as a tailor in a neighbouring store). The kid ran out to pull the metal shutter down. He did bring the shutter down (and possibly saved the others inside), but he ended up outside the store. The terrorists were shooting indiscriminately; he caught five bullets..."

A YouTuber at the heart of police intervention

These videos were posted 27 Nov. 08 by "Pranavdamle83". More available here.

"The police tried to get in through the glass windows of doors. None of those who went in came out. Just five minutes after they entered there was a huge explosion."

"We tried to sneak in to the Taj Mahal Hotel. The cops wouldn't let us go through as the terrorists were throwing grenades on the passers-by".