The Czech press is dismayed bu Milan Kundera after a document, dug out of Czechoslovakian police (SNB) archives, reveals that the esteemed writer was an informant in the 1950s. Read more...

Miroslav Dvoracek, the spy who was detained almost certainly because of Kundera. Photo from the Czech Institute for the Study of Totalitarian Regimes.

The Czech press is dismayed by Milan Kundera after a document, dug out of Czechoslovakian police (SNB) archives, reveals that the esteemed writer was an informant in the 1950s.

According to the SNB's minutes (see below), published by the Czech Institute for the Study of Totalitarian Regimes, Milan Kundera helped to locate and arrest 21-year-old pilot Miroslav Dvoracek, who cooperated with the American counter-espionage forces. Because of this, the young pilot was condemned to 22 years in prison and wasn't released until 14 years later (more info).

Kundera has denied the accusations outright, saying that the STB report has probably been falsified. But the Czech press isn't satisfied with his explanation. And neither is our Observer Miloslav Kominek, who spent 17 years in prison and labour camps under the communist regime.

Minutes from the STB 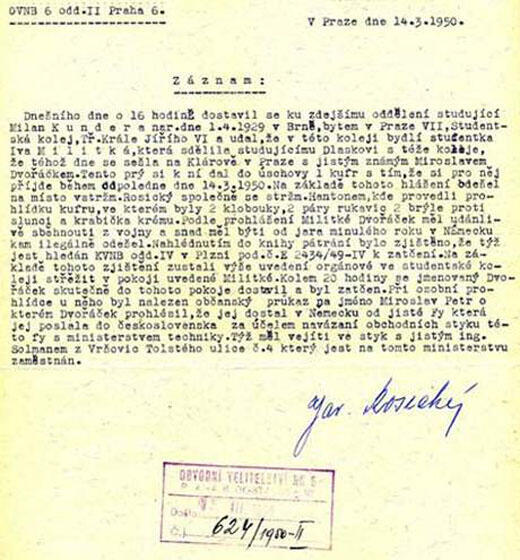 Photo from the Czech Institute for the Study of Totalitarian Regimes.

"I don't believe in him being a saint"

Miloslav Kominek, 80-years-old, was a pilot in the Second World War. In 1948 he tried to flee the country but was stopped for questioning at the border. When he was released from prison, he was involved in underground anti-communist circles, before being arrested again and sent to prison and labour camps. He spent some time in exile in Canada after his release, but has since returned to live in the Czech Republic. You can contact him on his profile page.

"In the 1950s and later, Kundera was amazingly well-informed and used this knowledge in his articles and books. How would he get such hard-to-find information if not directly from STB [the secret police]? So, I don't believe that he was a saint. It's quite plausible that he worked with the secret police to get this information. There are journalists and writers who would cooperate with whomever - Nazi or Communist - in order to get a scoop.

The social climate of that period was very grave. Even before the Russian occupation, the Czech secret services were watching people and arresting them in order to suck up to "Big Brother". It was quite likely that every word you said was reported to the STB. People were afraid to talk. You had to be very cautious in order not to say something that could be used against you and your friends. But if you did trust somebody, you trusted them fully.

The problem was, many people were scared and preferred to report others to the secret police rather than suffer themselves. It was awful in prison. I worked in the uranium mines. We were undernourished, overworked and beaten. If you didn't complete your daily share of work, you'd be better off dead. So even some of those who've been in prison were not saints. Some cooperated with the police to get out." 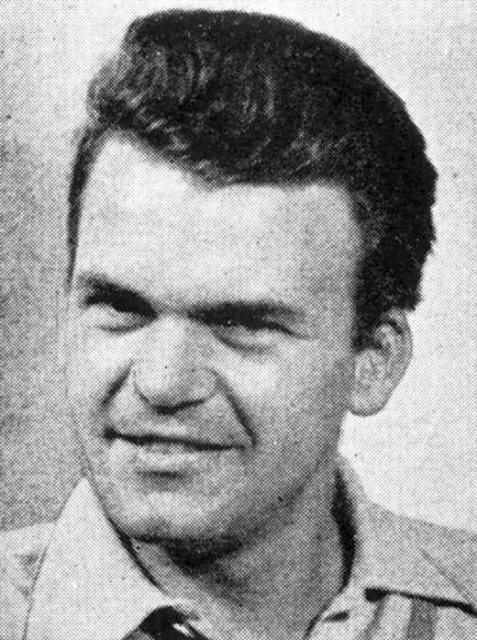