Our Observer in Cuba, blogger Yoani Sanchez takes us on a tour of the propaganda billboards of Havana. Read more and see the photos.

Our Observer in Cuba, blogger Yoani Sanchez, takes us on a tour of the propaganda billboards of Havana. Read more and see the photos.

Yoani runs the blog Generacion Y. She was recently voted by Time Magazine as one of the top 100 influential people in the world. She explains why she took these photos :

A city can be not only portrayed by its people, its architecture and its plazas, but also by its billboards, posters and graffiti. That is why I've taken pictures of the signs around my home.

The photos were taken by Yoani Sanchez. The captions were added by our Observer in Argentina, Johana Kunin.

Take hold of the helm, the Granma is navigating history

The Granma is the yacht that brought the fighters of the Cuban Revolution from Mexico to Cuba in 1956 to overthrow the Fulgencio Batista regime. Cuban leader, Fidel Castro, his brother the current Cuban president, Raúl Castro, as well as the Argentinian Ernesto "Che" Guevara, were on board. As a tribute to the yacht, the Communist Party's official newspaper is also called Granma. 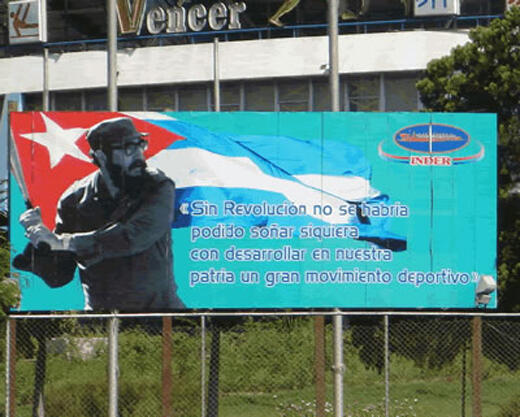 Without the revolution, we never could have dreamt of developing such a great sporting movement in our nation

[In the sign we see Castro with a baseball bat].

Cuba came home from the Beijing Olympics with 24 medals, including two gold. They didn't manage to win in basketball or women's volleyball, and won no gold medals in boxing, which had been expected. Their world ranking is now 28, a drop from fifth place after the Barcelona Olympics in 1992. Fidel Castro requested to pay tribute to the Cuban athletes and apparently said that "the crowd and the bad refereeing" were responsible for the poor results. 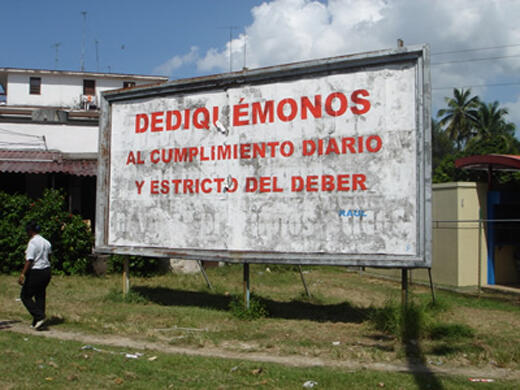 They consume three quarters of the energy produced worldwide

Following a strict energy programme in Cuba, 961,000 tonnes of fuel were conserved in 2006 and 2007. The system is based on the use of small generators around the island which are installed while the energy network is repaired and replaced, to decrease the use of electricity. Sixteen countries, mainly in Latin America, are now said to be trying out the scheme.

On alert and on the defence

From these men came a people 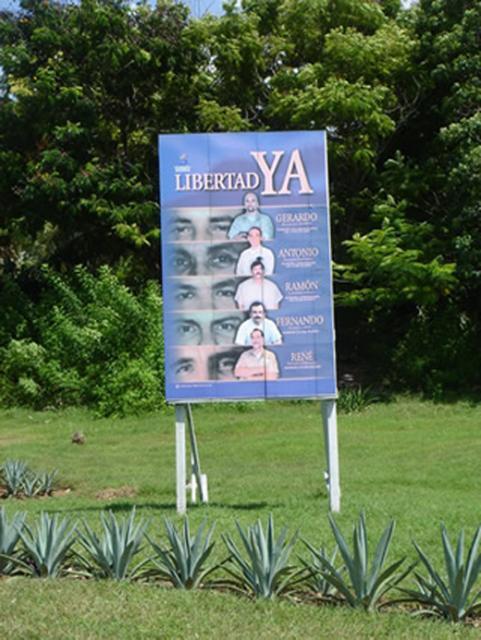 The men on the poster are known as the Cuban Five. They're in prison in the US, serving four life sentences and 75 years collectively after being convicted of espionage and conspiracy to commit murder in the United States. In their defence, they argued that they were involved in monitoring the actions of Miami-based terrorist groups in order to prevent attacks on their country. Over 250 committees have been established in the United States and around the world, demanding their immediate release. 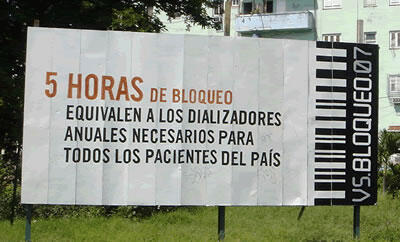 The United States embargo against Cuba is an economic, commercial, and financial embargo imposed on the Castro government since 1962. Until today, the "blockade" prohibits American companies from trading with Cuba. It's said to be the longest embargo in modern history. 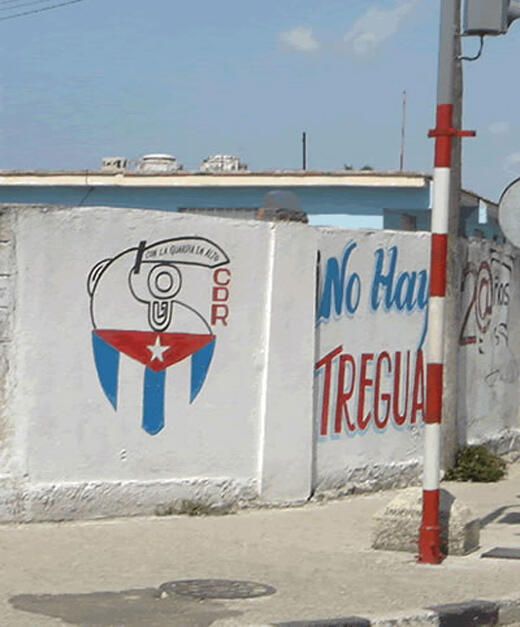 There is no truce

The symbol on the left is of the CDR: the Revolution Defence Committee. There is a committee branch in each housing block in Cuba. Their role, amongst others, is to provide medical care for the area. They're also expected to guard the neighbourhood and survey neighbours' movements.