"I was in Gori when the Russians attacked"

Leli Blagonravova, a Georgian photojournalist, was in Gori on August 8-9 when the Russians attacked. She sent us her personal account.

Leli Blagonravova, a Georgian photoreporter, was in Gori on August 8-9 when the Russians attacked. She sent us her personal account and some of her photos. WARNING: some of the photos are graphic.

"I couldn’t help them physically! I could just show what was going on"

I arrived in Gori on August 8, 2008. It was around 5pm. The first thing I saw was a plane starting to bomb the city (pic 01). Right then I didn’t realize what was happening, and asked other journalists whose plane it was. They answered that the plane was a Russian aircraft. Then other photojournalists and I grabbed the car of one of our colleagues, and drove to find a place where bombs had fallen. We drove very close to the place where Russian peacekeeping troops stood (pic 02). When we were at the beginning of the road that goes to Tskhinvali, one of the photographers said we should stop there, because it was too dangerous beyond. Sharpshooters were lurking there. We stopped and began looking toward the mountains. After 5 minutes I saw 3 bombs dropped in that direction (pic 03). One minute later, more bombs (pic 04) fell on another mountain. It was impossible to get there, because we did not know the roads and did not know if we could come back alive. On our way back, we met people who were leaving the area by car. I asked them where they were going and they answered that nobody knew. I realized that they were people living in Georgian villages - Eredvi and Tamarasheni (pic 05; 06; 07; 08; 09;), which are situated on that road from Gori to Tskhinvali. We stood there probably 1 hour and then we returned to Gori. We met hundreds of cars on our way back (pic 010; 011; 012; 013;).

"Everybody realized that there was a very high possibility that the city would be bombed that night. Everybody was very frightened. We spent the night awaiting Russian planes. But that night they didn’t appear. I walked down the street to see what the situation was like there. I saw Georgian reservists who had just arrived (pic 014; 015;). In the morning, around 7 am on August 9, the first Russian plane appeared in the sky, and we heard the first explosion (pic 016). We ran to the site to take photos, and then a second bomb exploded. We ran back and heard a third and a fourth explosion. The last one was very near to the town center. I took a car to see the location of the blasts. I saw streets full of broken windows, and a building on fire (pic 017; 018). I ran directely to the block where citizens lived and saw many dead bodies. People who were still alive were asking for help (pic 019; 020;). I couldn’t help them physically; I could just show what was going on and I started to take photos. Then I heard guns shooting, and I understood that if I didn’t leave, I would be killed. I didn’t have any safety equipment or bulletproof vest for working in a hot spot." 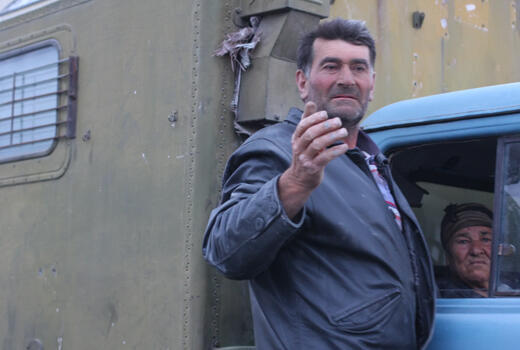 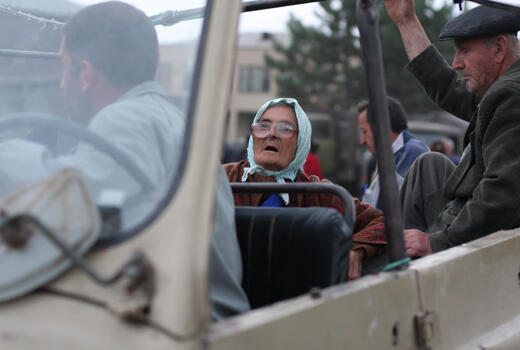 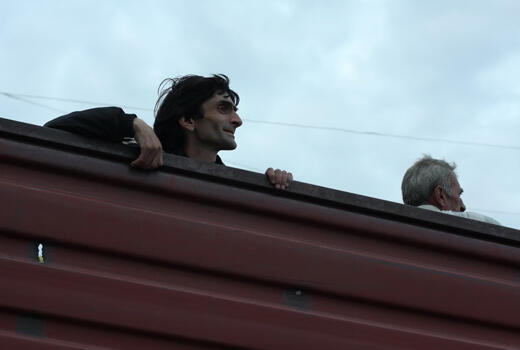 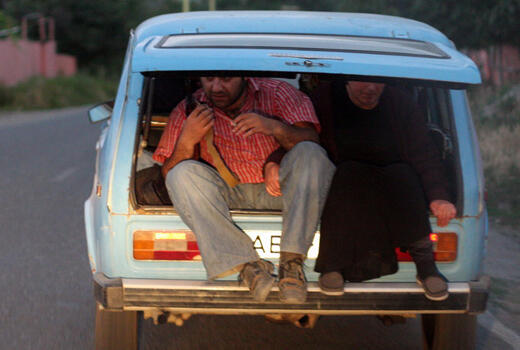 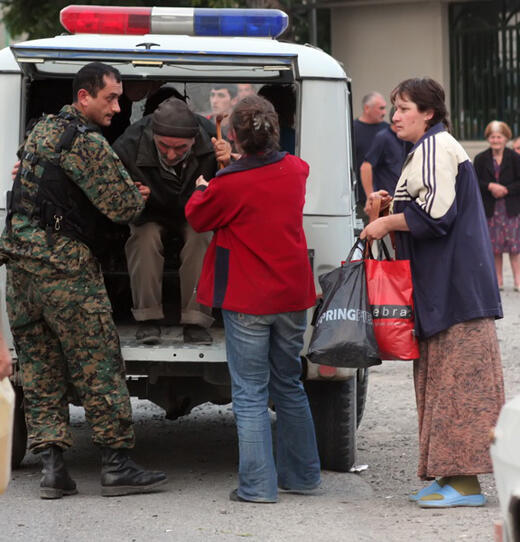 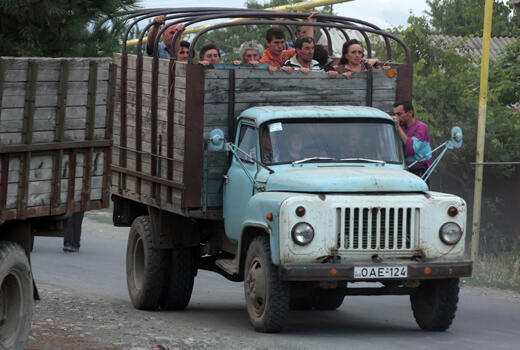 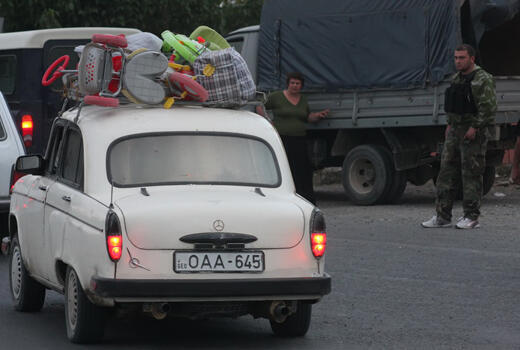 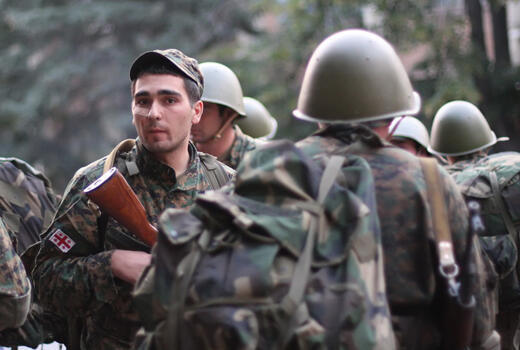 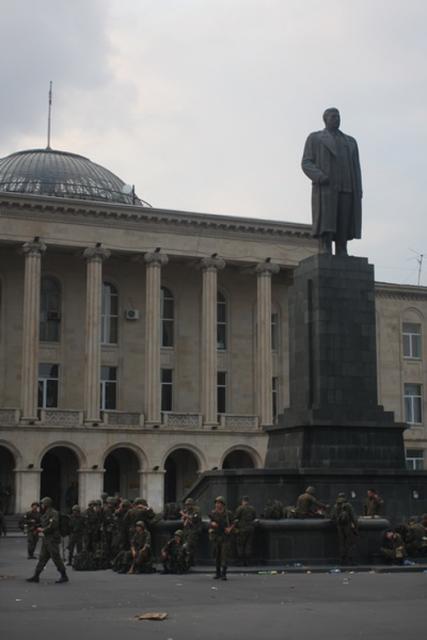 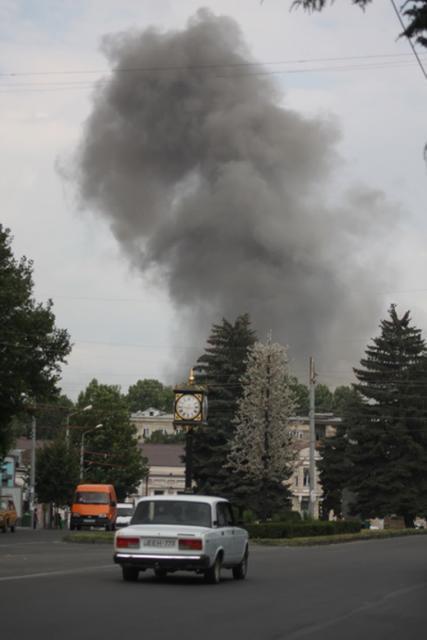 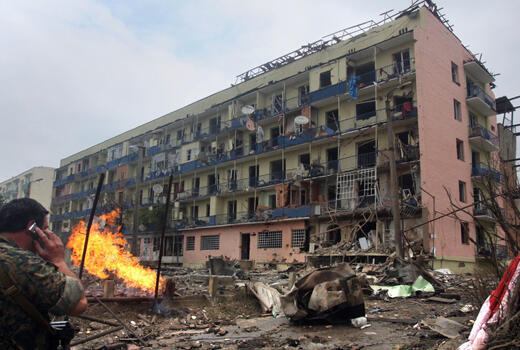 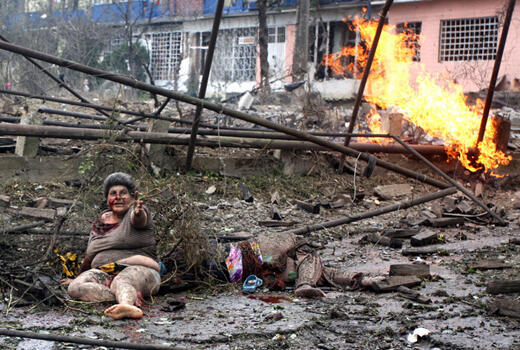 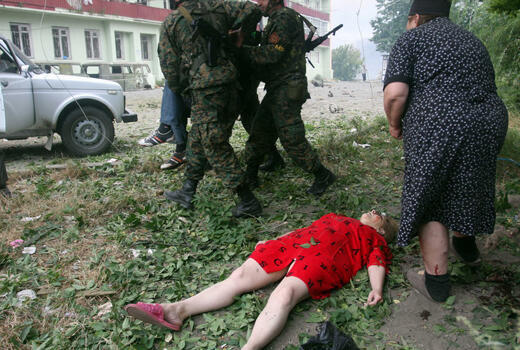